We are opposed around the world by a monolithic and ruthless conspiracy that relies primarily on covert means for expanding its sphere of influence — on infiltration instead of invasion, on subversion instead of elections, on intimidation instead of free choice, on guerrillas by night instead of armies by day 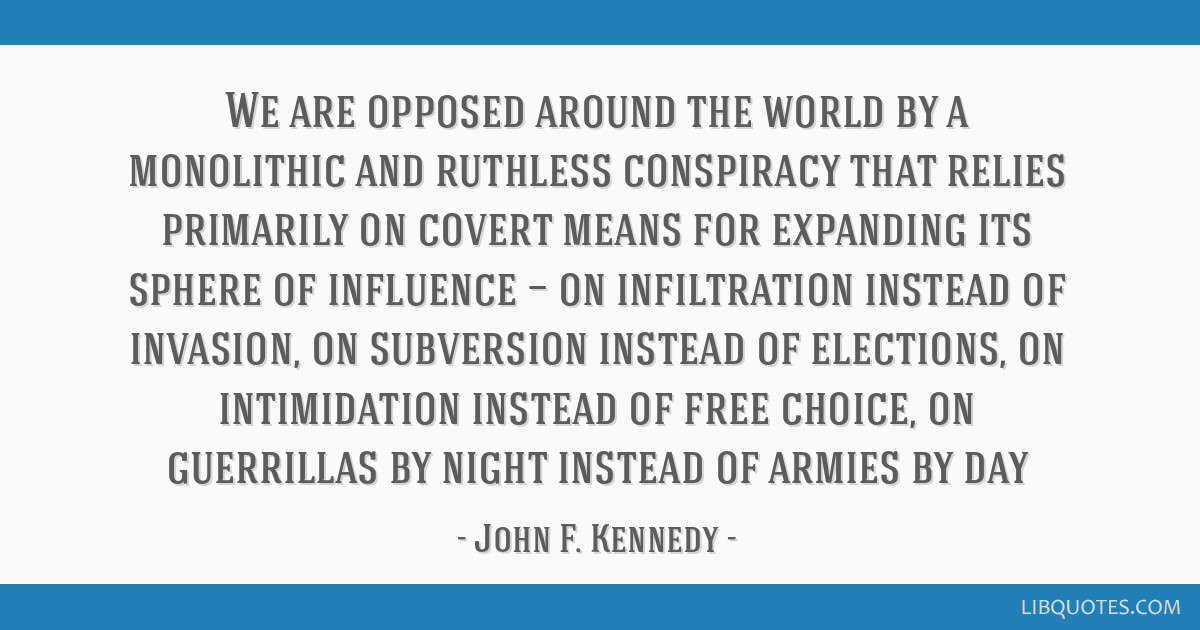 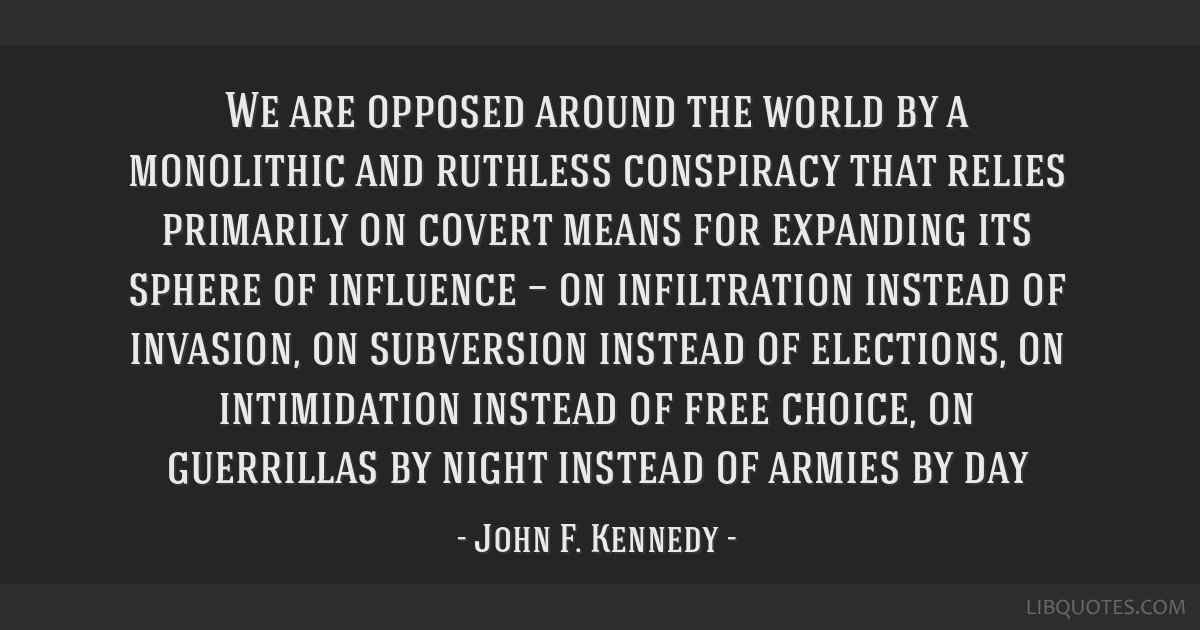 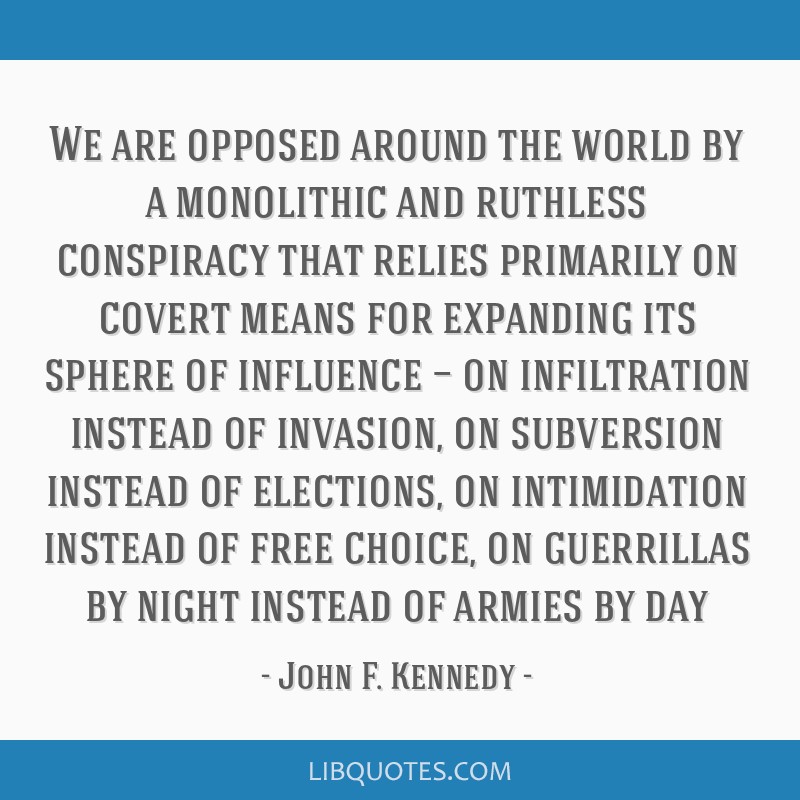 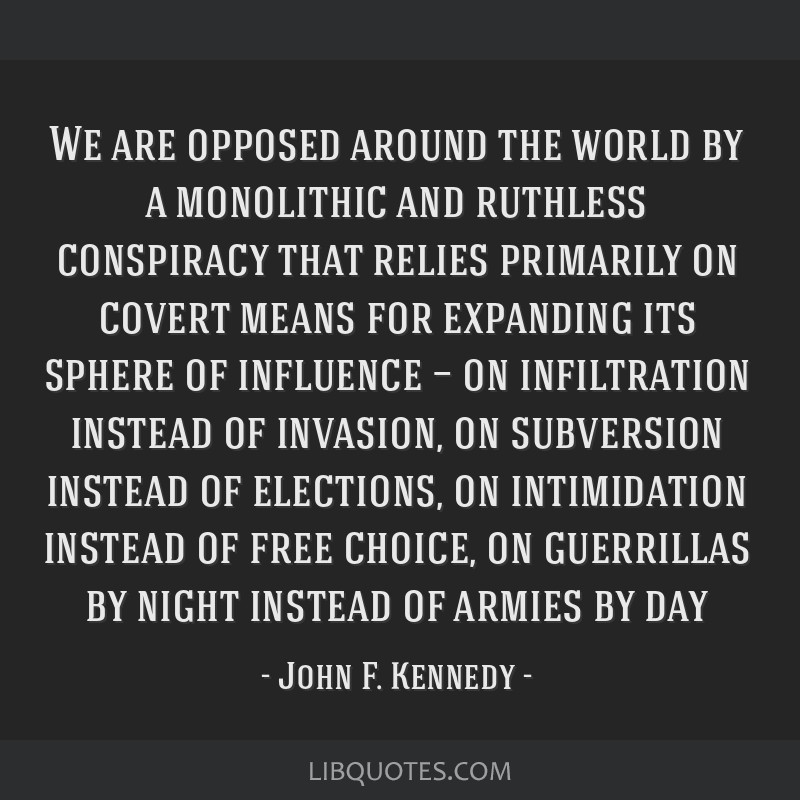