Some say that it is useless to speak of world peace or world law or world disarmament—and that it will be useless until the leaders of the Soviet Union adopt a more enlightened attitude. I hope they do. I believe we can help them do it. But I also believe that we must reexamine our own attitude—as individuals and as a Nation—for our attitude is as essential as theirs. And every graduate of this school, every thoughtful citizen who despairs of war and wishes to bring peace, should begin by looking inward—by examining his own attitude toward the possibilities of peace, toward the Soviet Union, toward the course of the cold war and toward freedom and peace here at home. 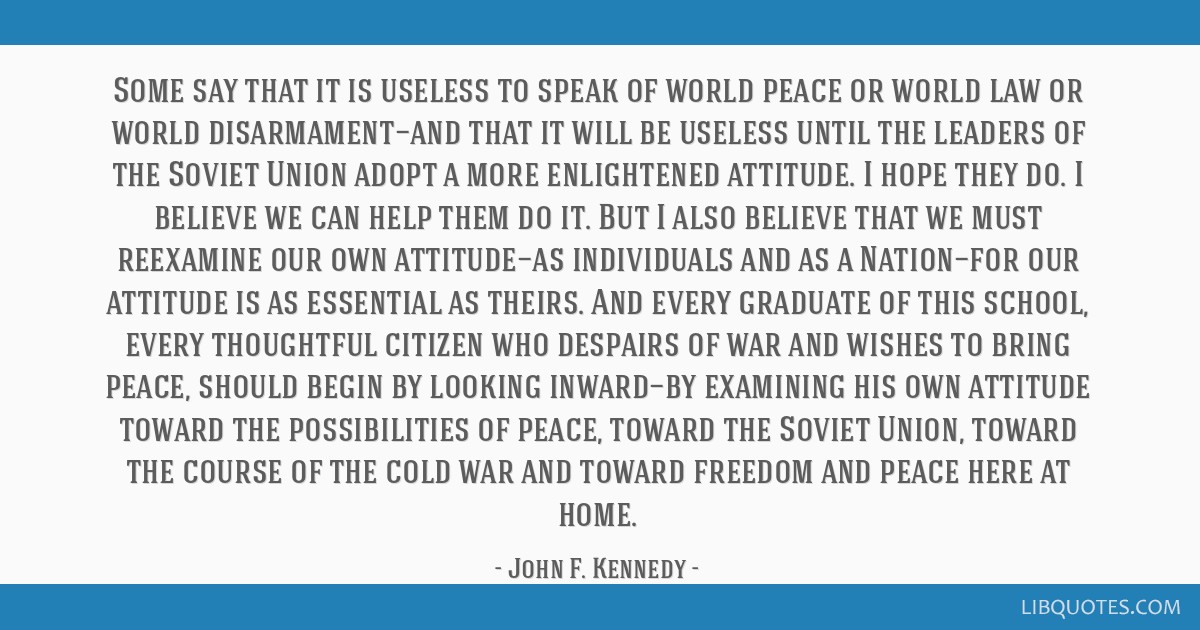 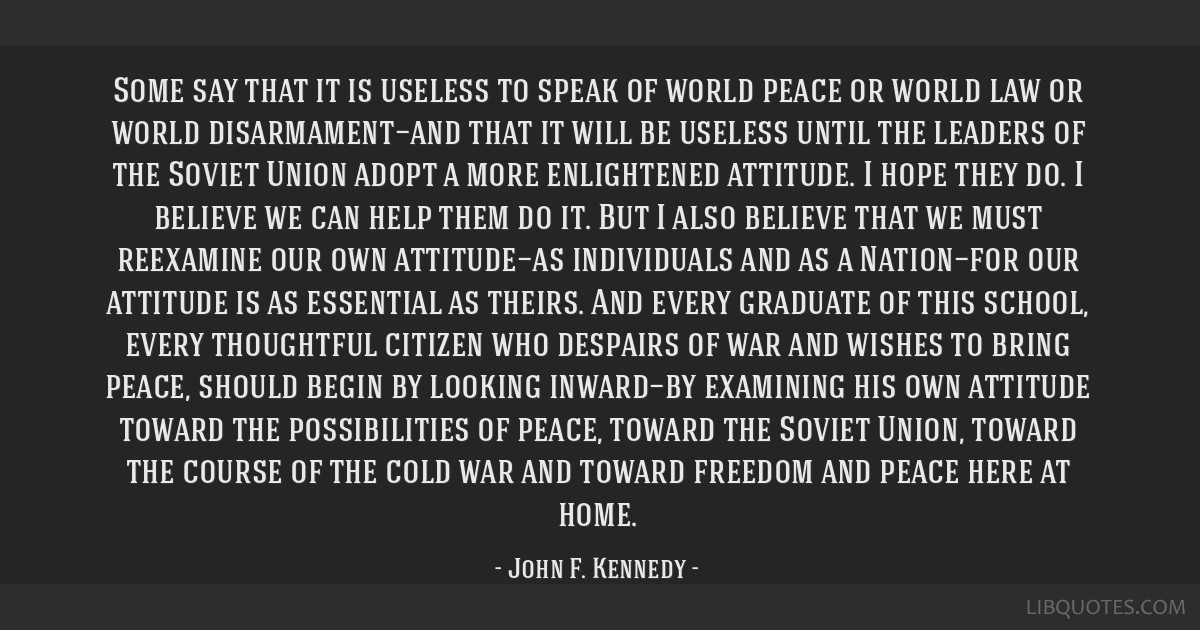 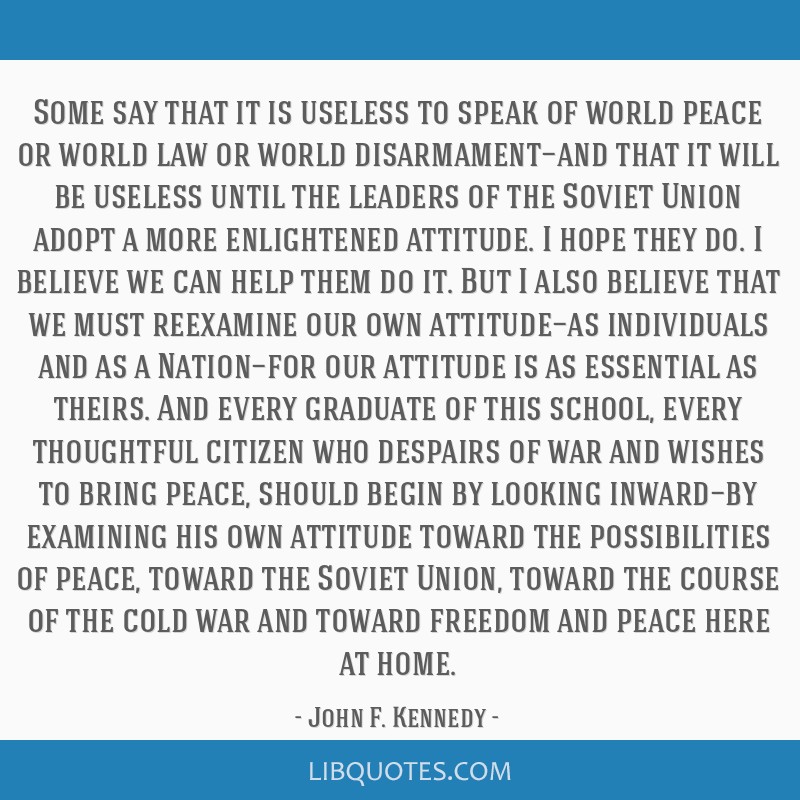 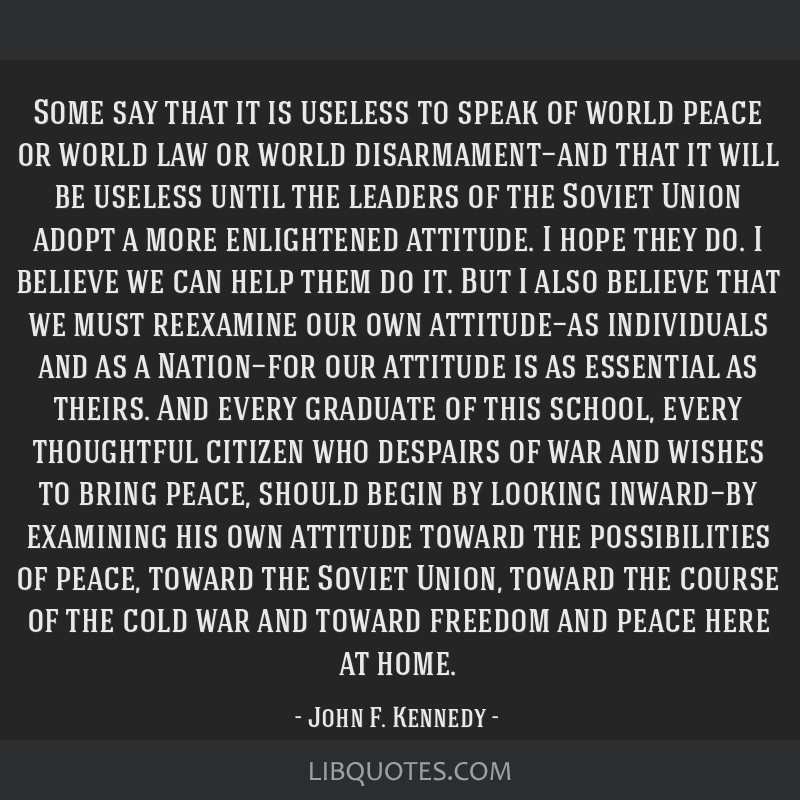