The United Nations cannot survive as a static organization. Its obligations are increasing as well as its size. Its Charter must be changed as well as its customs. The authors of that Charter did not intend that it be frozen in perpetuity. The science of weapons and war has made us all, far more than 18 years ago in San Francisco, one world and one human race, with one common destiny. In such a world, absolute sovereignty no longer assures us of absolute security. The conventions of peace must pull abreast and then ahead of the inventions of war. The United Nations, building on its successes and learning from its failures, must be developed into a genuine world security system. 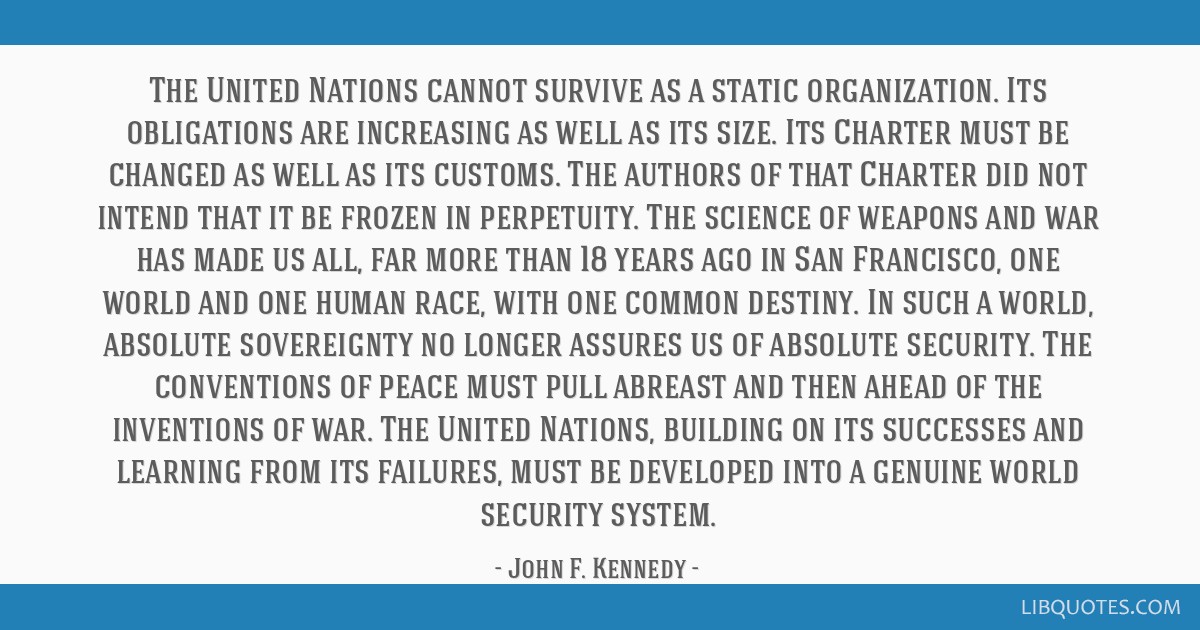 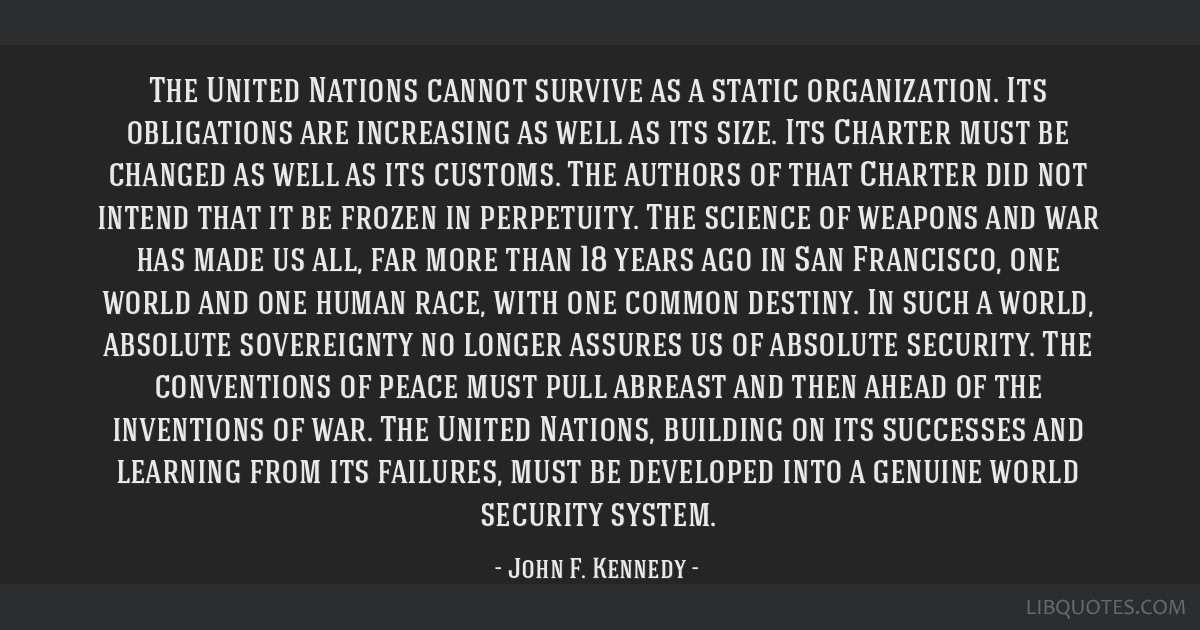 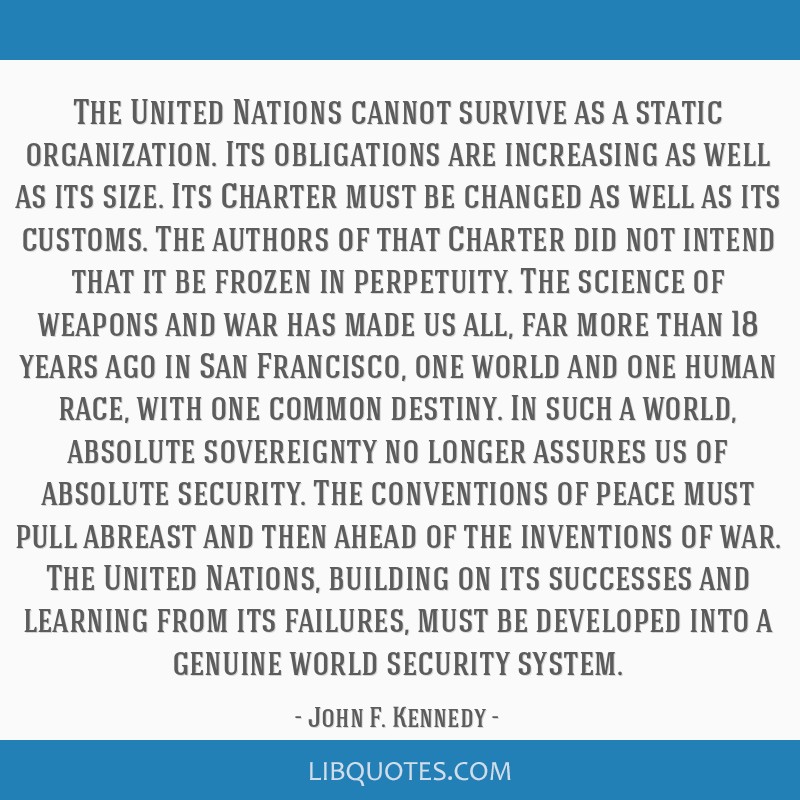 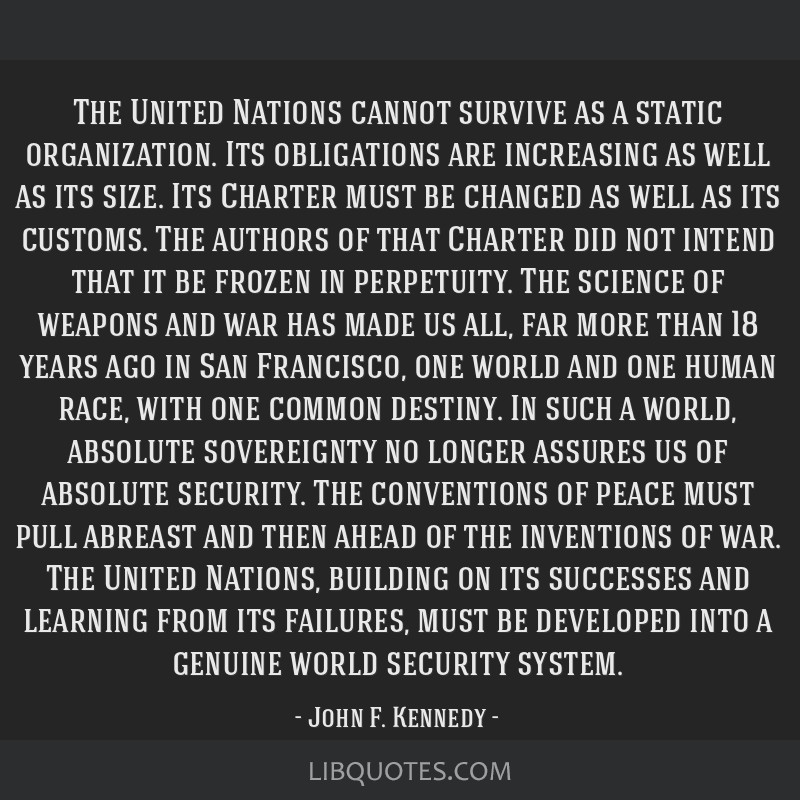