Nations eagerly invested their rulers with every prerogative needed to preserve their faith, and all the care to keep Church and State asunder, and to prevent the confusion of their powers, which had been the work of ages, was renounced in the intensity of the crisis. Atrocious deeds were done, in which religious passion was often the instrument, but policy was the motive.
Fanaticism displays itself in the masses; but the masses were rarely fanaticised; and the crimes ascribed to it were commonly due to the calculations of dispassionate politicians.

The History of Freedom in Christianity (1877) 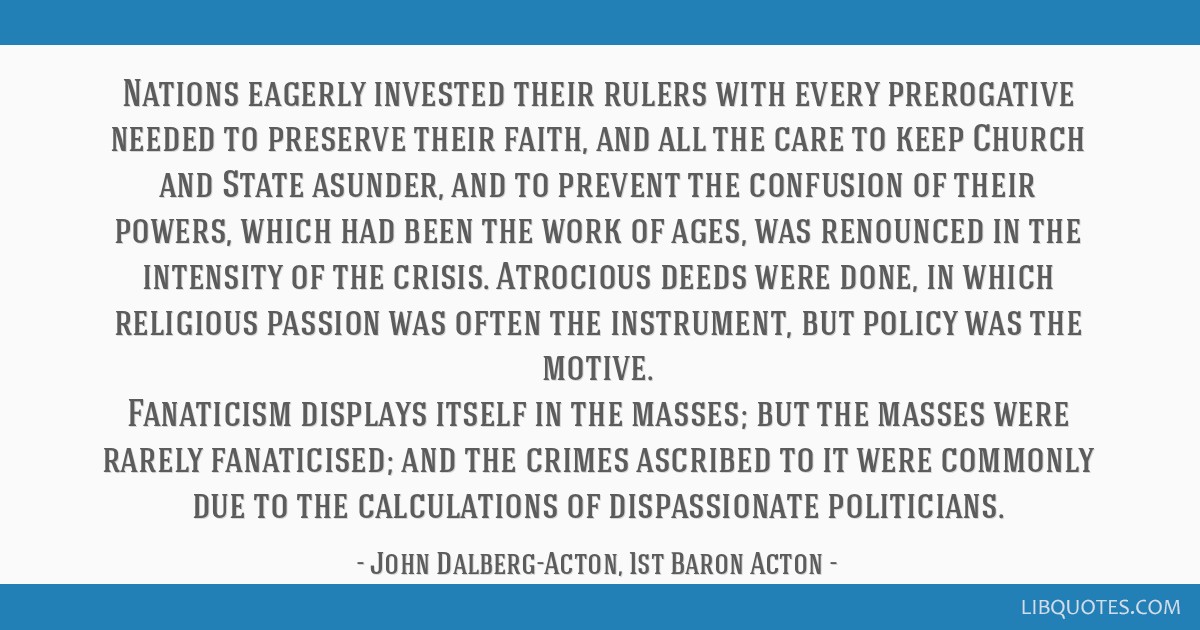 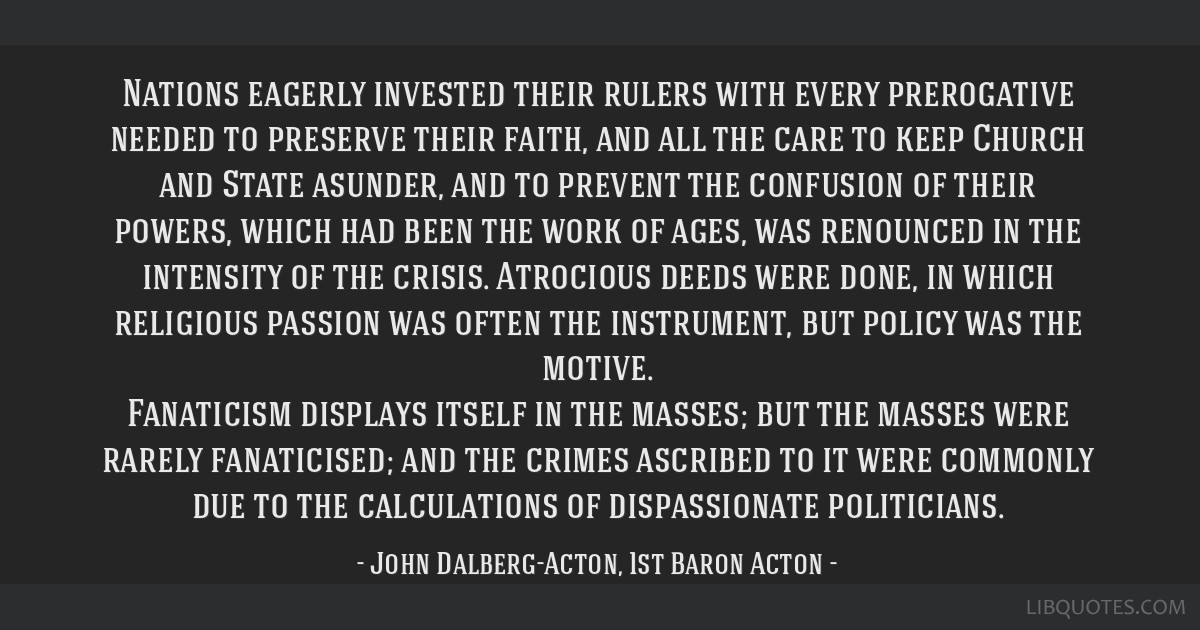 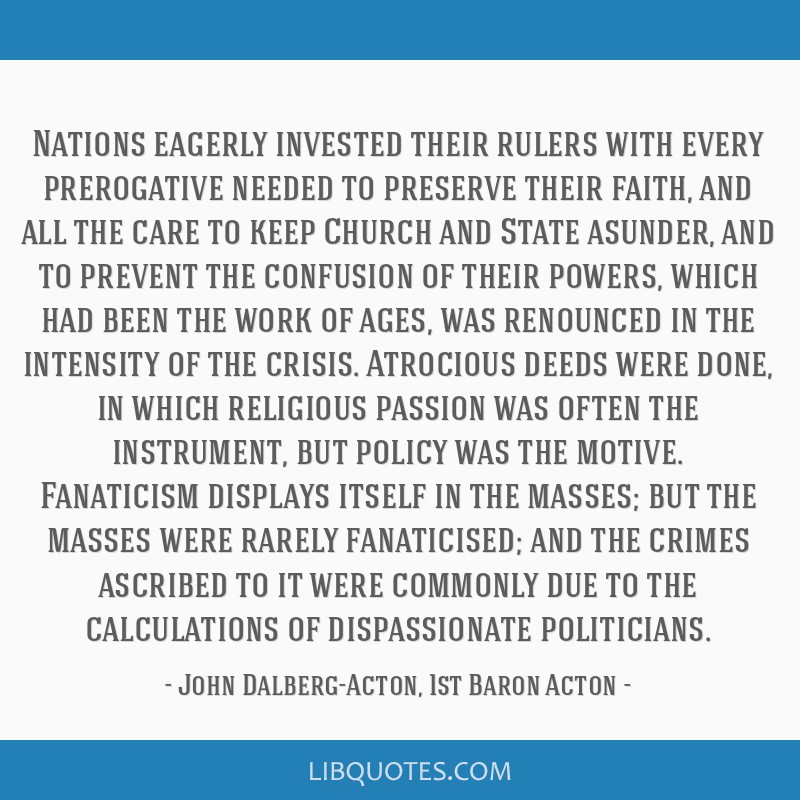 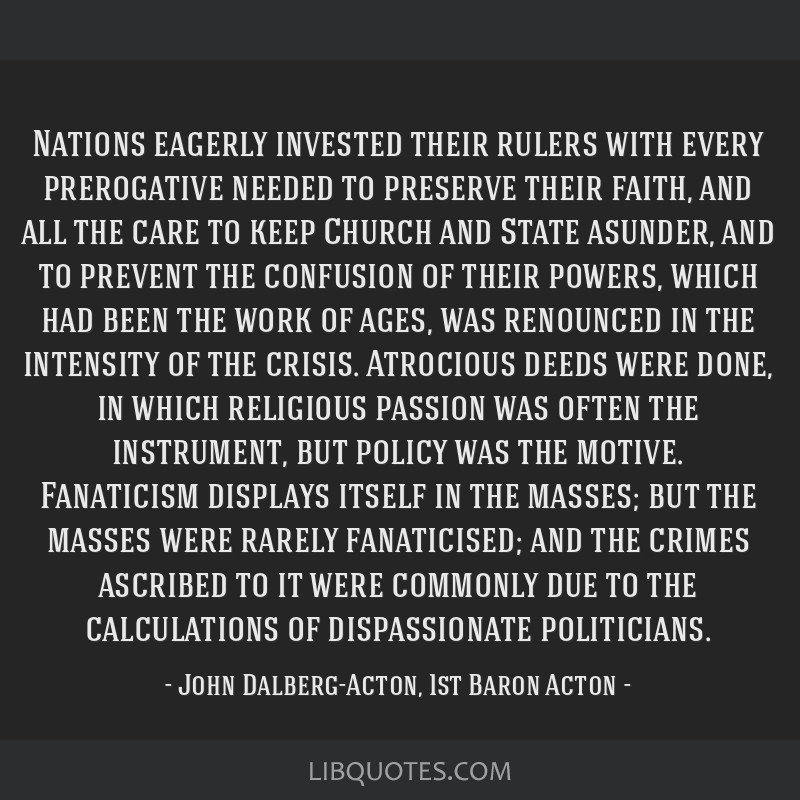