Stirner and Nietzsche [adopt] a mode of thinking which is personal, introspective, and which while often operating on alternative systems of belief and action does so only as a means of better grasping one dominant goal—the patterns of individual redemption. Stirner and Nietzsche are not primarily interested in critique as such. … Their work is too egoistically compelled for them ever to employ the external world as more than the repository for a series of projections of their own. 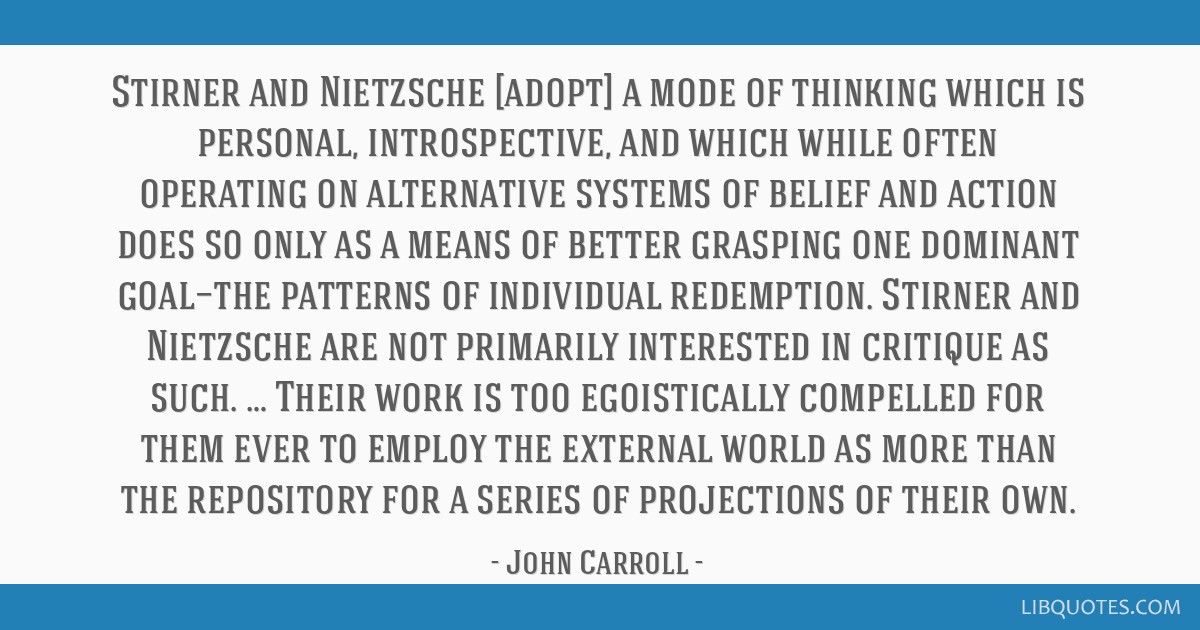 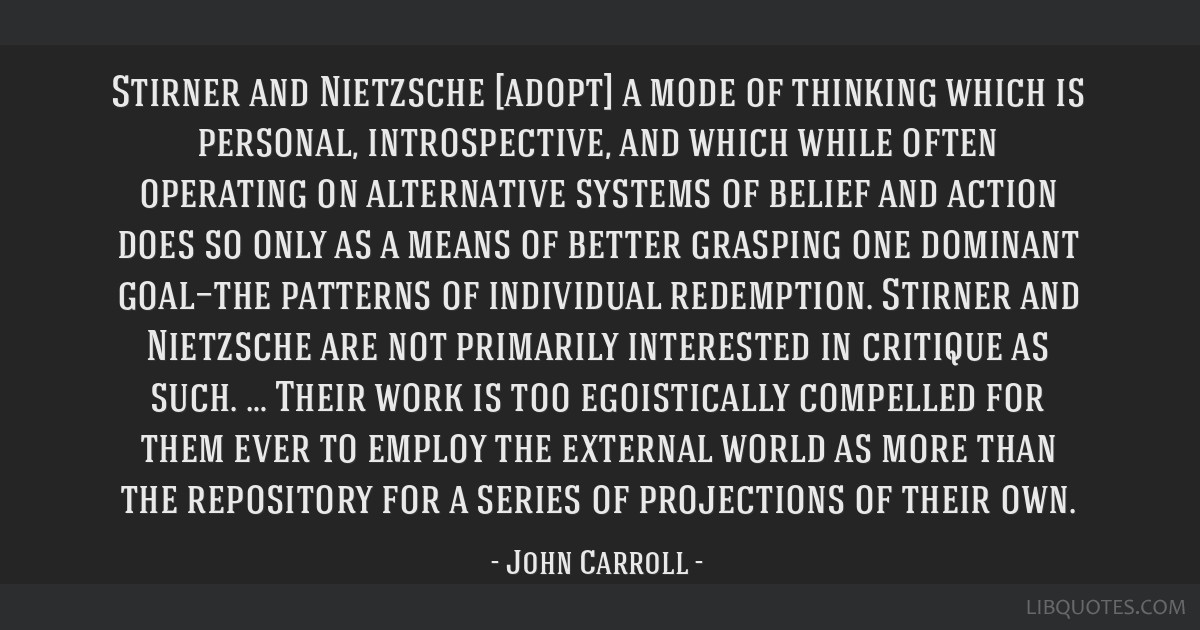 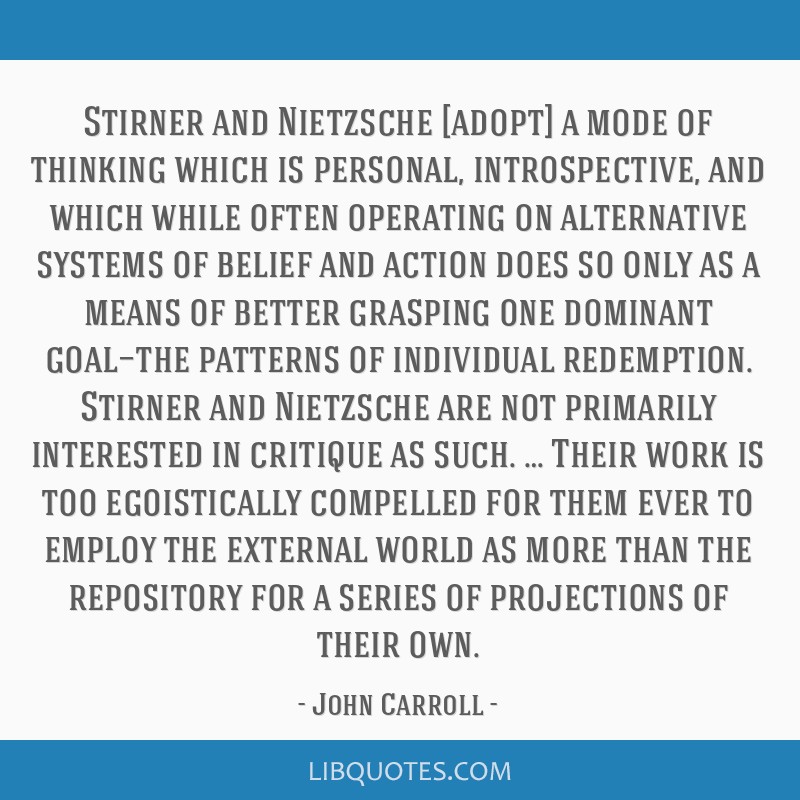 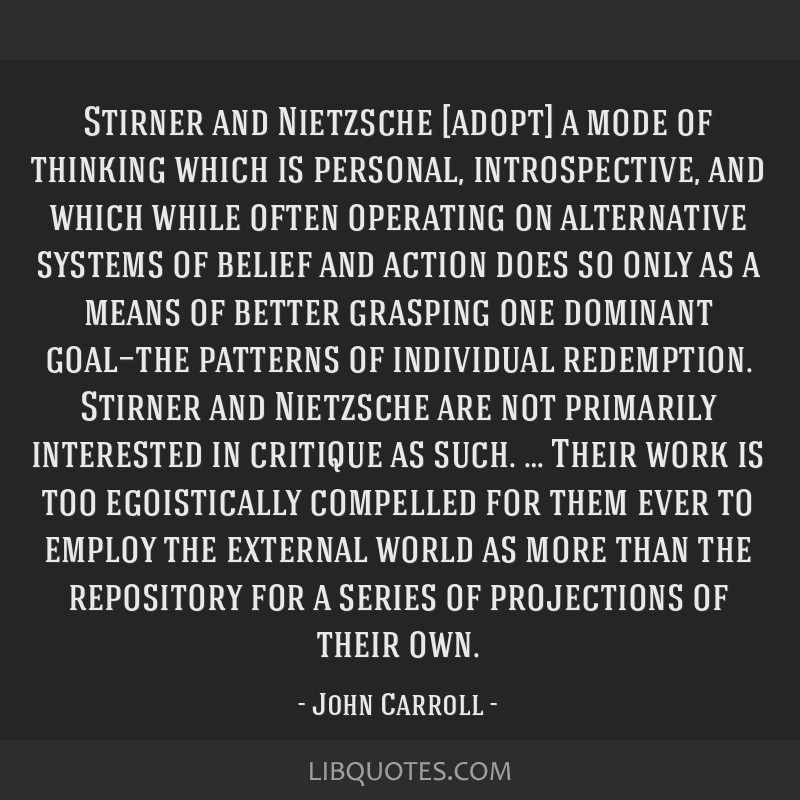