Dostoevsky believed that the gods of rationalism and materialist utilitarianism had joined in conspiracy against all other ethical systems. … The accumulation of capital, or the acquisition of money, are endeavors par excellence which establish a quantifiable goal: hence they are directly amenable to maximization formulae. 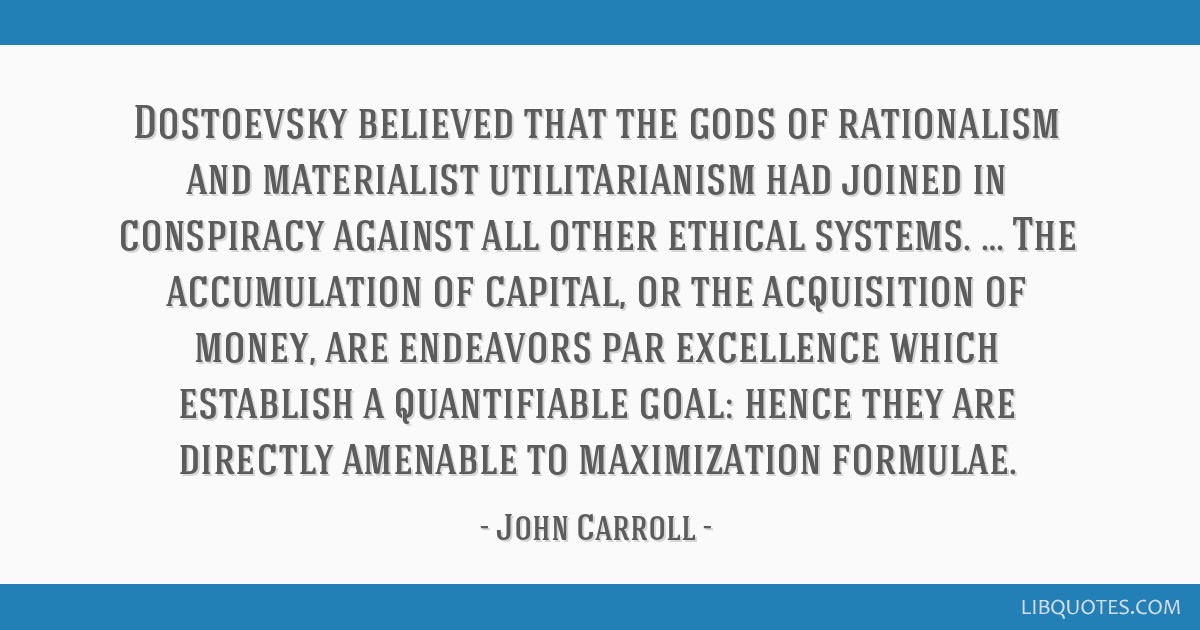 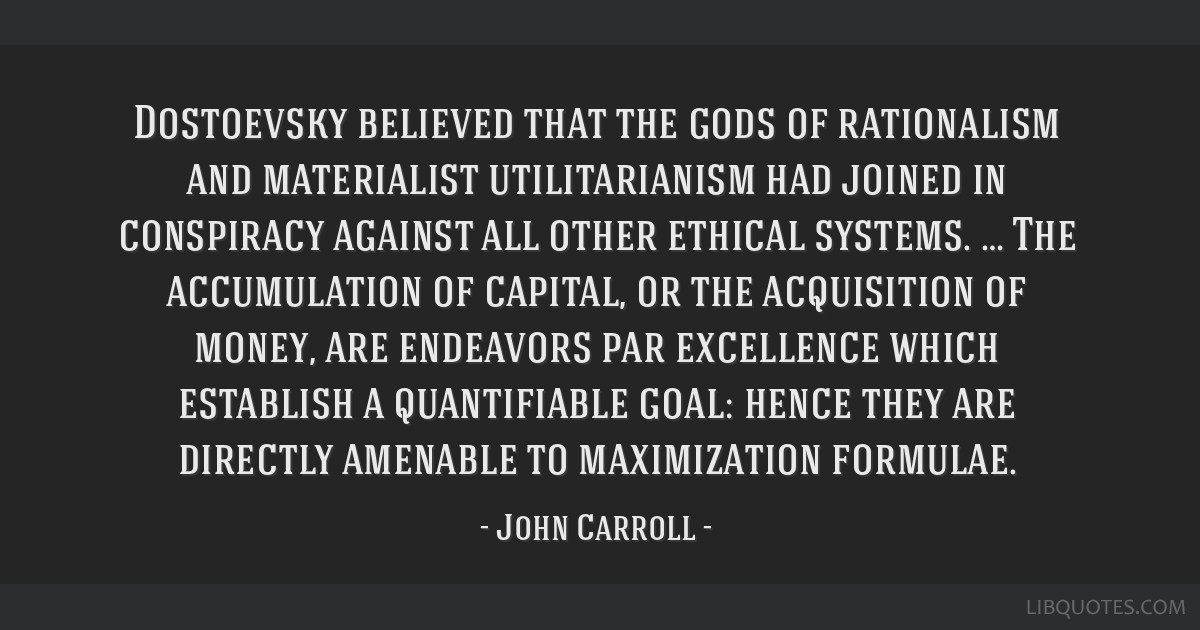 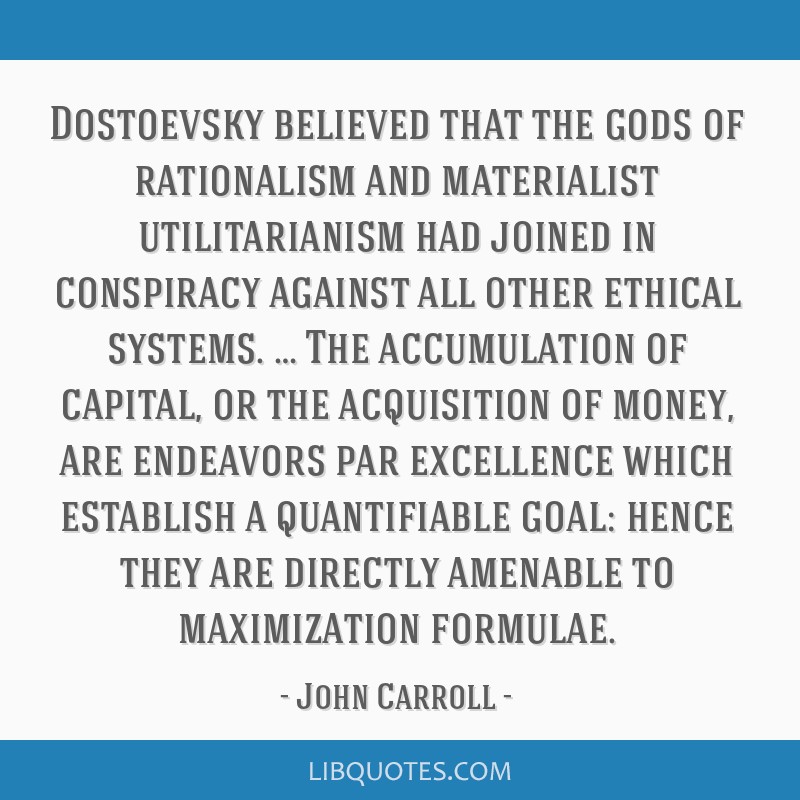 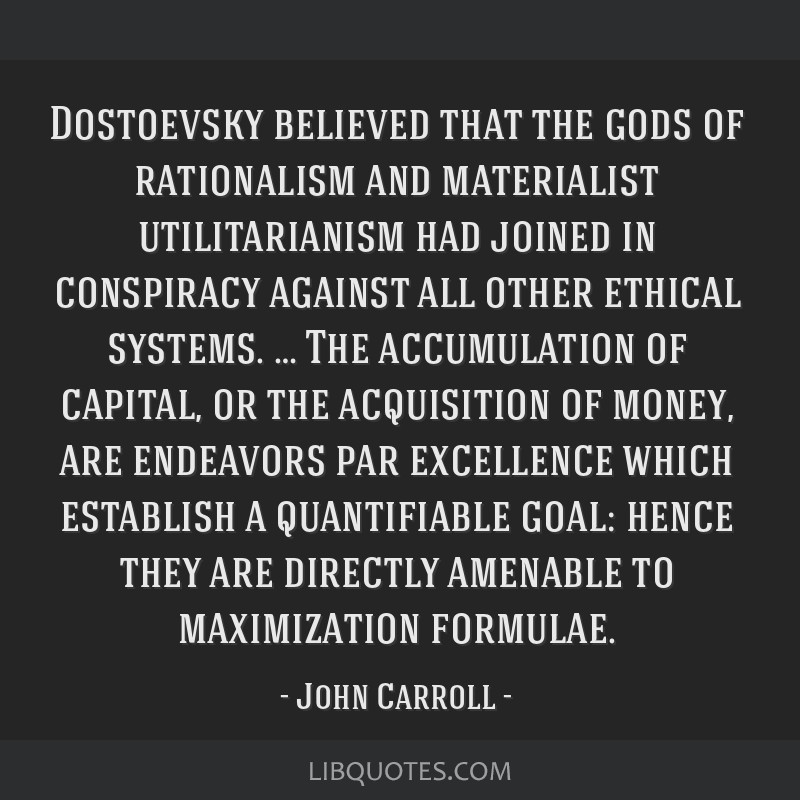