The possibility of a genuine metatheory of morality is not available. Even psychology has its ethical presuppositions. … A metatheory of morality would be legitimate only if the existence of a hierarchy of absolute, and hence unconditioned, truths were established. They would then provide a framework of supra-ethical categories. The primary ambition of Nietzsche's critique of knowledge is to expose just such an exercise … as sleight of hand, an efficacious deception. This critique sets out to demonstrate that 'truths' are fictions masking moral commitments 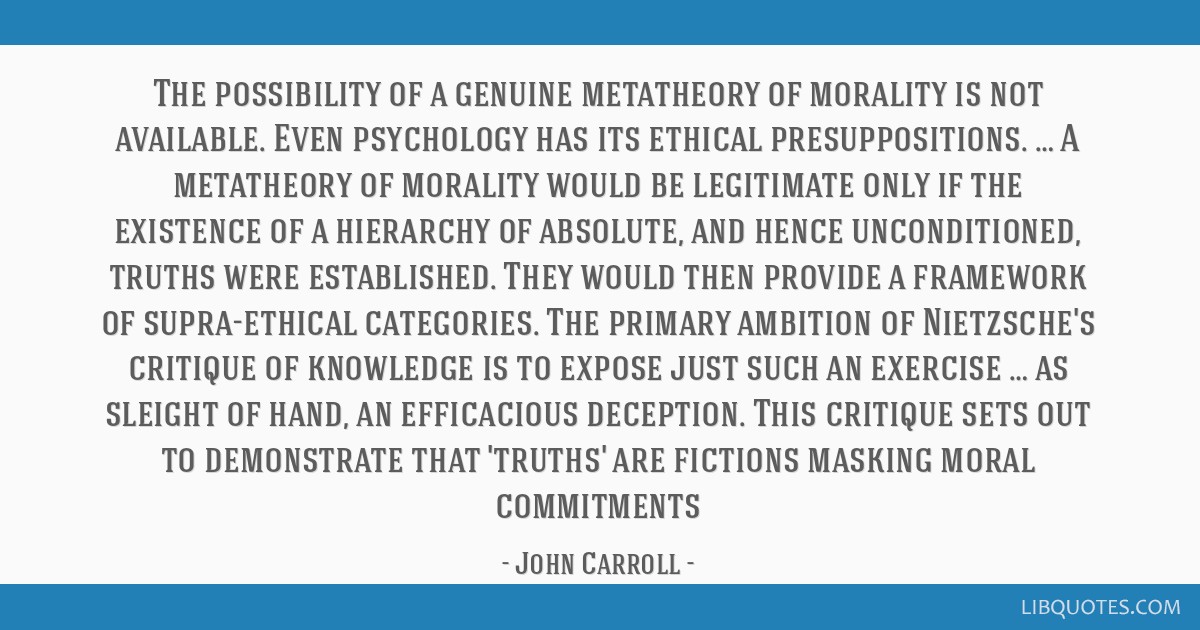 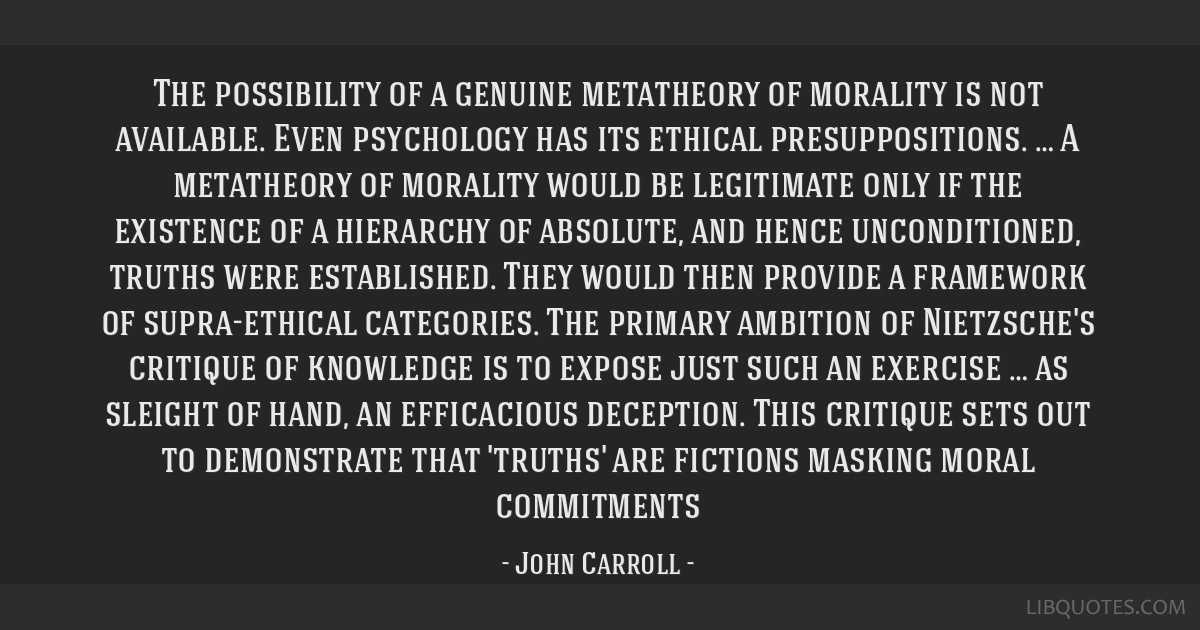 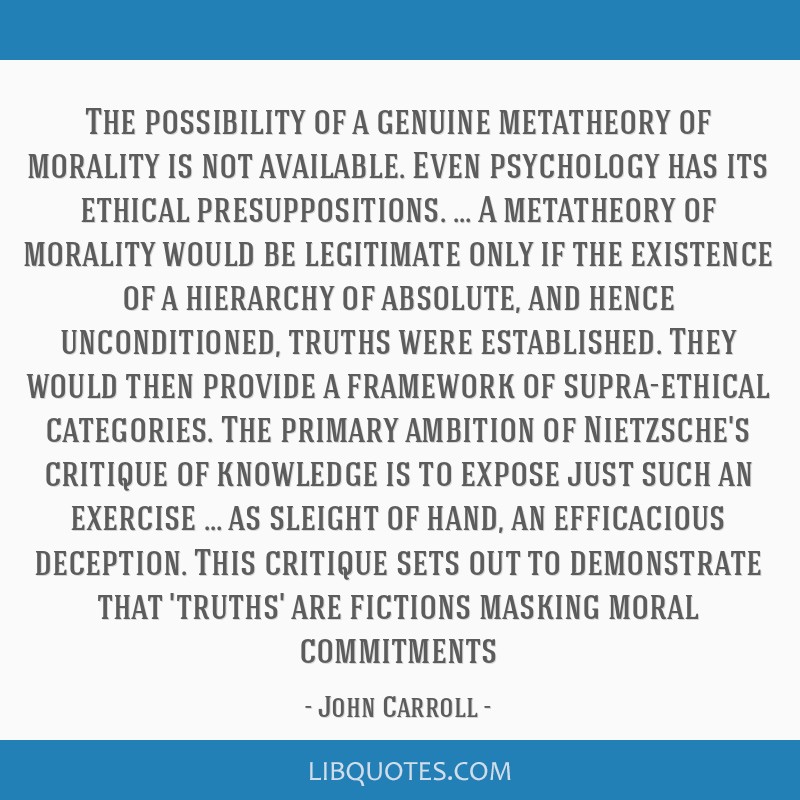 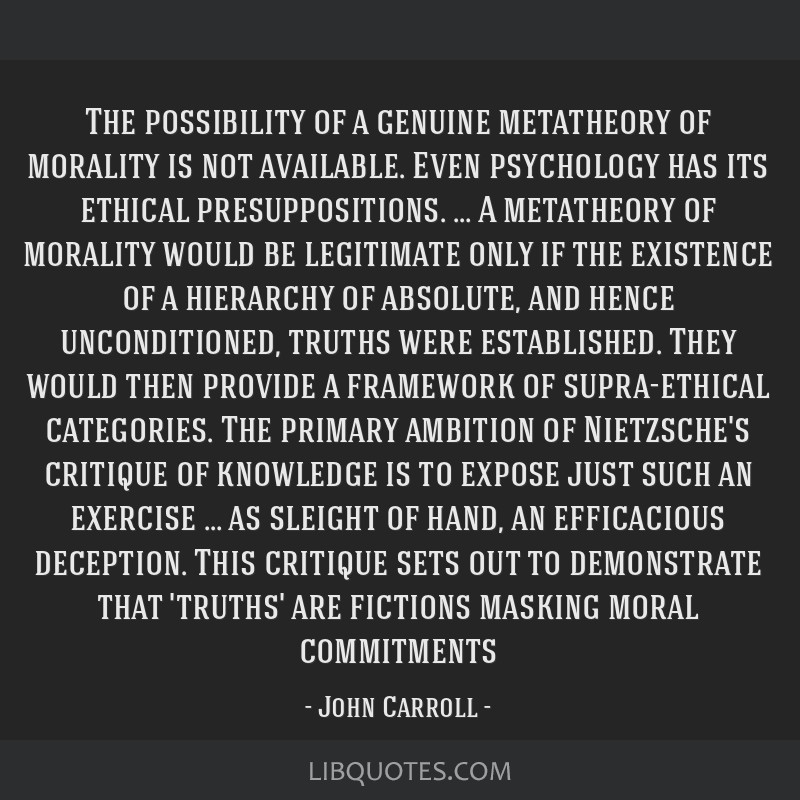