The act of greatest subversion … is the one of indifference. A man, or a group, finds it unbearable that someone can be simply uninterested in his, or its, convictions. … There is a degree of complicity, or mutual respect, between the believer and the man who attacks his beliefs (the revolutionary), for the latter takes them seriously. 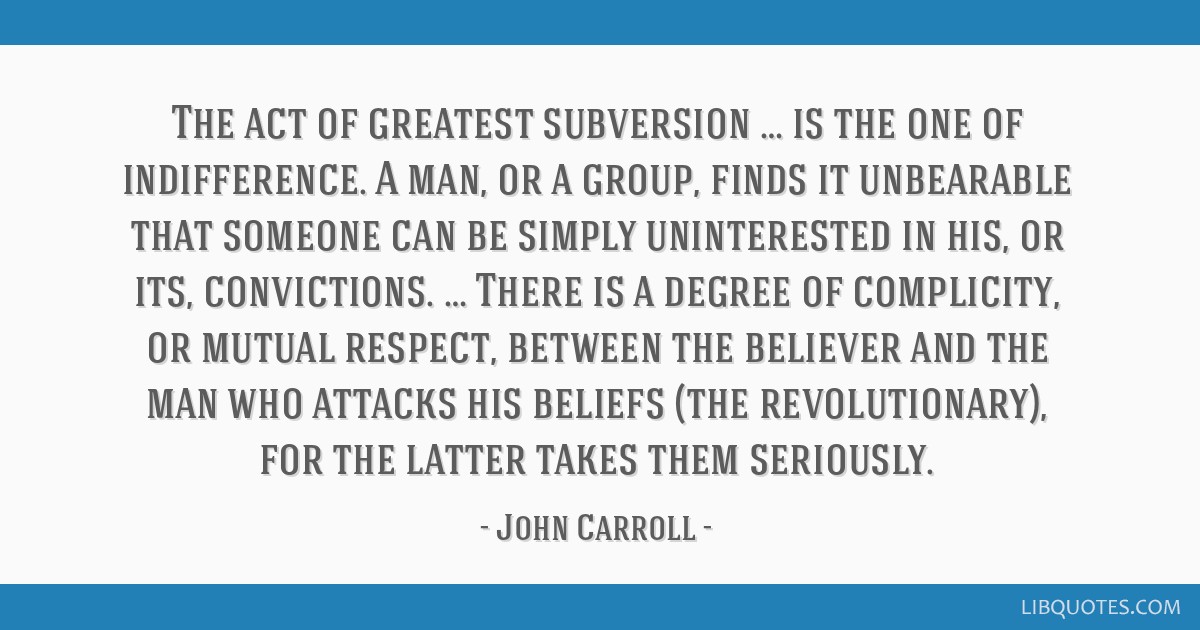 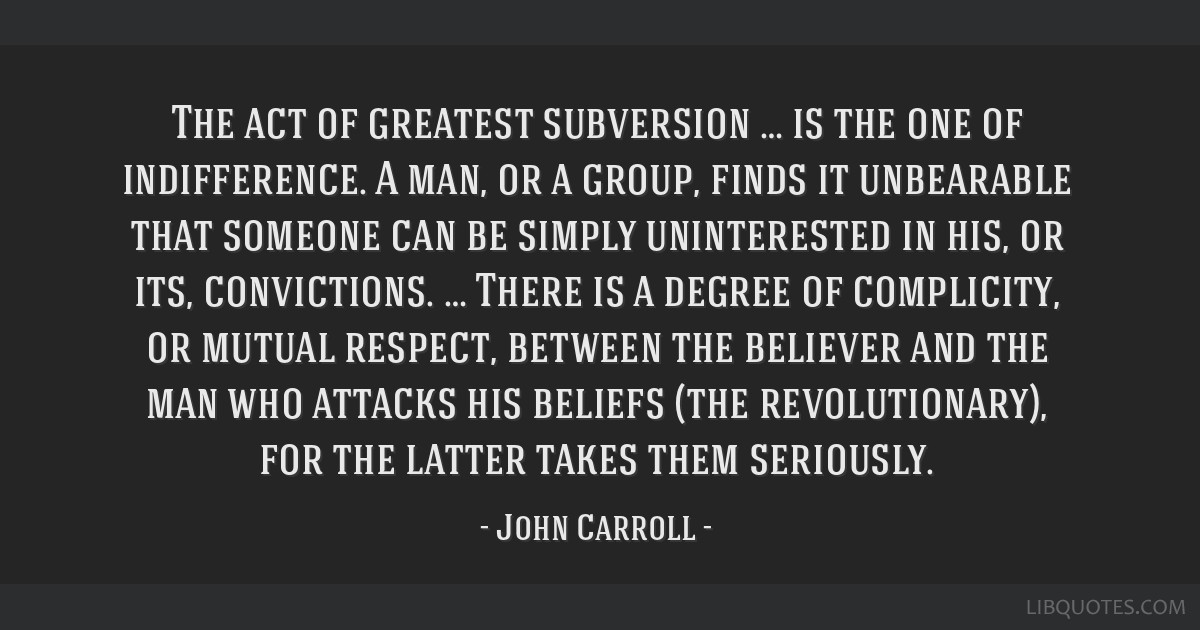 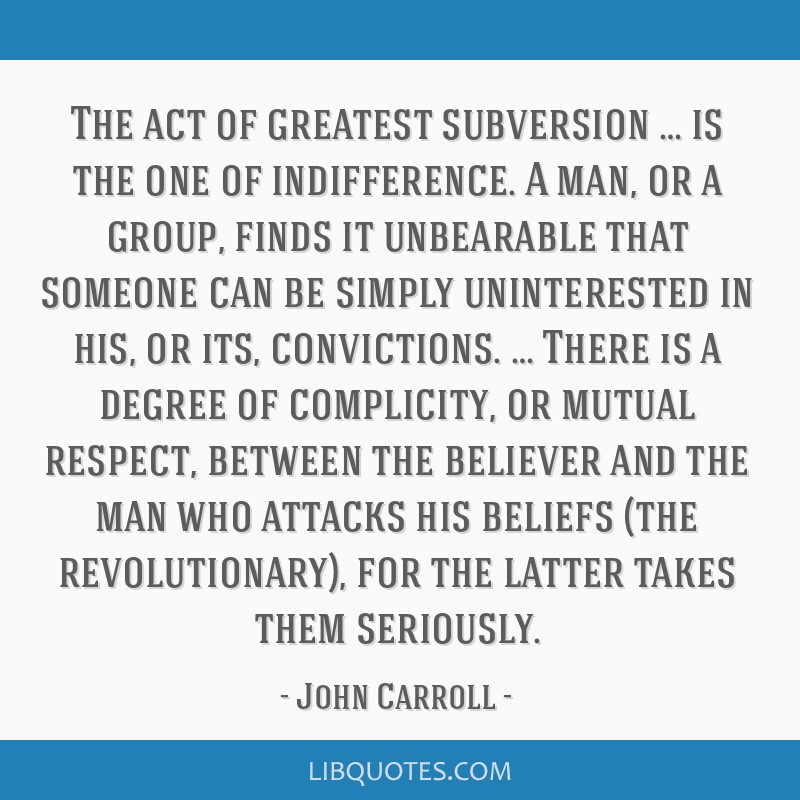 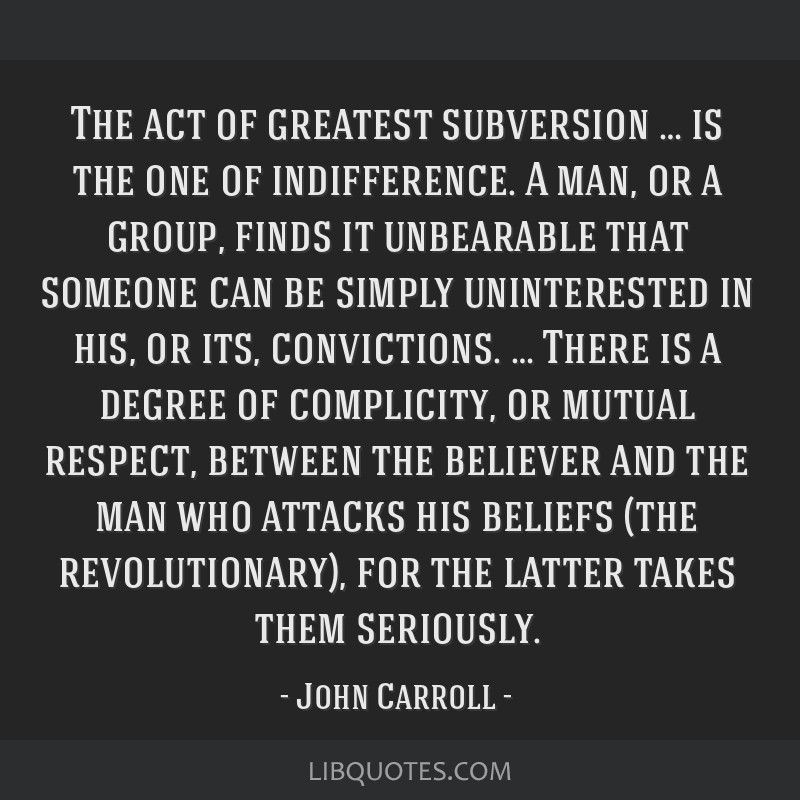