The die is cast. The people have passed the river and cut away the bridge. Last night three cargoes of tea were emptied into the harbor. This is the grandest event which has ever yet happened since the controversy with Britain opened.

The Works of John Adams, Second President of the United States (ed. 1854) 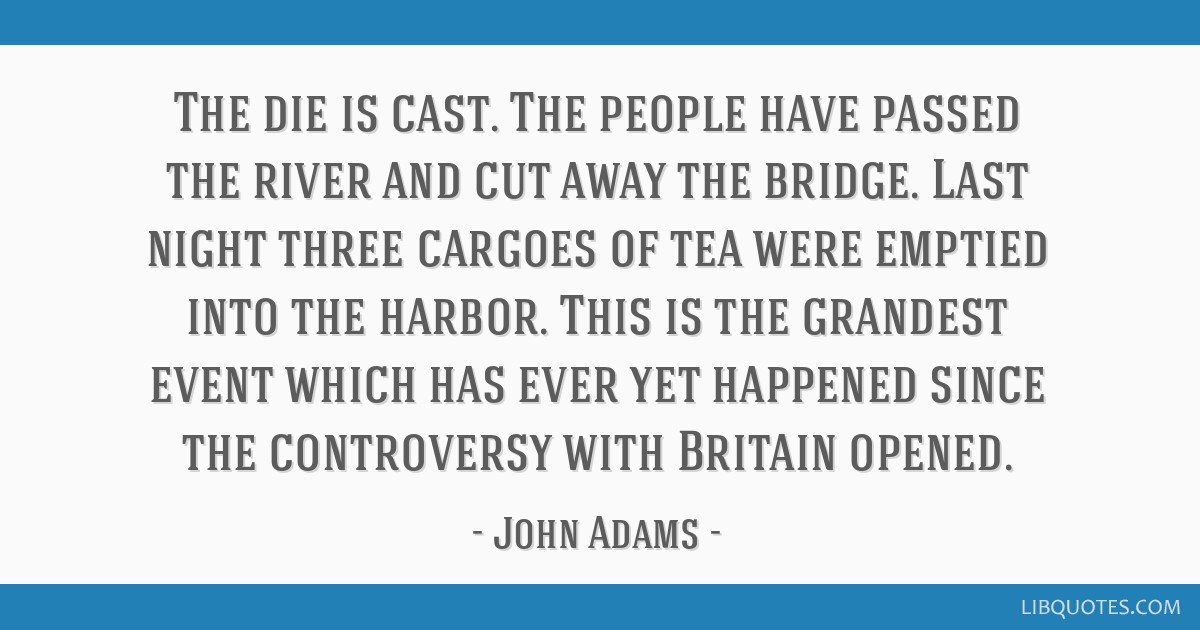 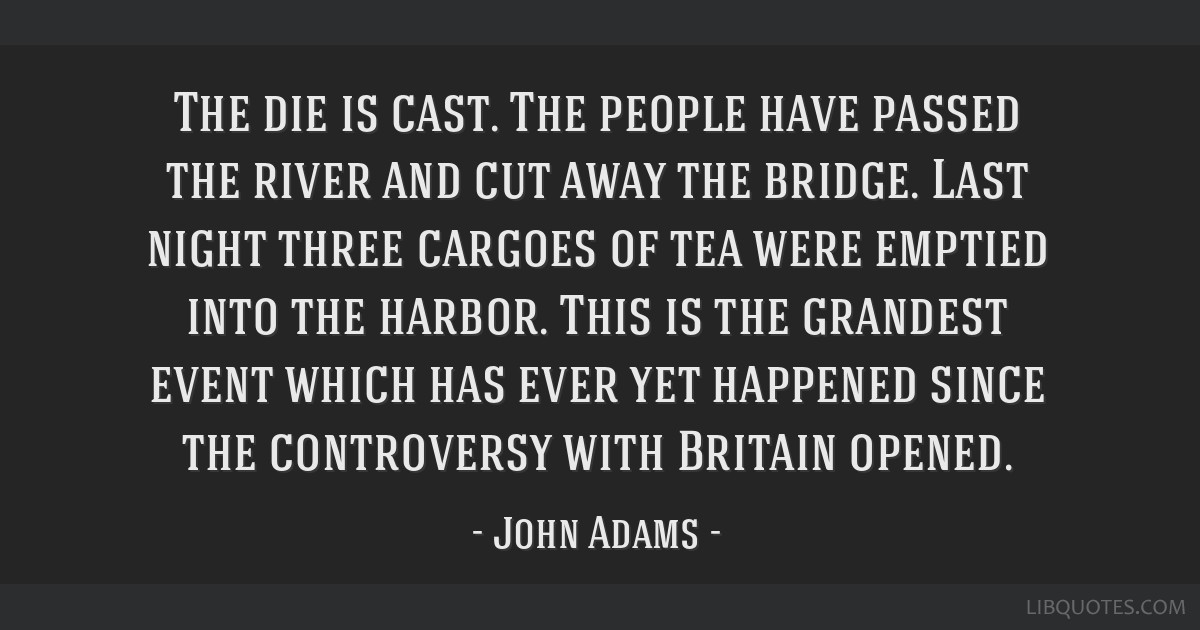 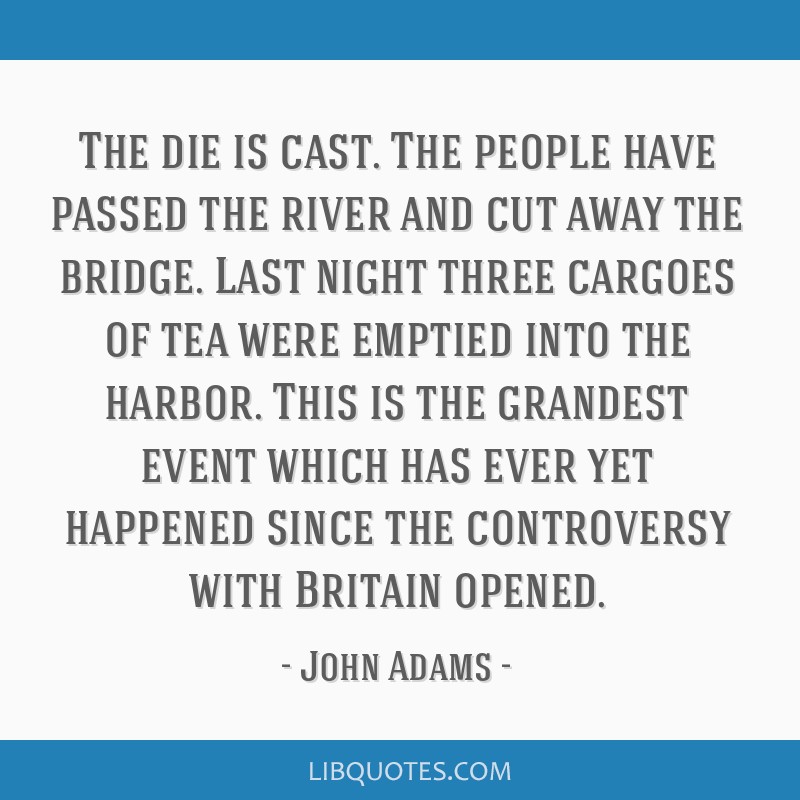 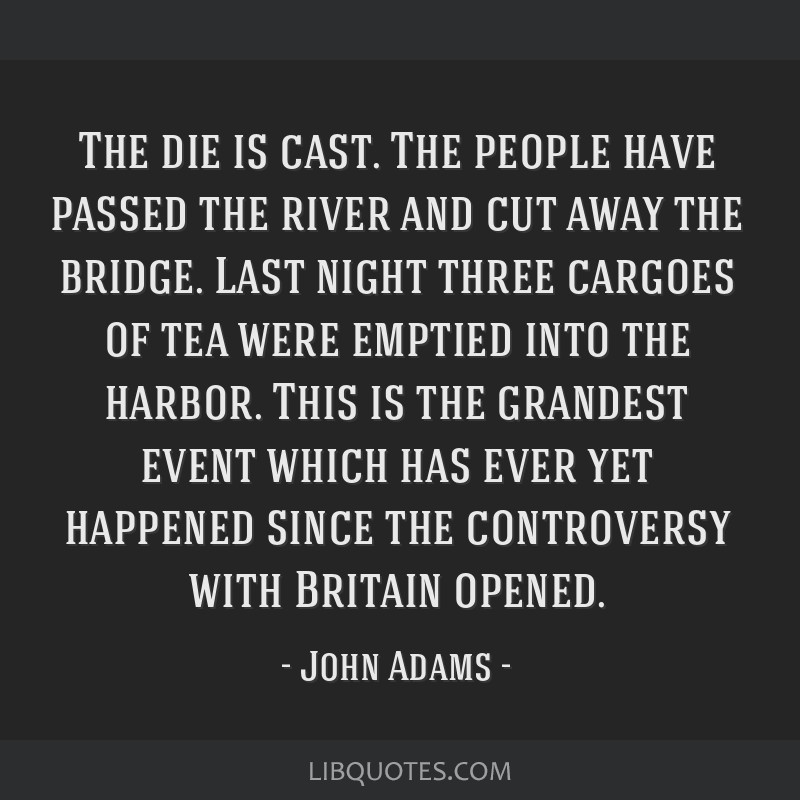 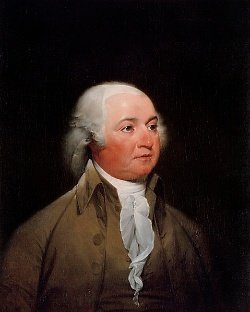