Nothing which consists of corporeal matter is absolutely light, but that is comparatively lighter which is rarer, either by its own nature, or by accidental heat. And it is not to be thought that light bodies are escaping to the surface of the universe while they are carried upwards, or that they are not attracted by the earth. They are attracted, but in a less degree, and so are driven outwards by the heavy bodies; which being done, they stop, and are kept by the earth in their own place. 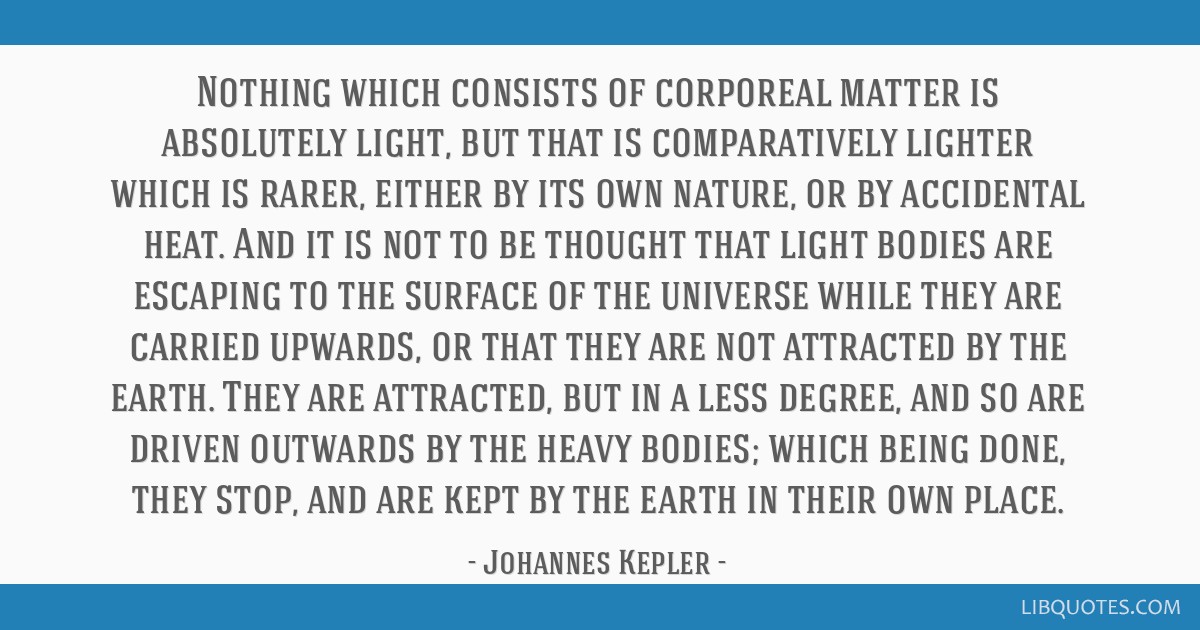 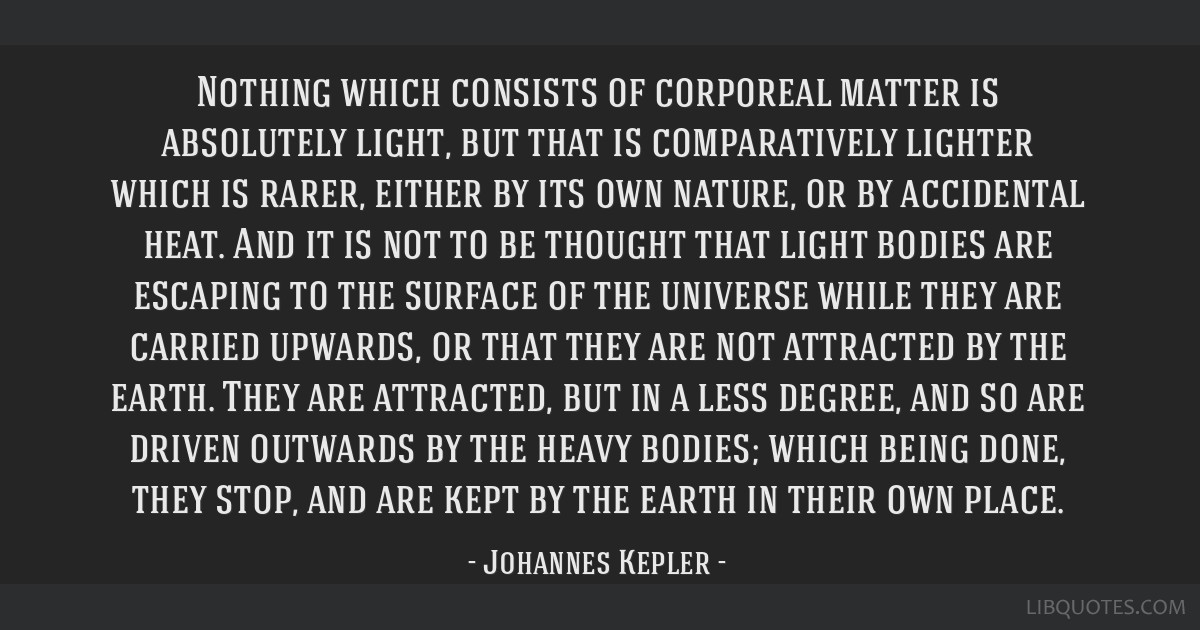 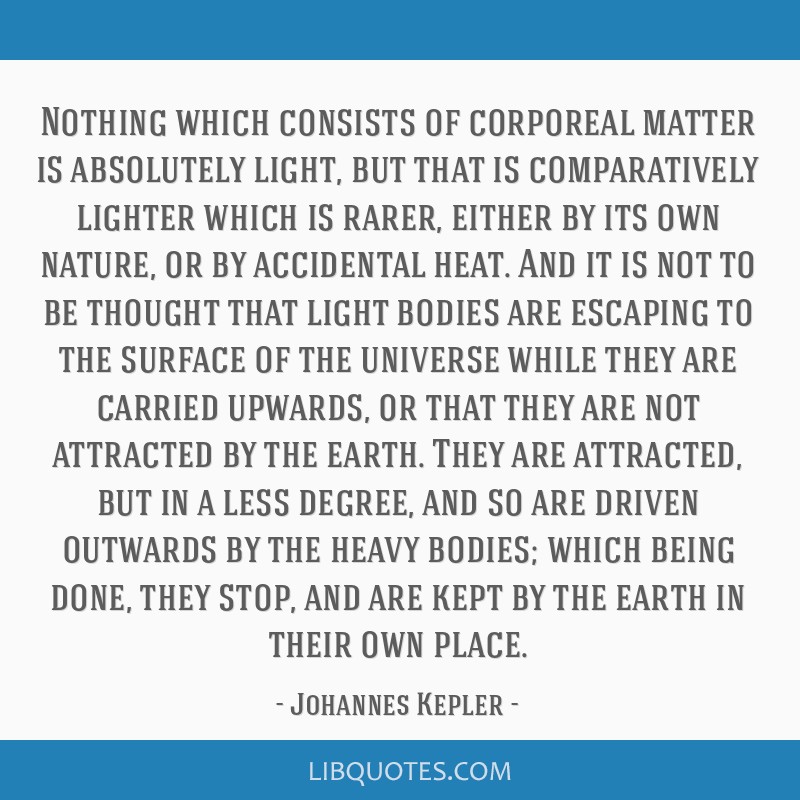 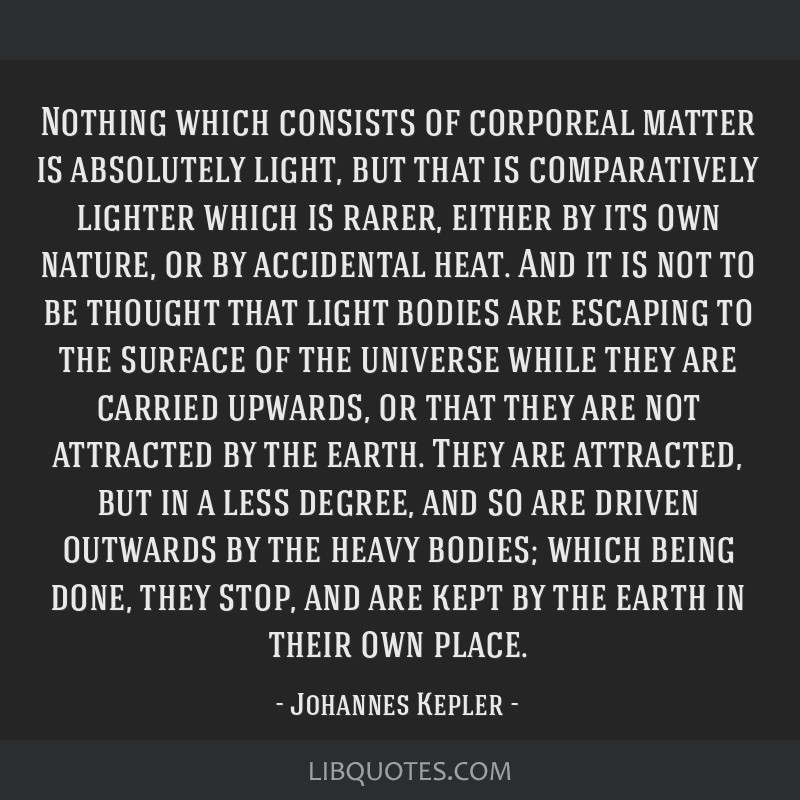 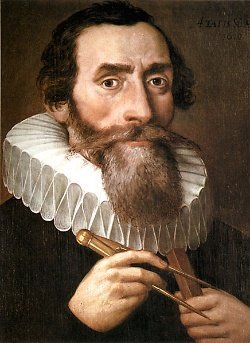