There is considerable evidence that the lipoprotein abnormalities (high LDL and low HDL) that are linked to heart attack deaths in adulthood begin to develop in early childhood and that higher cholesterol levels eventually get set by early food habits. What we eat during our childhood affects our lifetime cholesterol levels. For many, changing the diet to a plant-based, low-saturated-fat diet in later life does not result in the favorable cholesterol levels that would have been seen if the dietary improvements were started much earlier in life. 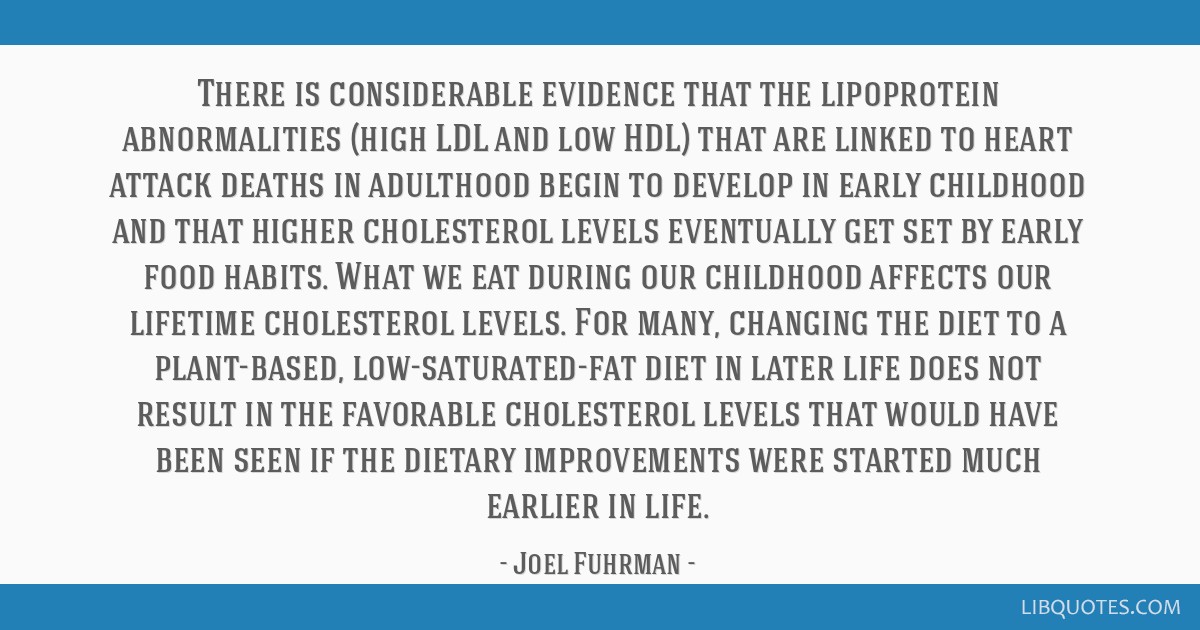 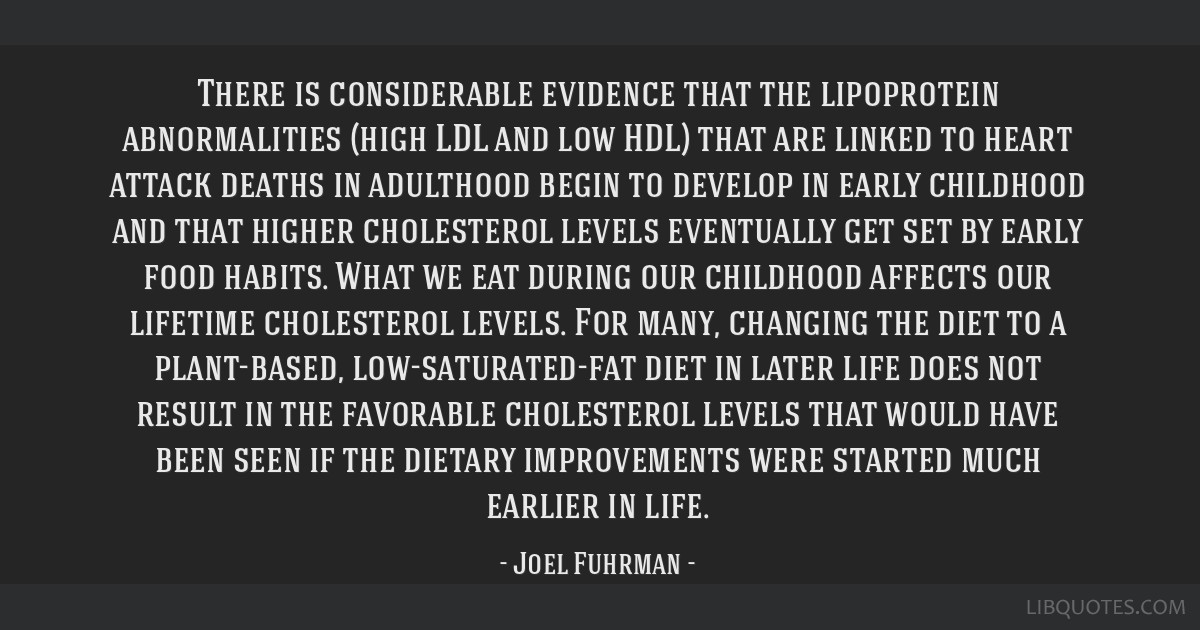 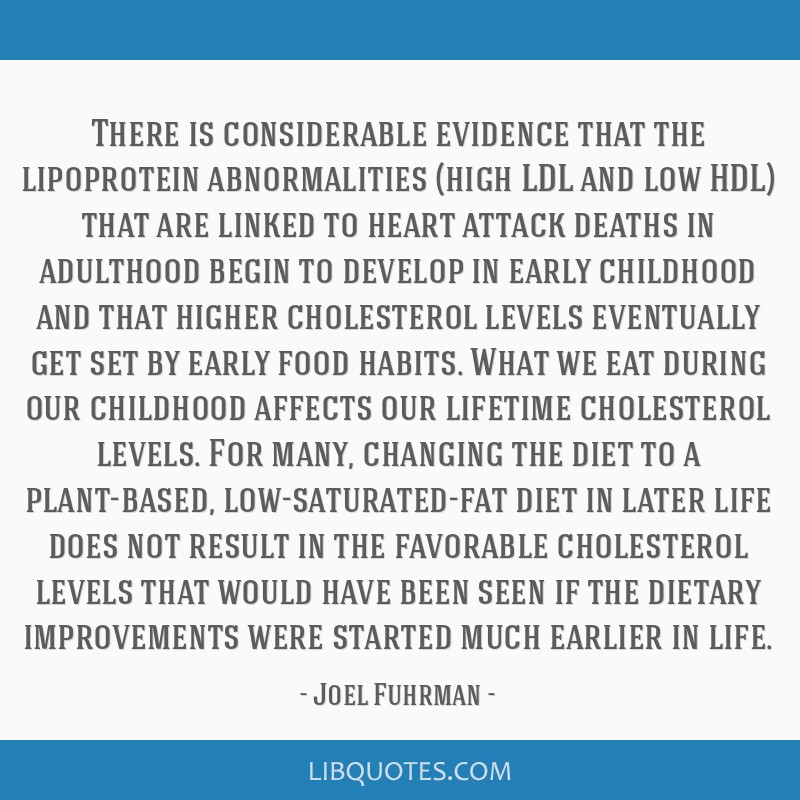 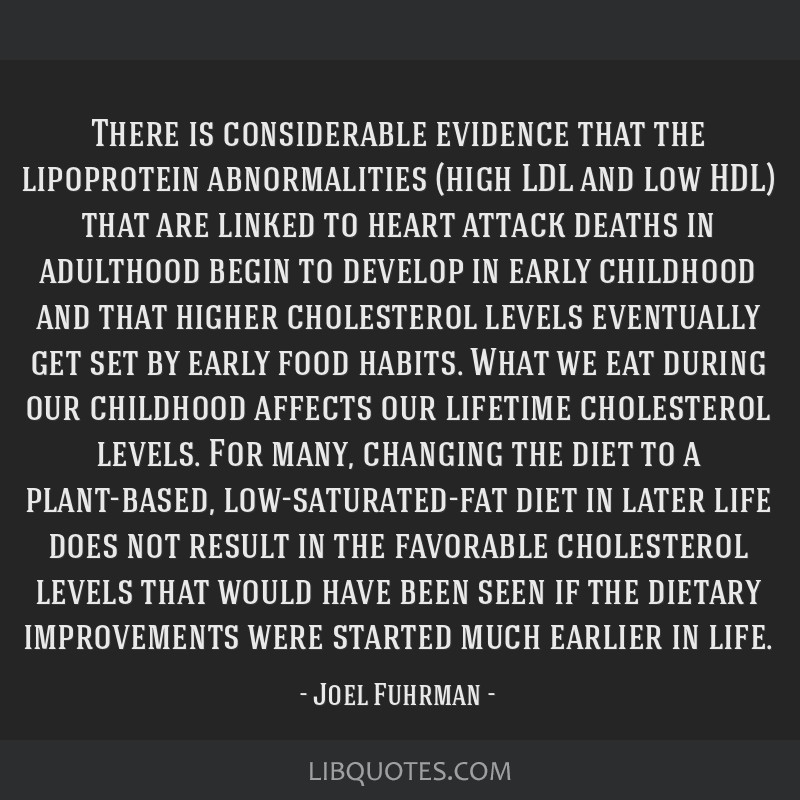 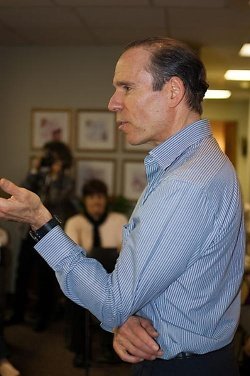