At a state level, it's up to them. I don't want it to be a federal thing. I personally still think it's wrong. People don't understand the dictionary— it's called queer. Queer means strange and unusual. It's not like a slur, like you would call a white person a honky or something like that. You know, God is pretty explicit in what we're supposed to do — what man and woman are for. Now, at the same time, we're supposed to love everybody and accept people, and preach against the sins. I've had some friends that are actually homosexual. And, I mean, they know where I stand, and they know that I wouldn't have them anywhere near my children. But at the same time, they're people, and they're going to do their thing.

On same-sex marriages, in "Q & A: 'Joe the Plumber'" interview by Sarah Pulliam, in Christianity Today (May 2009) Web-only article. 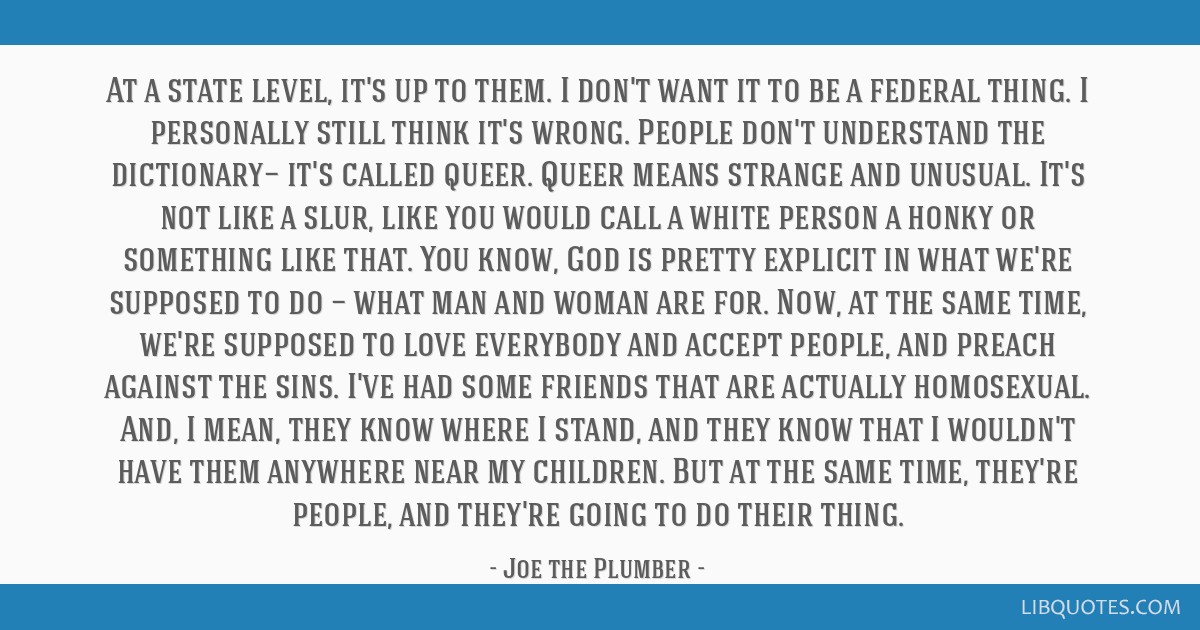 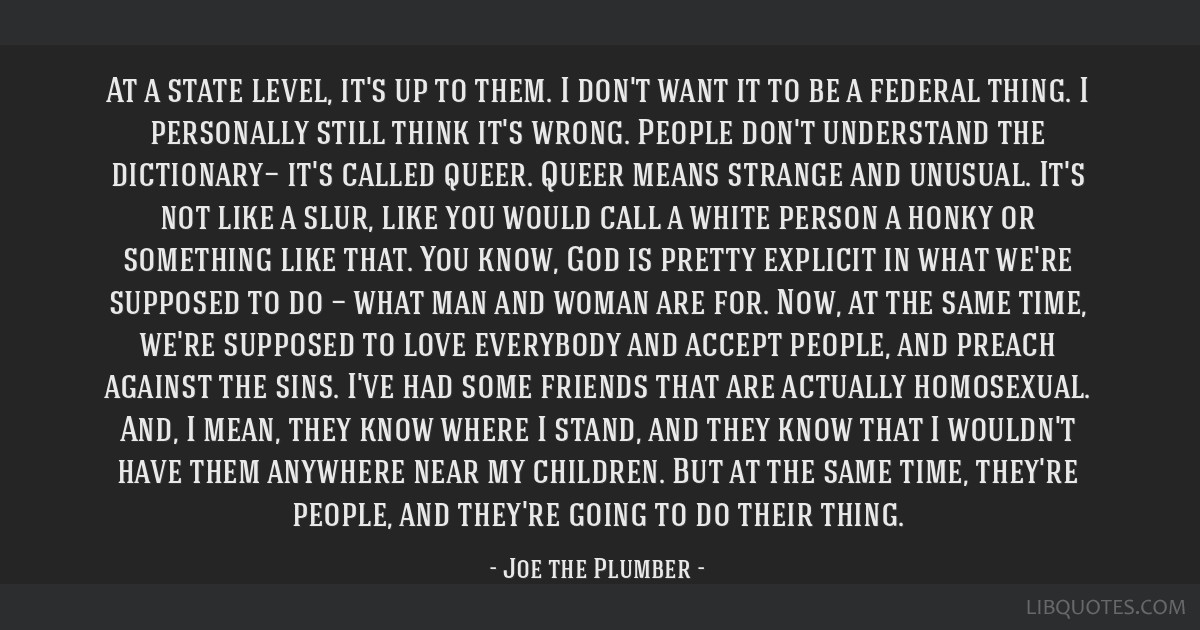 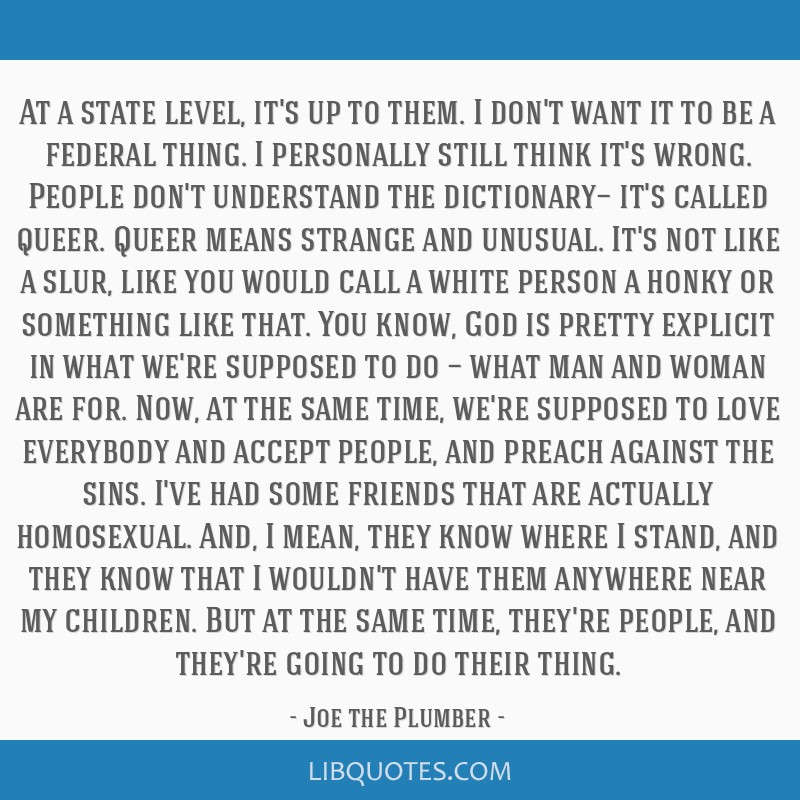 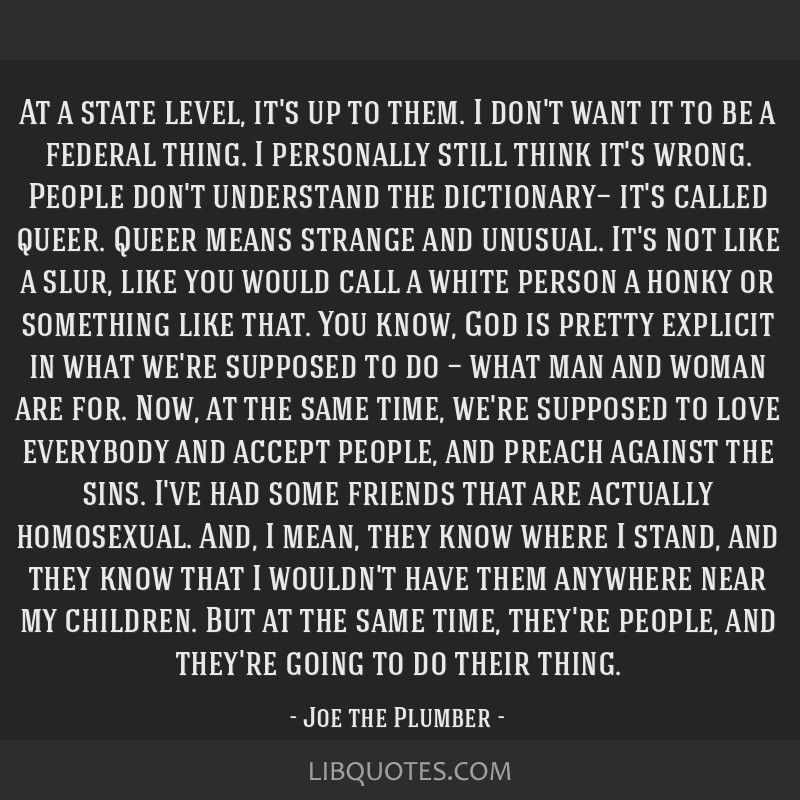 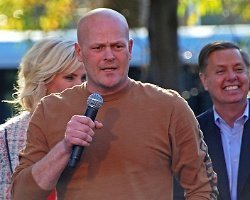