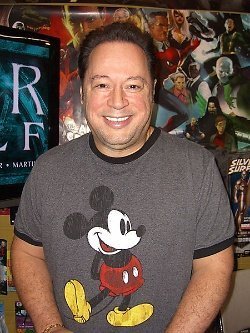 Creative Commons
Born: December 1, 1962 (age 59)
Bio: Joseph "Joe" Quesada is an American comic book editor, writer and artist. He became known in the 1990s for his work on various Valiant Comics books, such as Ninjak and Solar, Man of the Atom.
Known for: