Higgins: Is [assassination] only justified if the target is a reactionary, anti-democratic, anti-human rights obscurantist like bin Laden?
Enda Kenny: I know you are a good Christian man who has your job to do in here from a political point of view. Many of his victims in the twin towers in New York were of Irish descent or directly Irish.

Enda Kenny apologising to Higgins after slandering him. Irish Independent

Ok you are not a bin Laden fan Taoiseach tells Joe Higgins - Independent.ie[independent.ie] 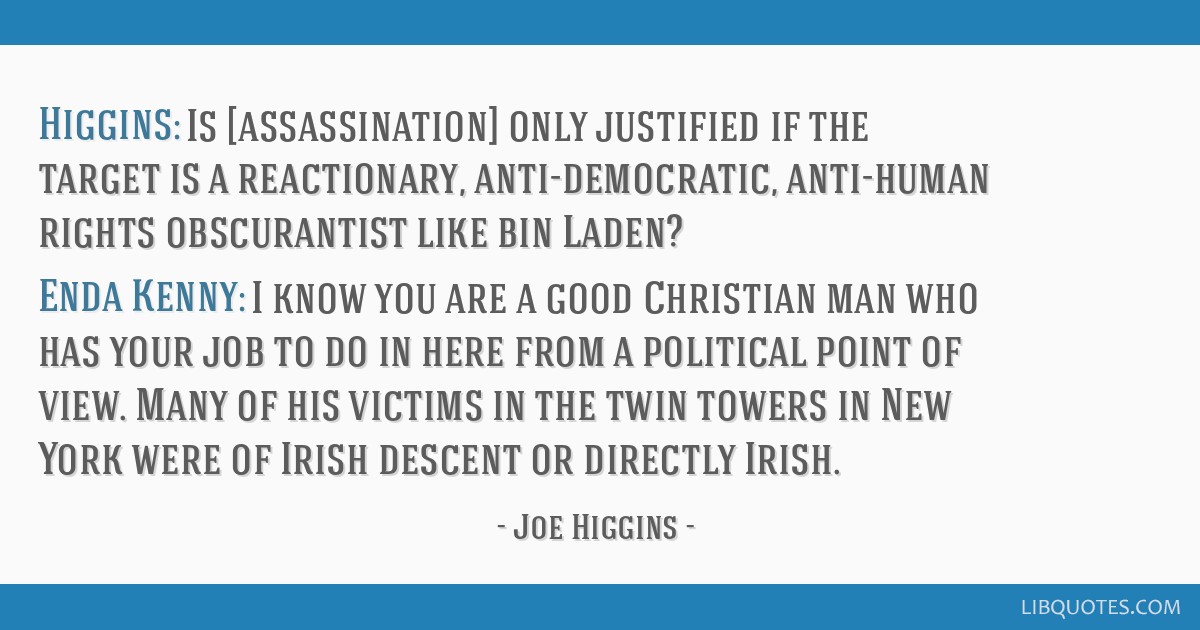 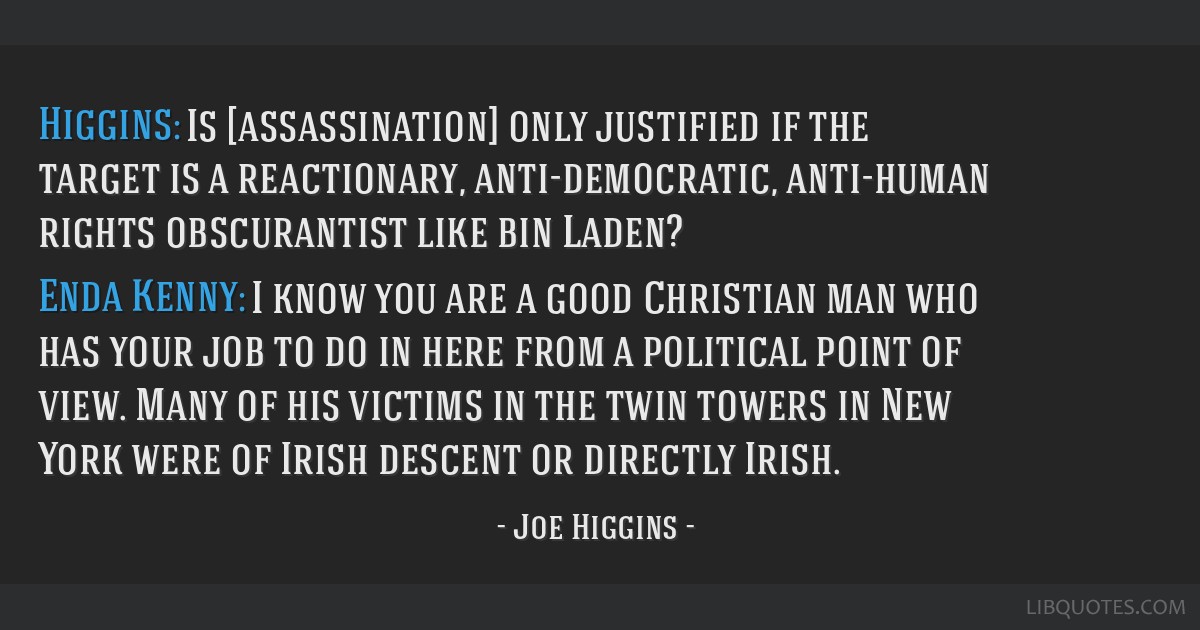 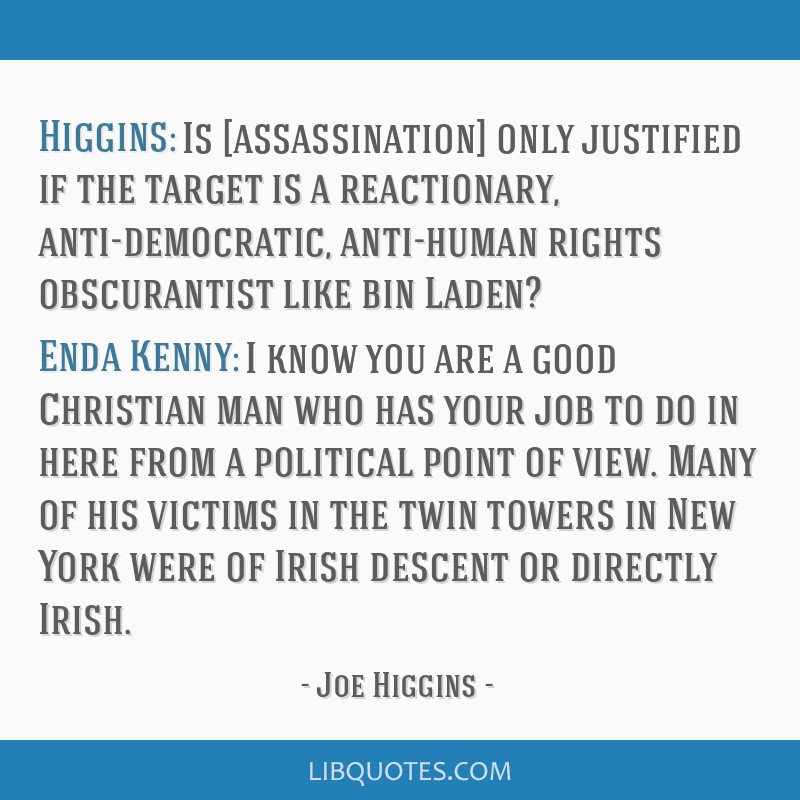 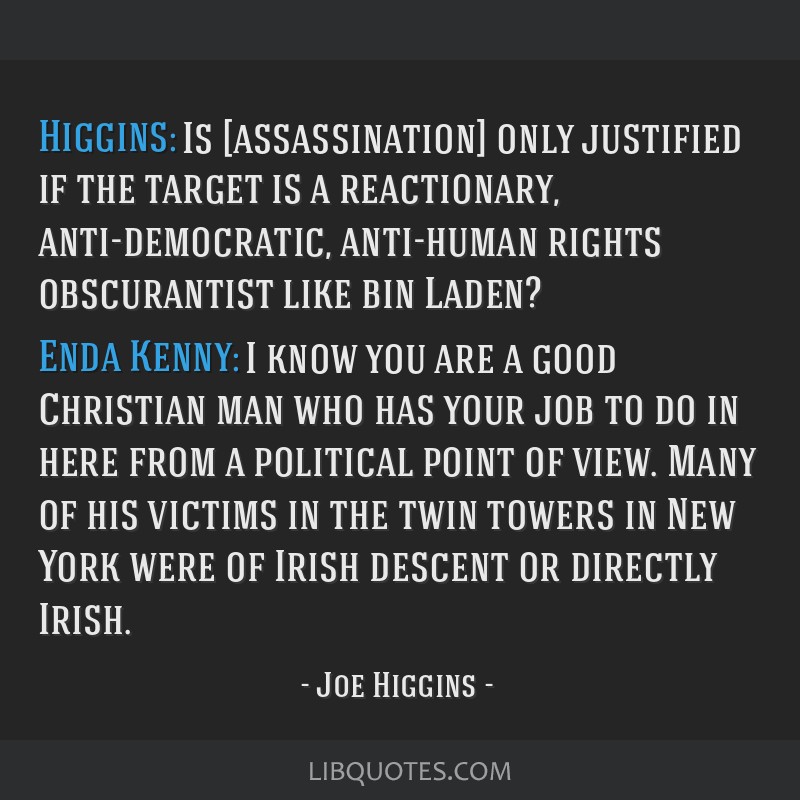 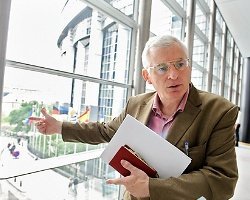