In fact, for a period stretching over seven hundred years, the international language of science was Arabic. For this was the language of the Qur'an, the holy book of Islam, and thus the official language of the vast Islamic Empire that, by the early eighth century CE, stretched from India to Spain. 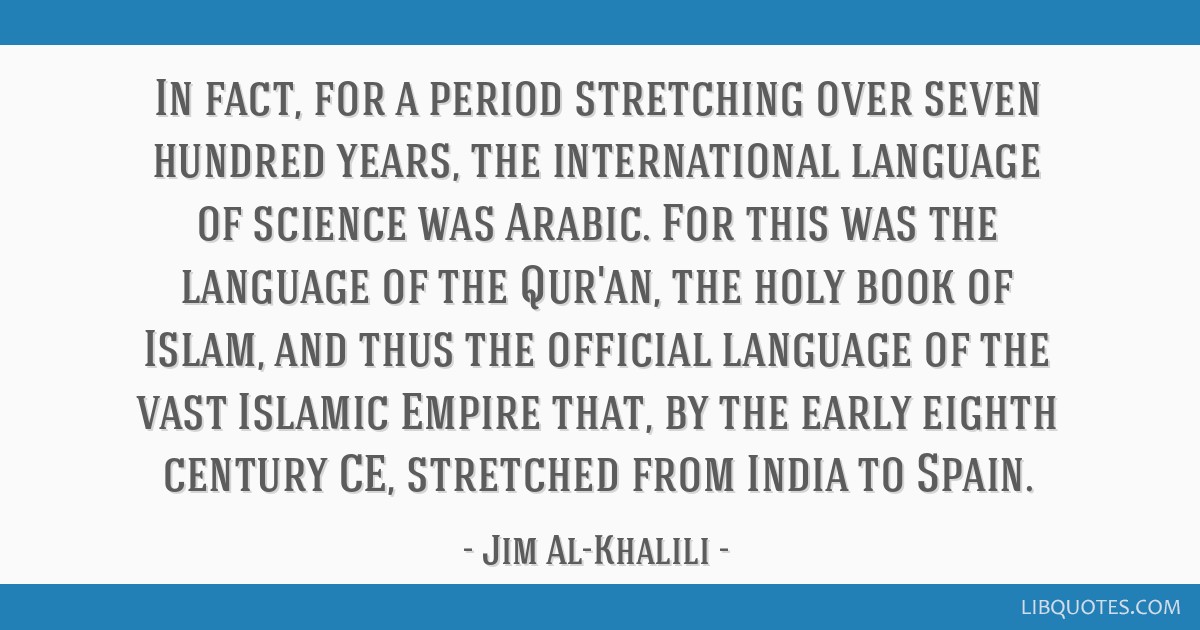 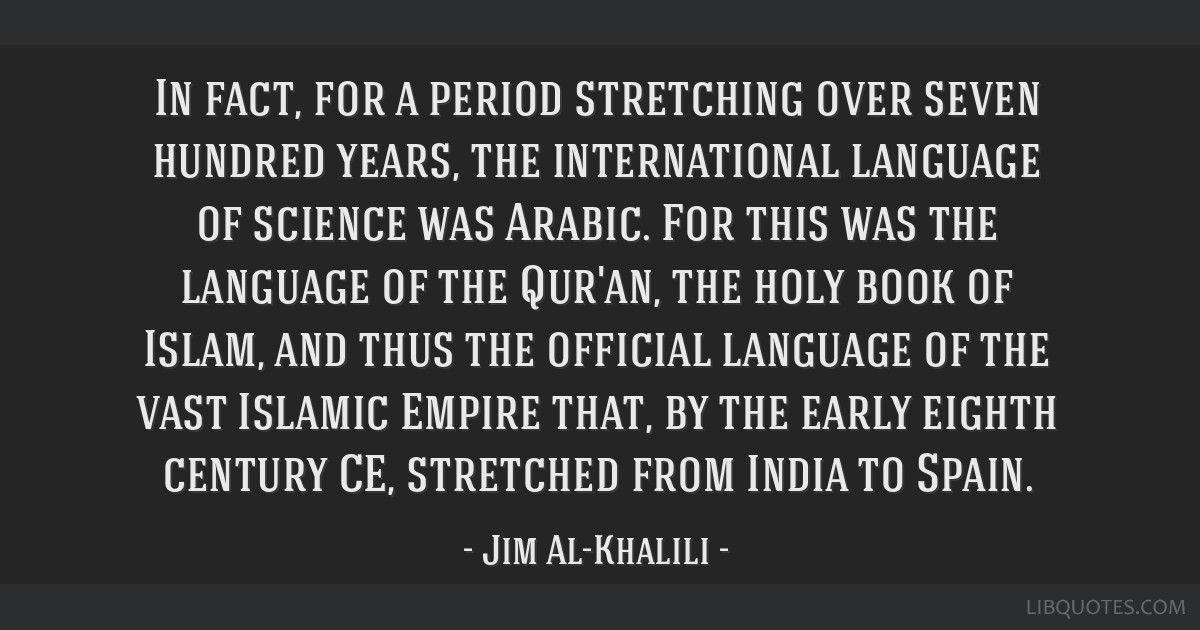 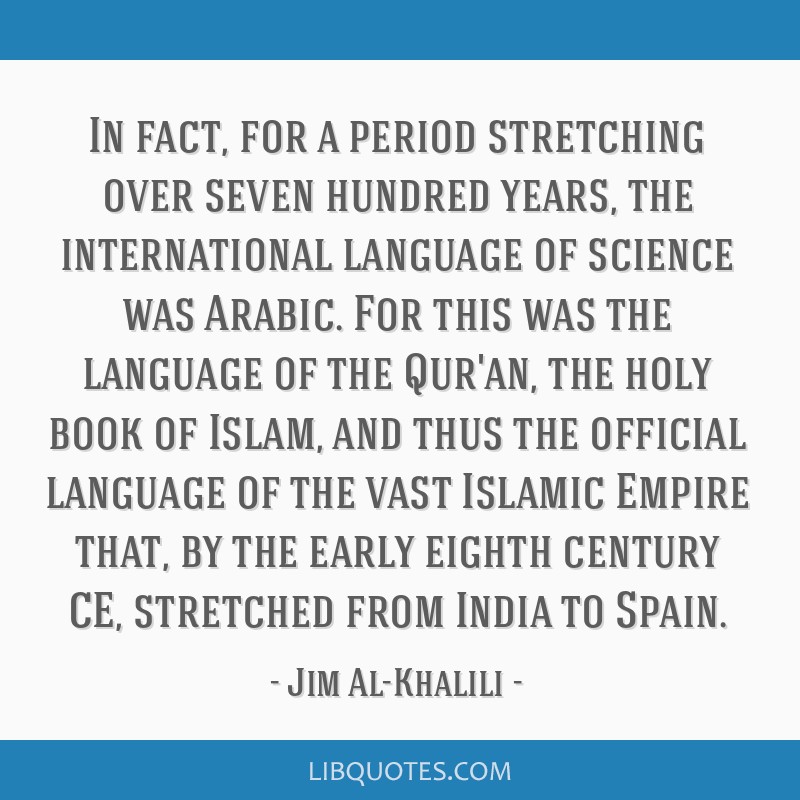 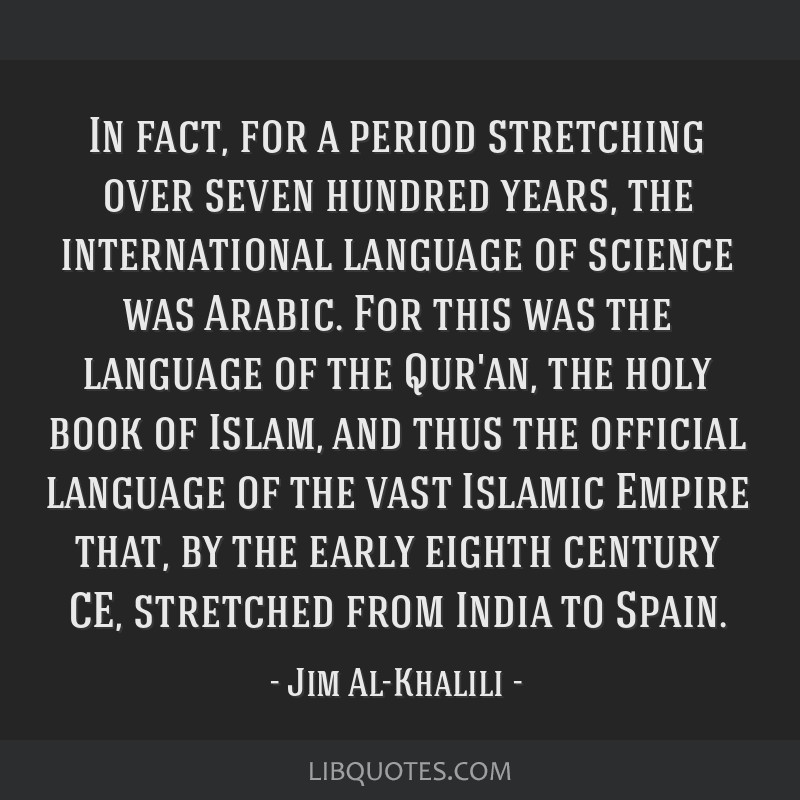 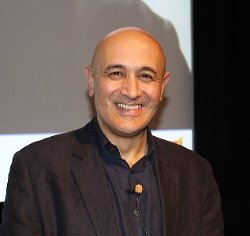