The old aphorisms are basically sound. First impressions are lasting.

Jessie Redmon Fauset
To be a colored man in America... and enjoy it, you must be greatly daring, greatly stolid, greatly humorous and greatly sensitive. And at all times a philosopher...

Jessie Redmon Fauset
Rather like spent swimmers, who had given up the hope of rescue and then had suddenly met with it, they were sensing with all their being, the feel of the solid ground beneath their feet, the grateful monotony of the skies above their heads,... and everywhere about them the immanence of God.... The Chinaberry Tree became a Temple. 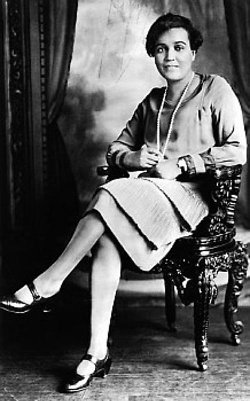 Wikipedia
Born: April 27, 1882
Died: April 30, 1961 (aged 79)
Bio: Jessie Redmon Fauset was an American editor, poet, essayist, novelist, and educator. Before and after working on The Crisis, she worked for decades as a French teacher in public schools in Washington, DC and New York City.
Known for: