At the same time, I must personally say that I do question the sincerity and nonviolent intentions of some civil rights leaders such as Dr. Martin Luther King, Jr., Mr. James Farmer, and others, who are known to have left wing associations.
The idea that religion and politics don't mix was invented by the Devil to keep Christians from running their own country. If [there is] any place in the world we need Christianity, it's in Washington. And that's why preachers long since need to get over that intimidation forced upon us by liberals, that if we mention anything about politics, we are degrading our ministry. 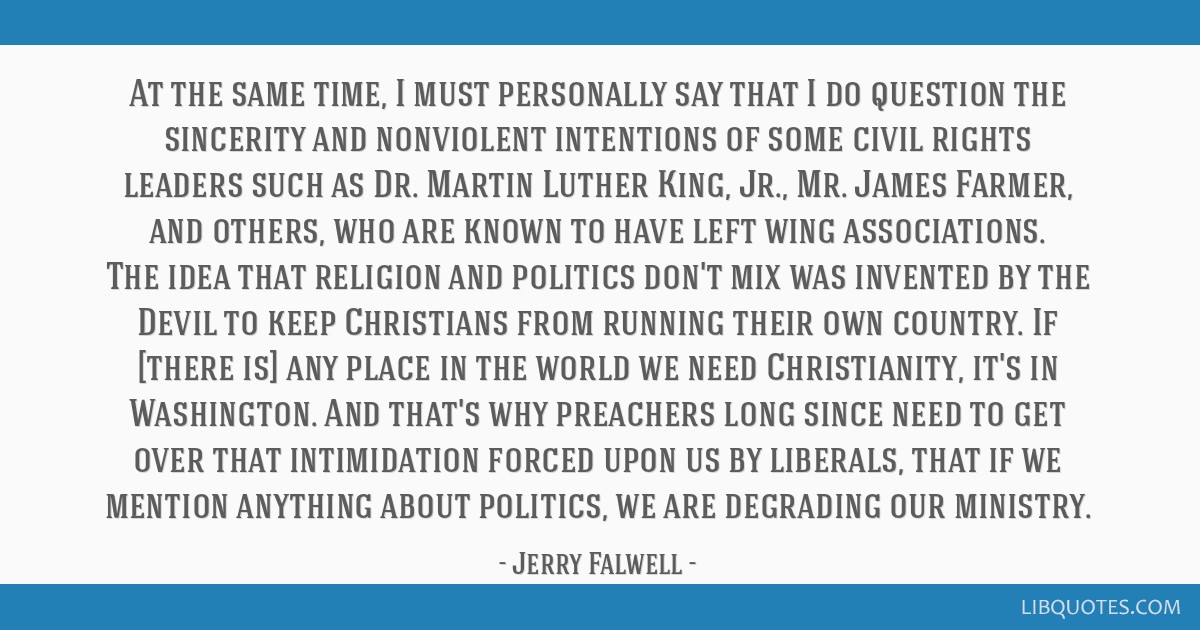 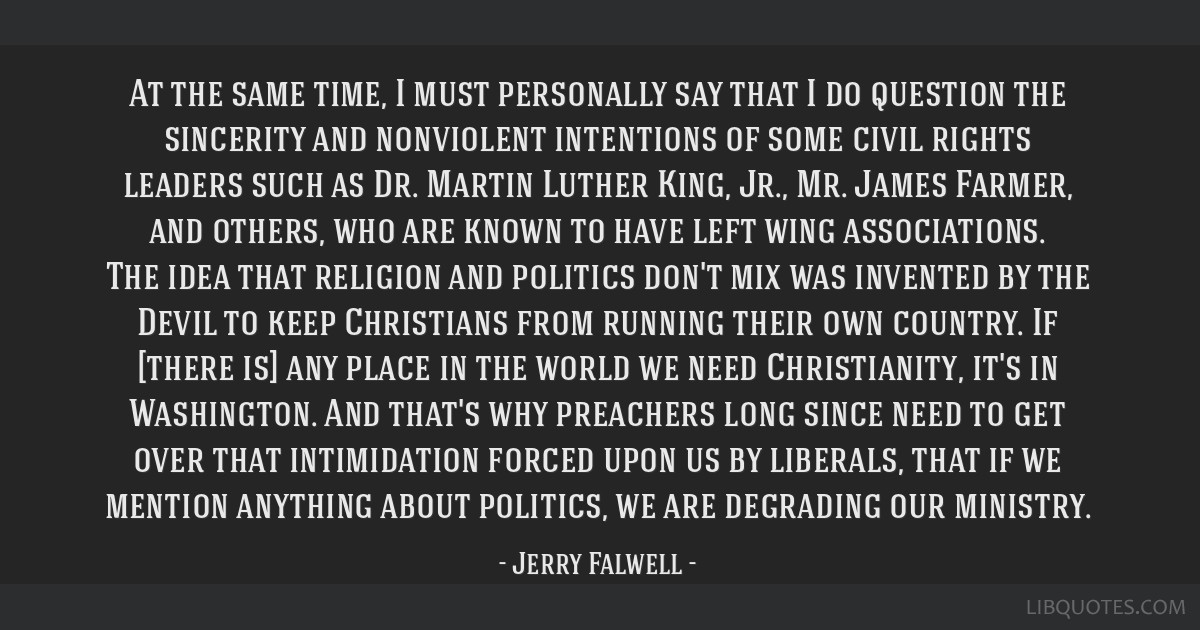 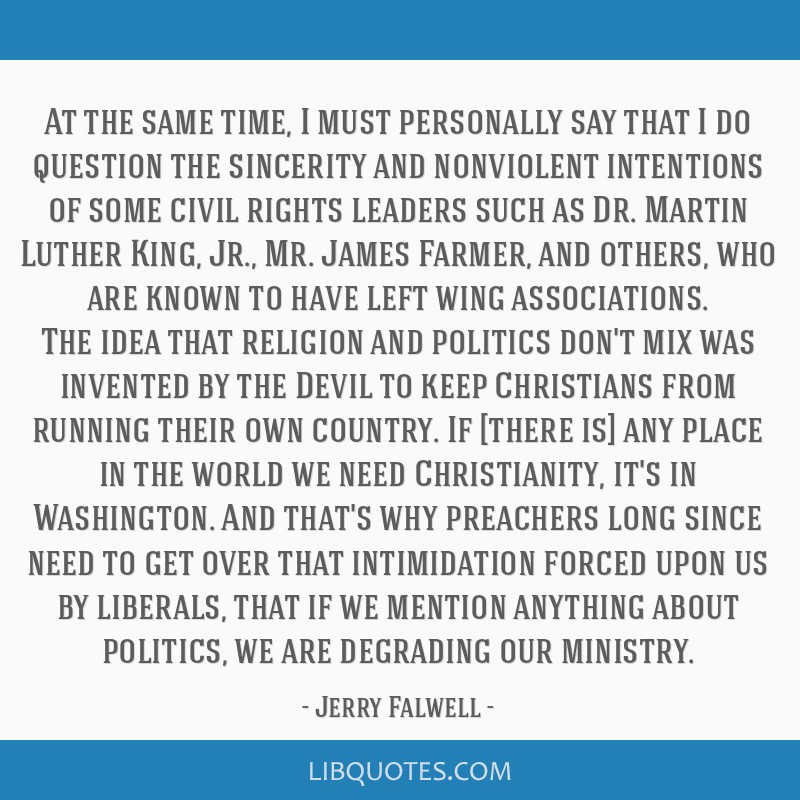 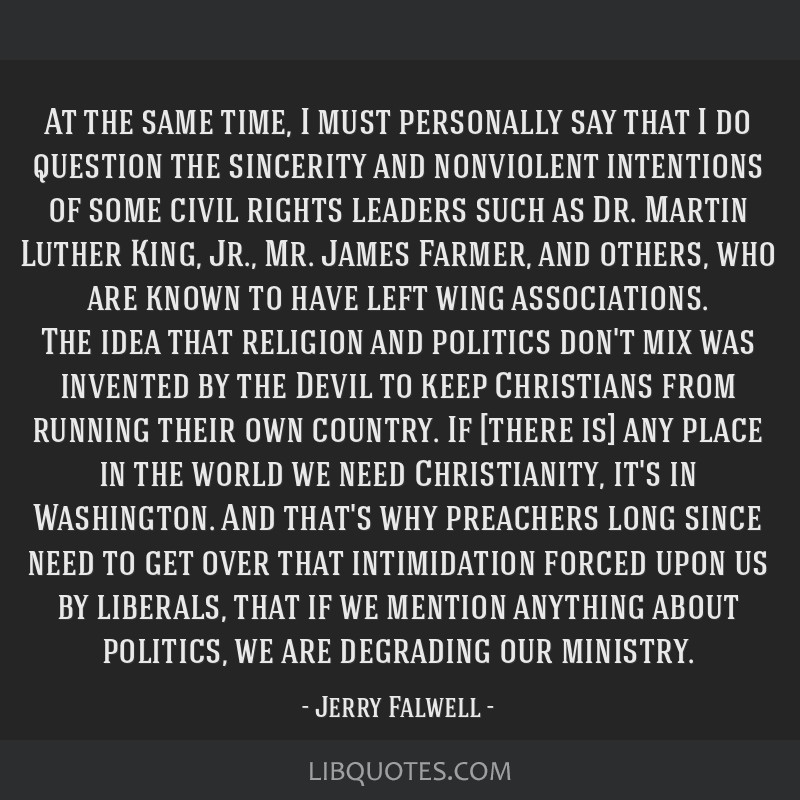 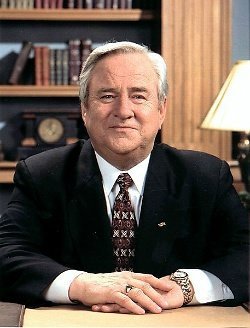