Though anti-Semitism had been only one of several sources of Nazi voting strength, after 1933 Hitler placed anti-Semitic ideologues, the most important of whom were Joseph Goebbels, Otto Dietrich and Alfred Rosenberg, at the top of the key opinion-shaping institutions. In a dictatorship resting on the 'leadership principle', Hitler's anti-Semitic convictions defined policy. 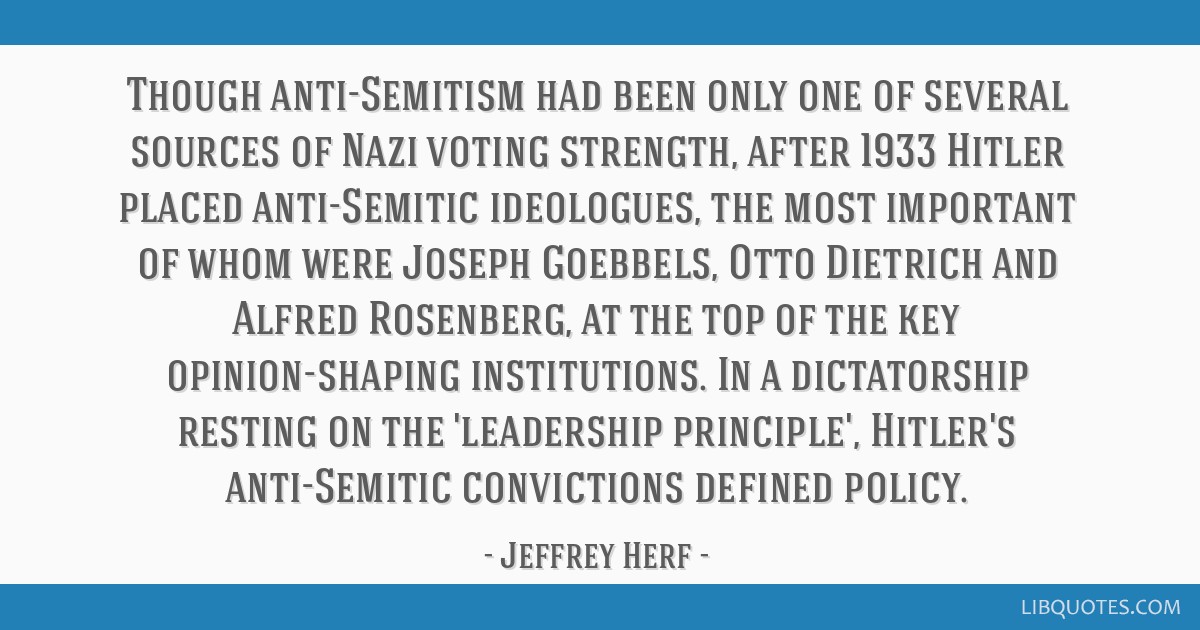 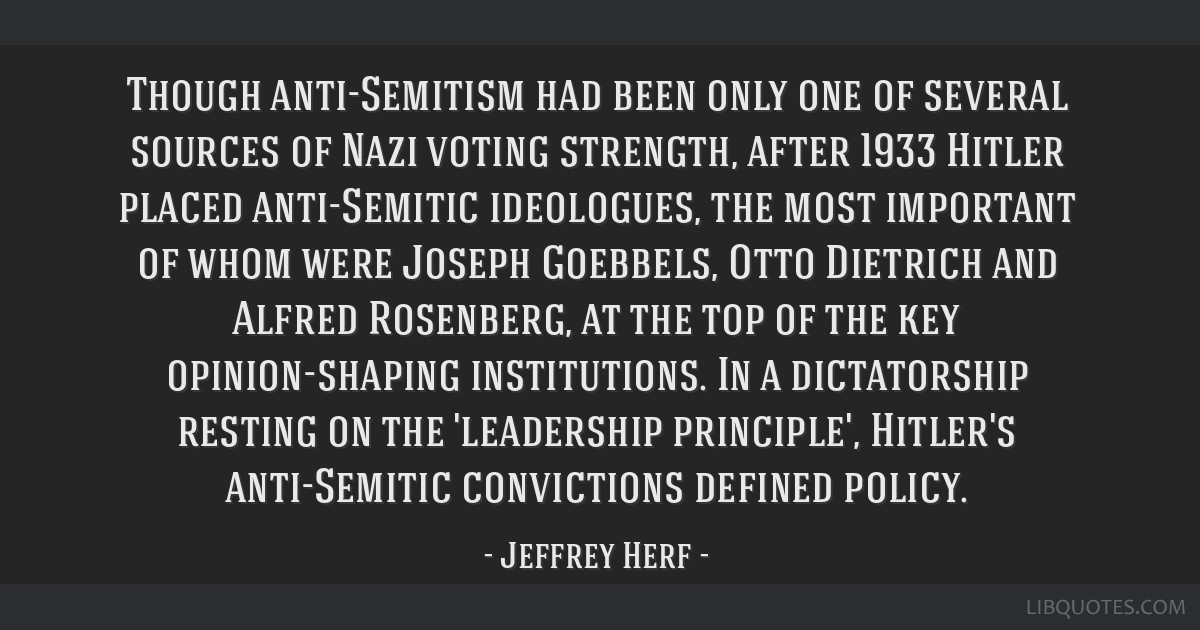 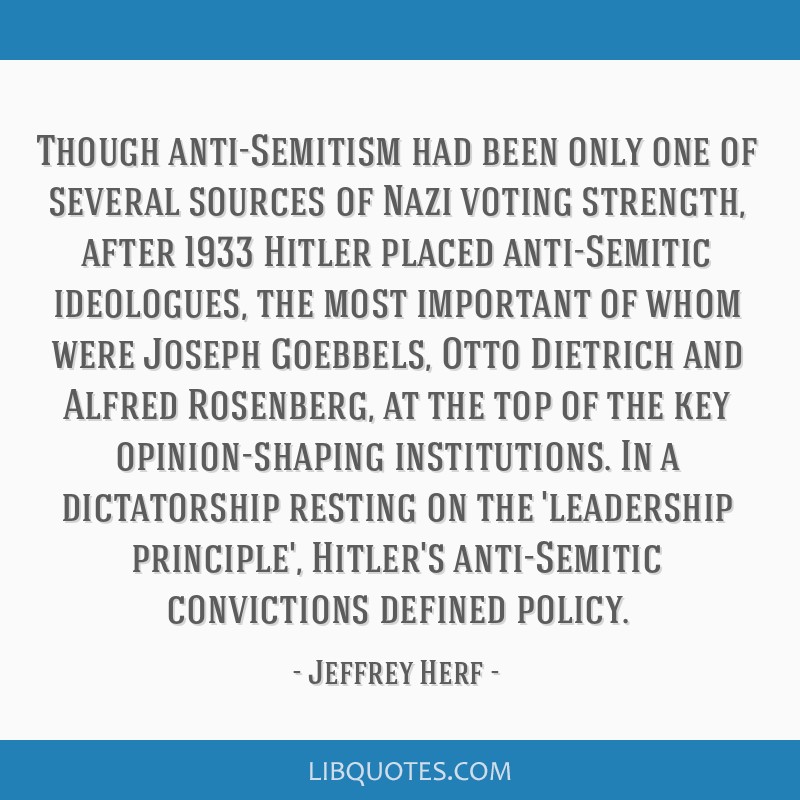 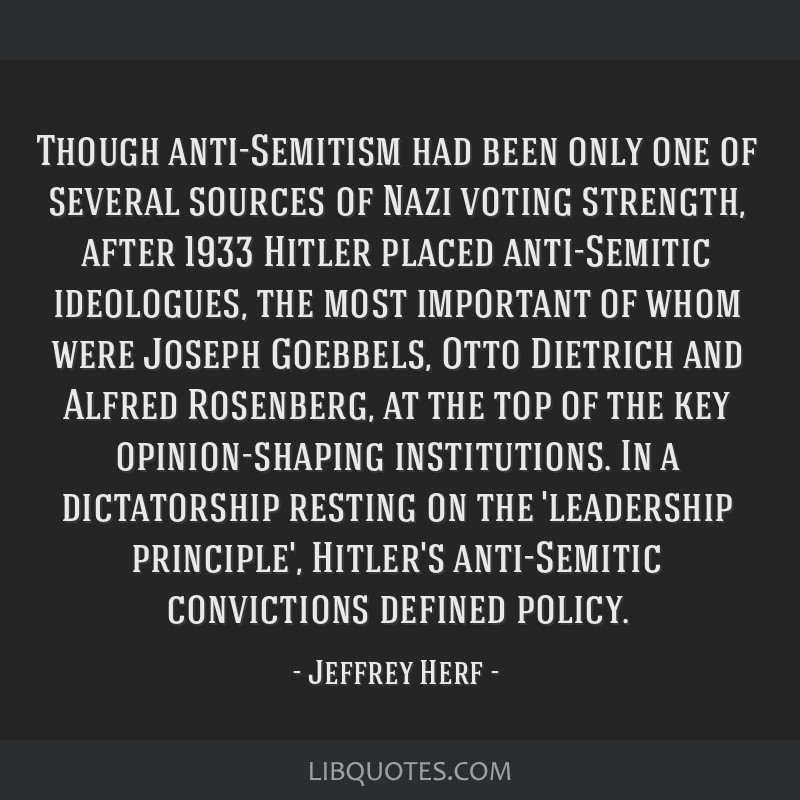