One of the fruitful sources, as I hold it, of the errors which prevail in our country, is the theory that this is a government of one people; that the government of the United States was formed by a mass; and therefore it is taken that all are responsible for the institutions and policies of each. The government of the United States is a compact between the sovereign members who formed it; and if there be one feature common to all the colonies planted upon the shores of America, it was the steady assertion of, and uncompromising desire for, community independence. 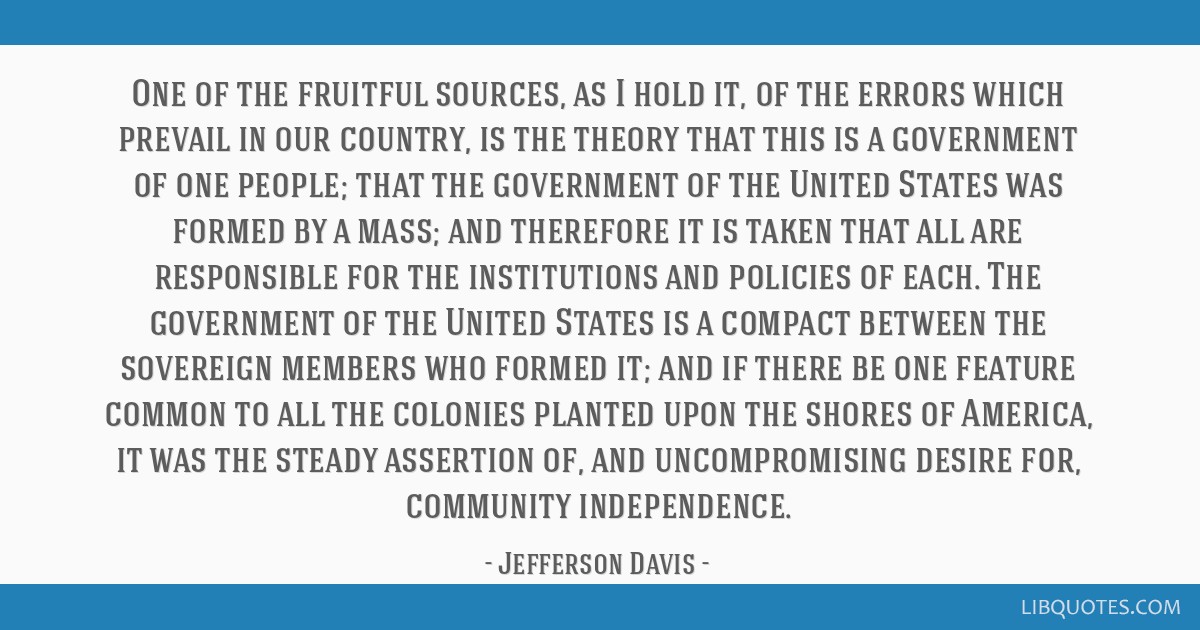 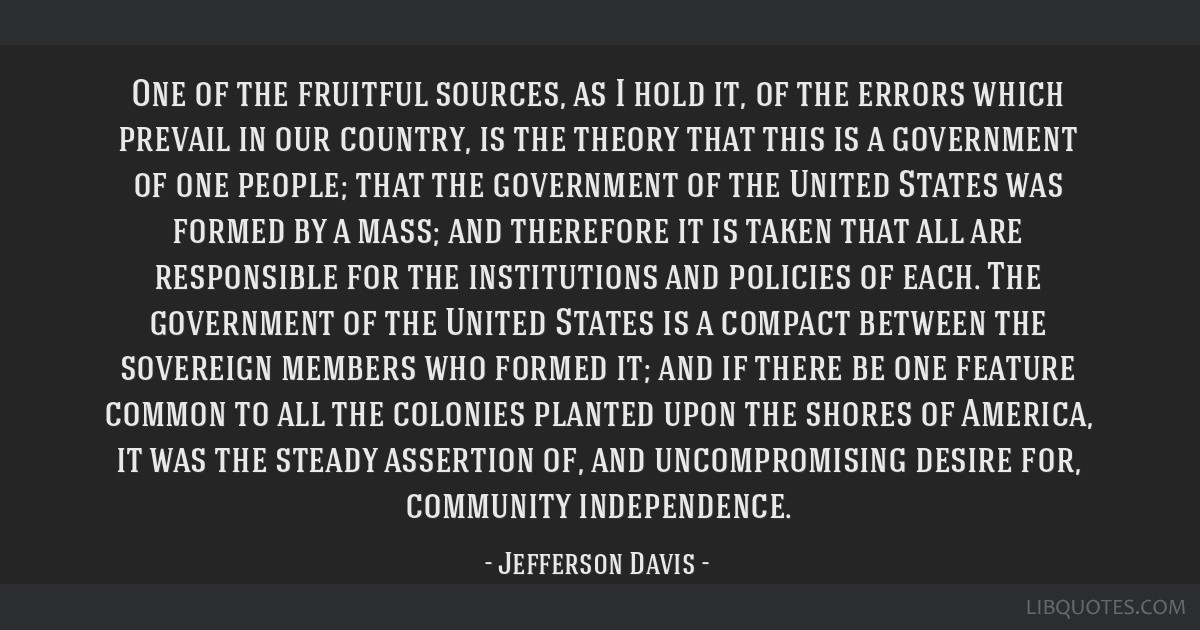 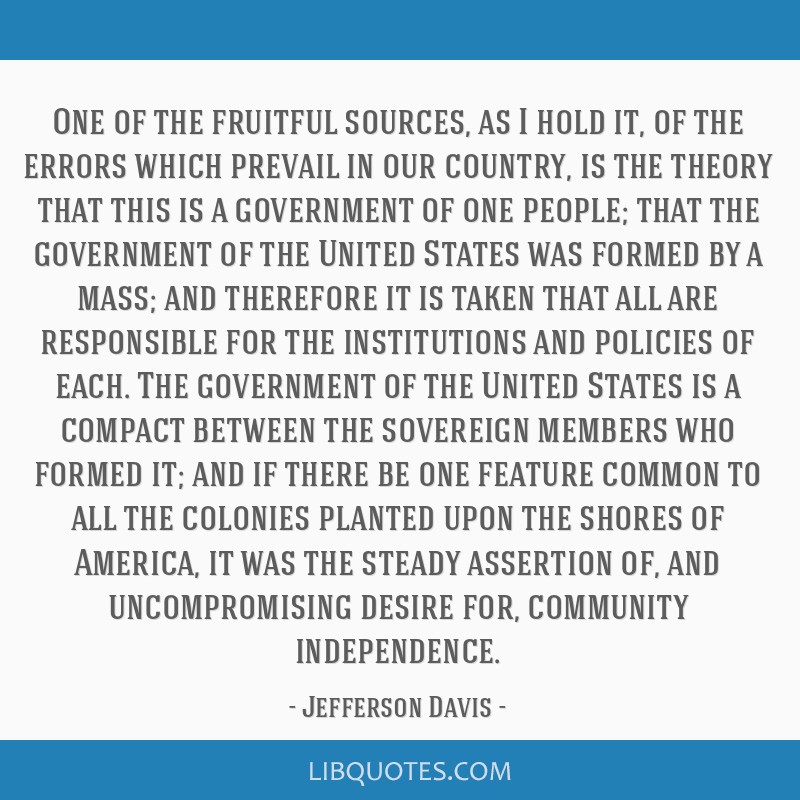 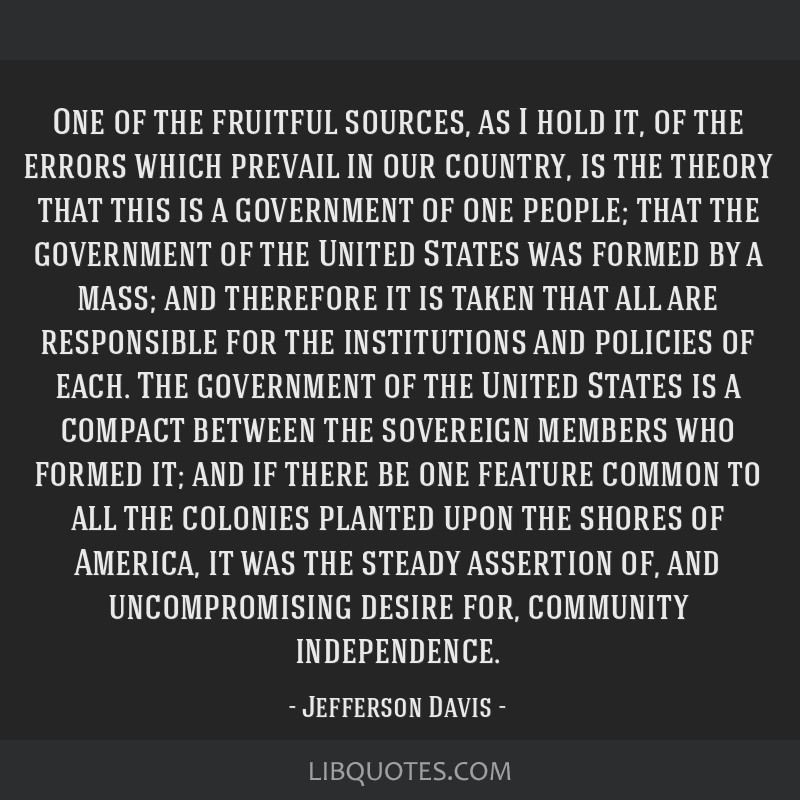 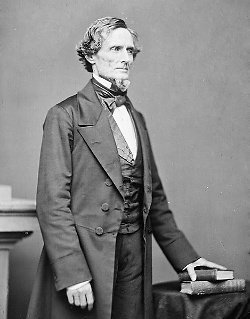