You can no more win a war than you can win an earthquake.

Jeanette Rankin
Men and women are like right and left hands; it doesn't make sense not to use both.

Jeanette Rankin
You take people as far as they will go, not as far as you would like them to go.

Jeanette Rankin
I want to stand by my country, but I cannot vote for war.

Jeanette Rankin
As a woman I can't go to war, and I refuse to send anyone else.

Jeanette Rankin
Go! Go! Go! It makes no difference where, just so you go! go! go! Remember, at the first opportunity, go! 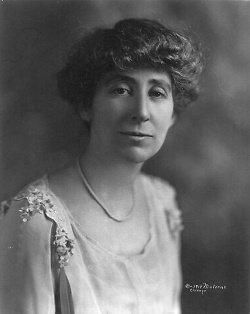