So-called immobile objects exist only in movement. Immobile, certain, and permanent things, ideas, works and beliefs change, transform, and disintegrate. Immobile objects are snapshots of a movement whose existence we refuse to accept, because we ourselves are only an instant in the great movement. Movement is the only static, final, permanent, and certain thing. Static means transformation. Let us be static together with movement. Move statically! Be static! Be movement! Believe in movement's static quality. Believe in change. Do not hold onto anything. Change! Do not pinpoint anything! Everything about us is movement. Everything around us is change. Believe in movement's static quality. Be static. 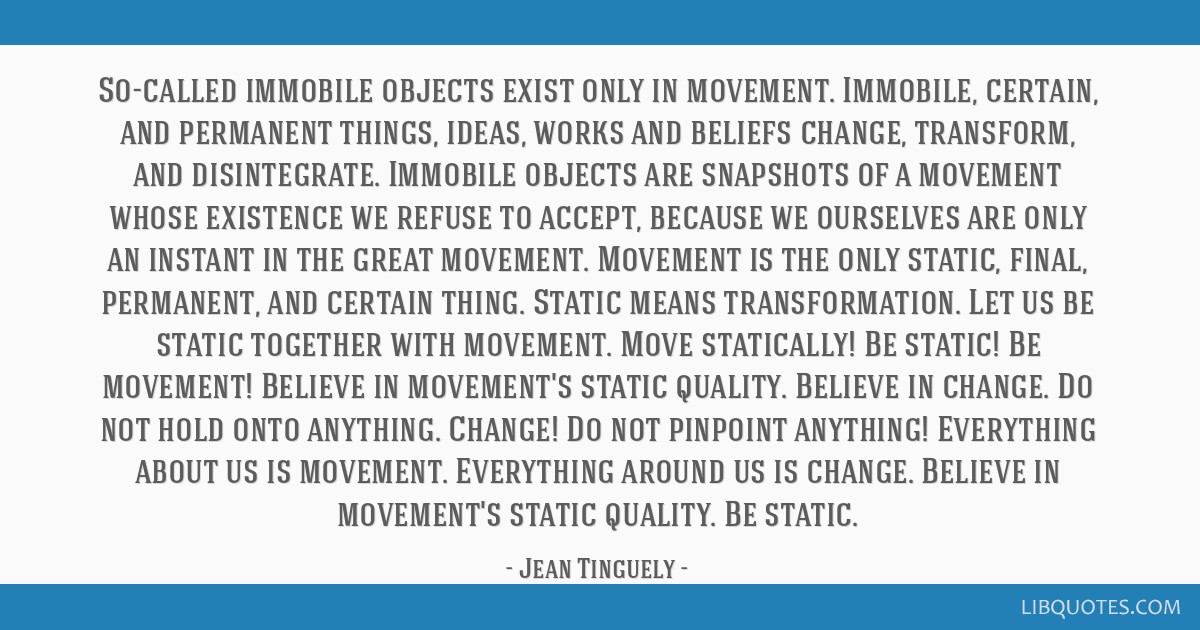 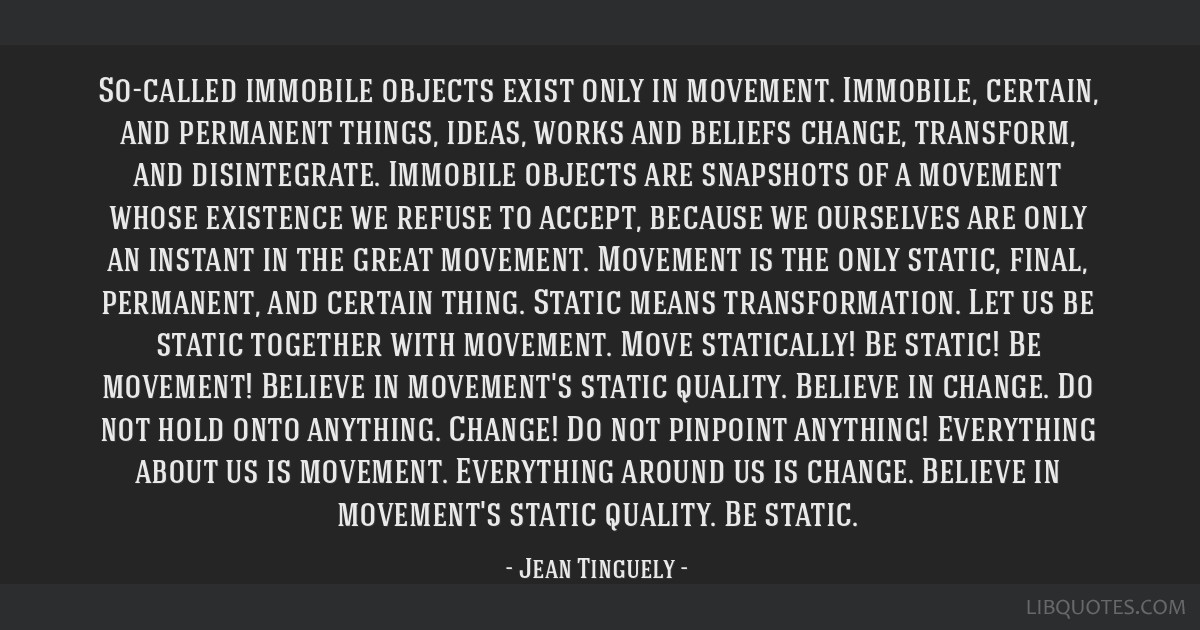 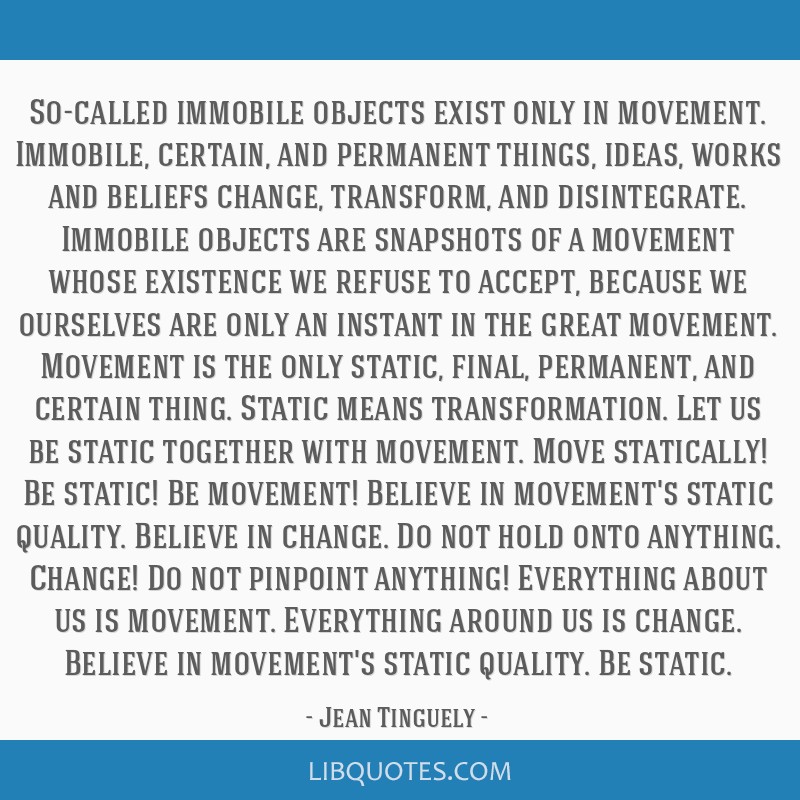 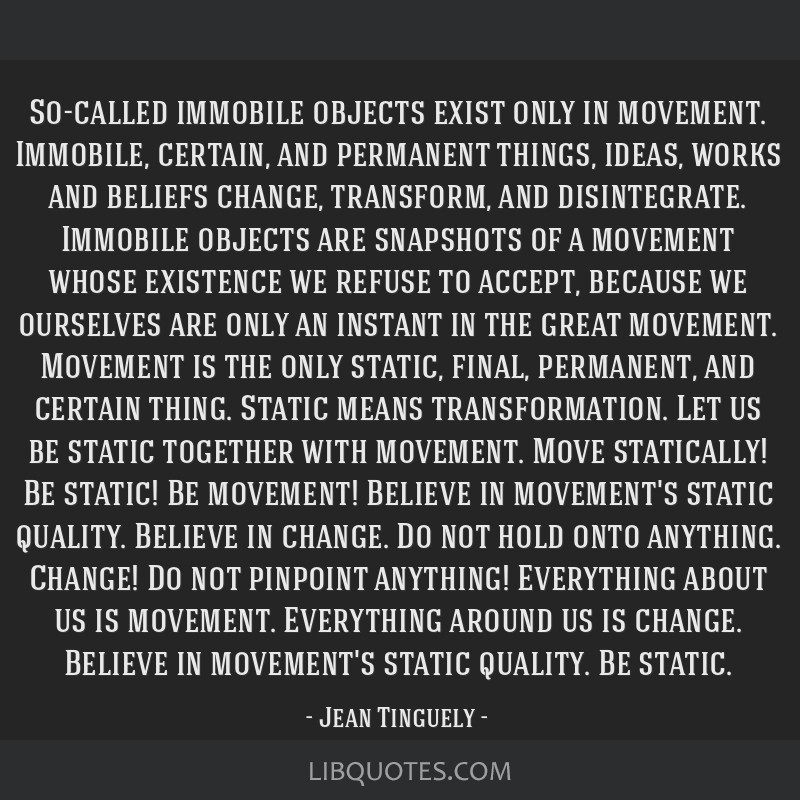