With Dada I … have in common a certain mistrust toward power. We don't like authority, we don't like power, To me art is a form of manifest revolt, total and complete. It's a political attitude which doesn't need to found a political party. It's not a matter of taking power; when you are against it, you can't take it. We're against all forms of force which aggregate and crystallize an authority that oppresses people. Obviously this is not a characteristic of my art alon-it's much more general, a basic political attitude. It's a clear intention, more necessary today than ever, to oppose all forms of force emanating from a managing, centralising political power. 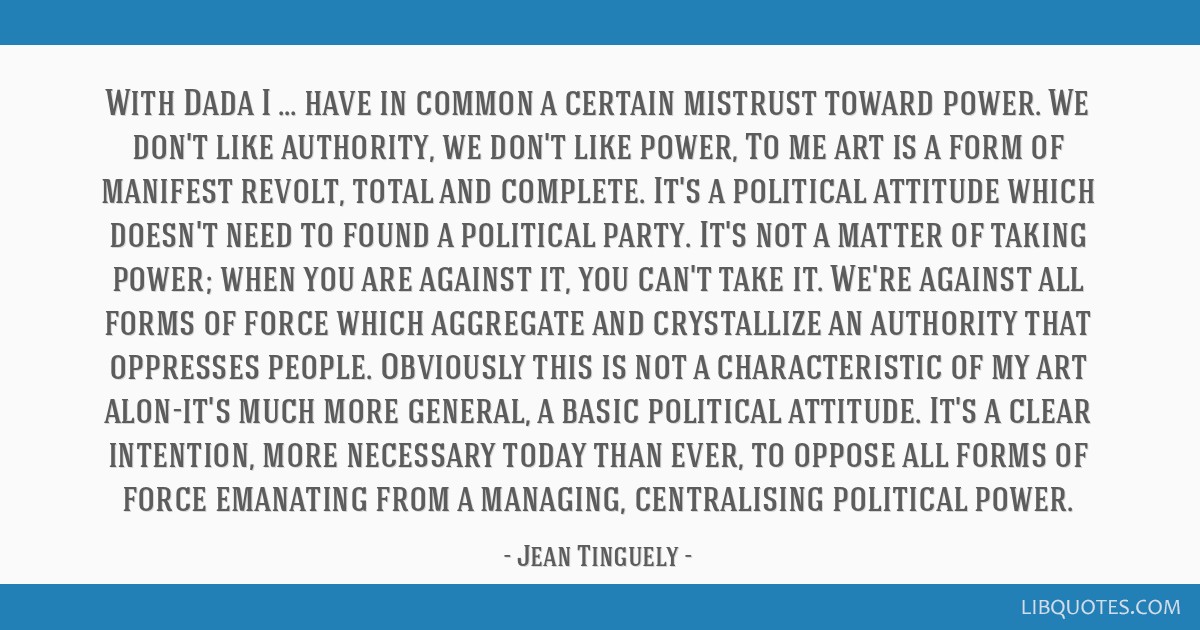 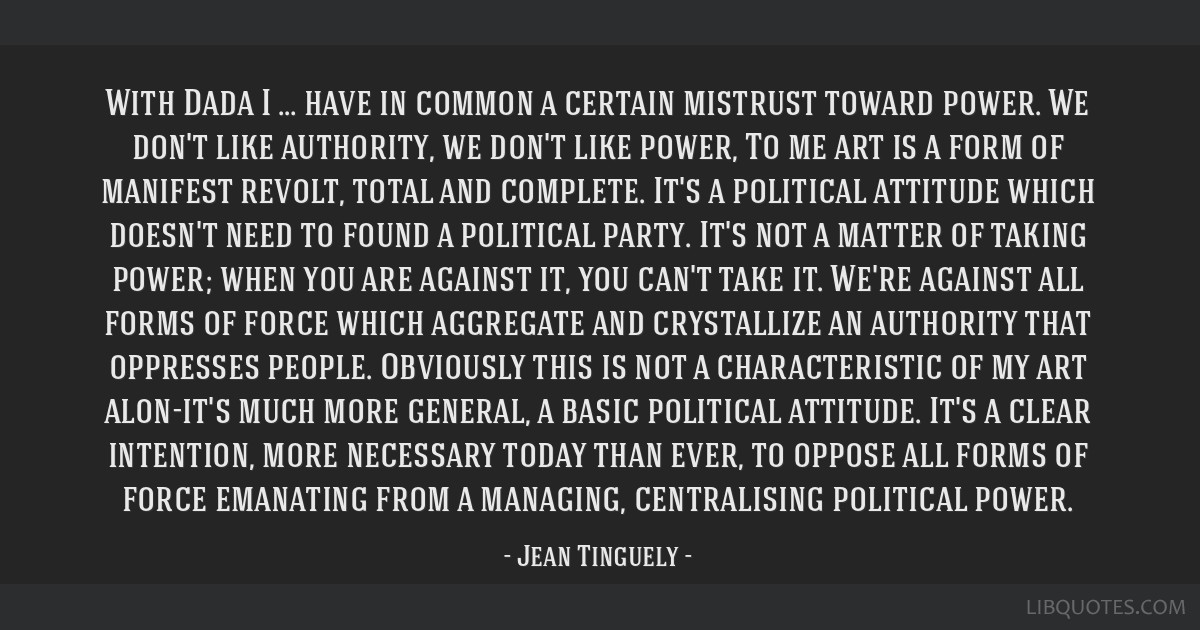 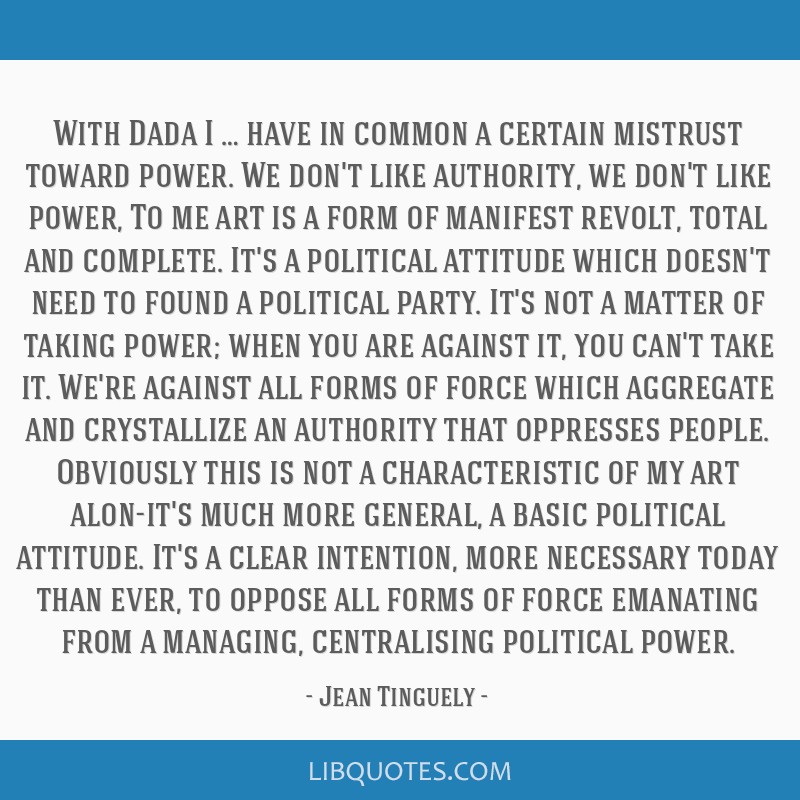 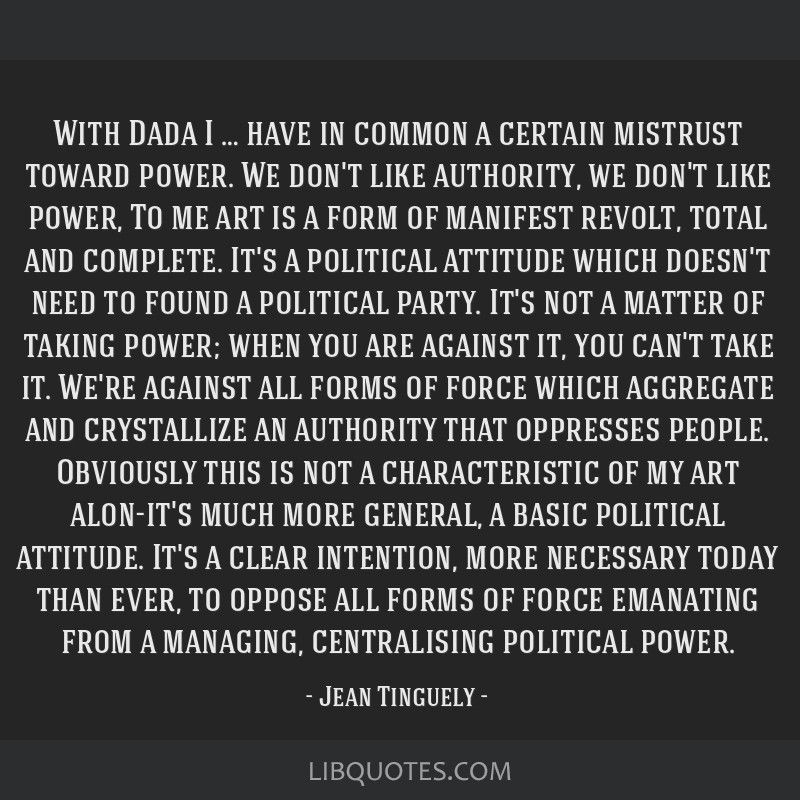