War is then not a relationship between one man and another, but a relationship between one State and another, in which individuals are enemies only by accident, not as men, nor even as citizens, but as soldiers; not as members of the fatherland, but as its defenders. Finally, any State can only have other States, and not men, as enemies, inasmuch as it is impossible to fix a true relation between things of different natures. 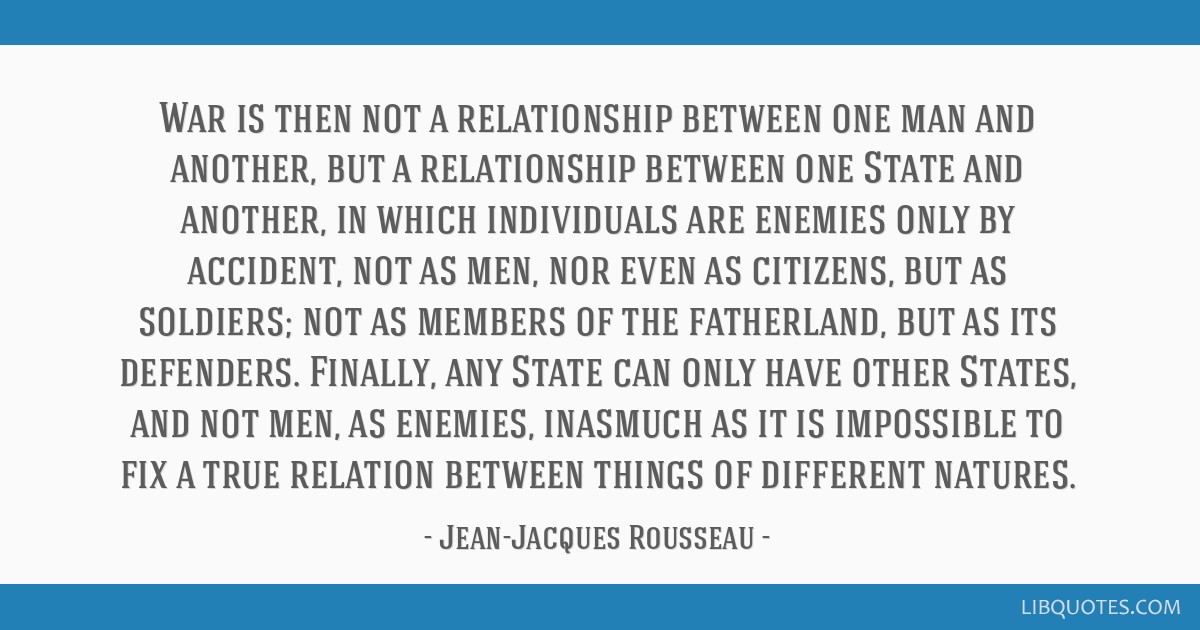 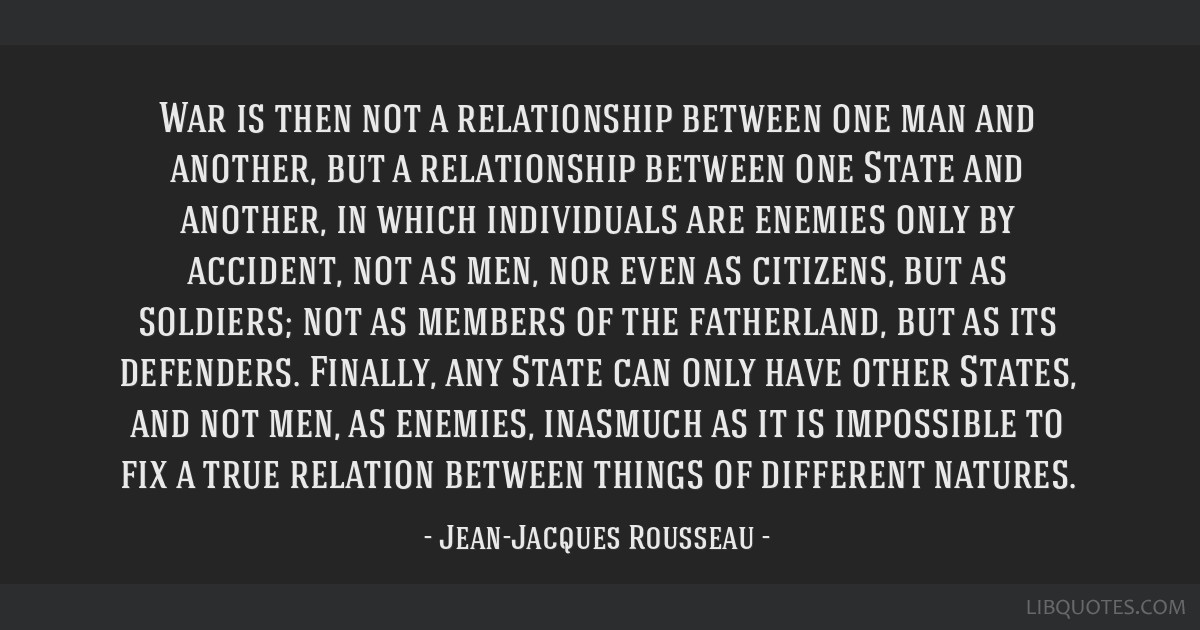 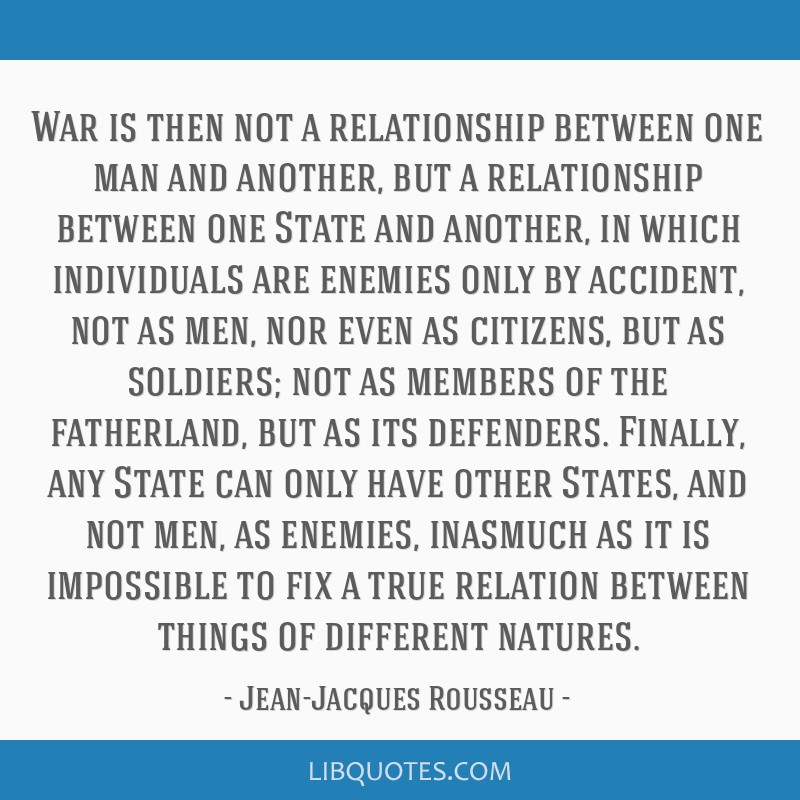 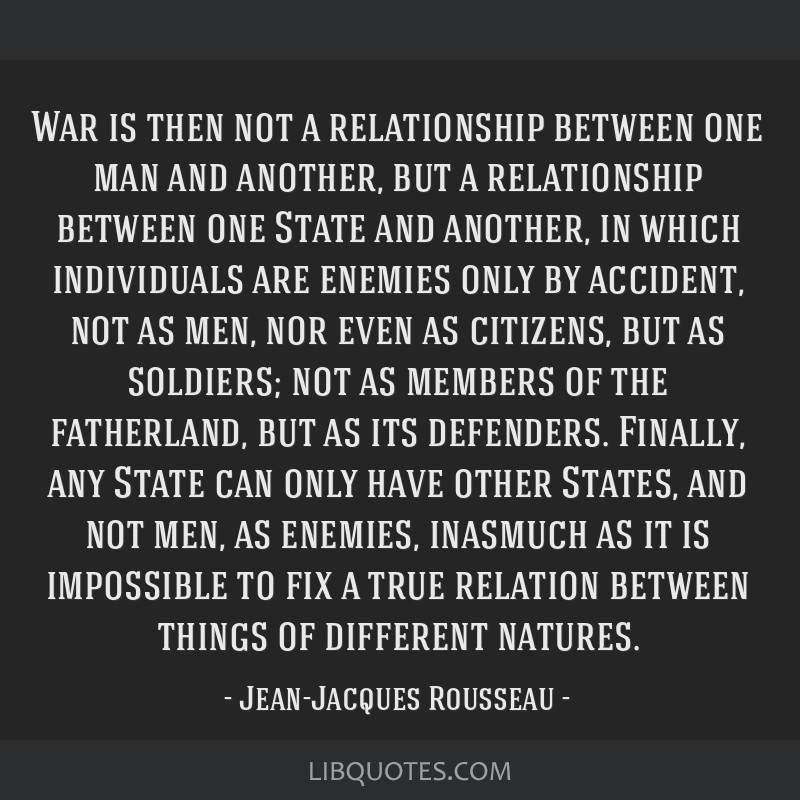 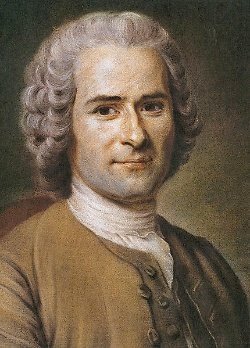