We talk about a secular state in India. It is perhaps not very easy even to find a good word in Hindi for "secular". Some people think it means something opposed to religion. That obviously is not correct. What it means is that it is state which honours all faiths equally and gives them equal opportunities; that, as a state, it does not allow itself to be attached to one faith or religion, which then becomes the state religion. 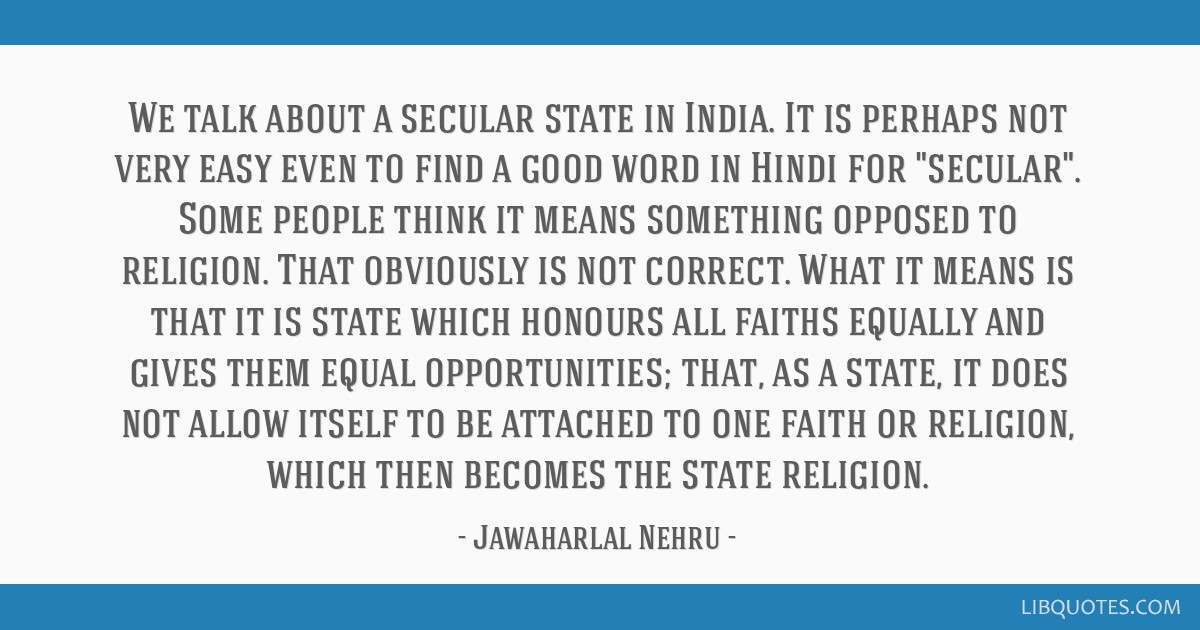 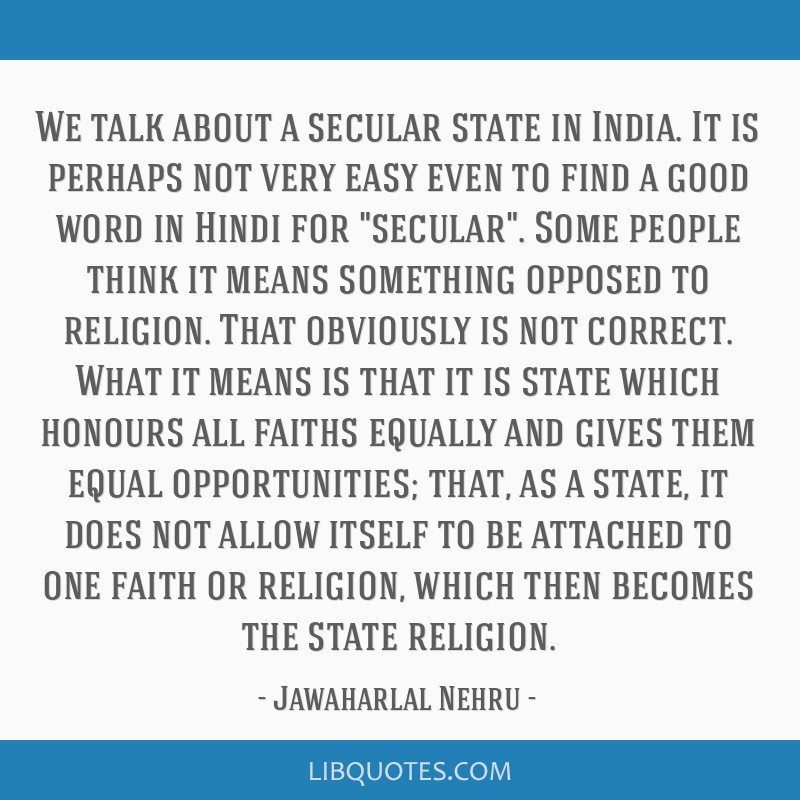 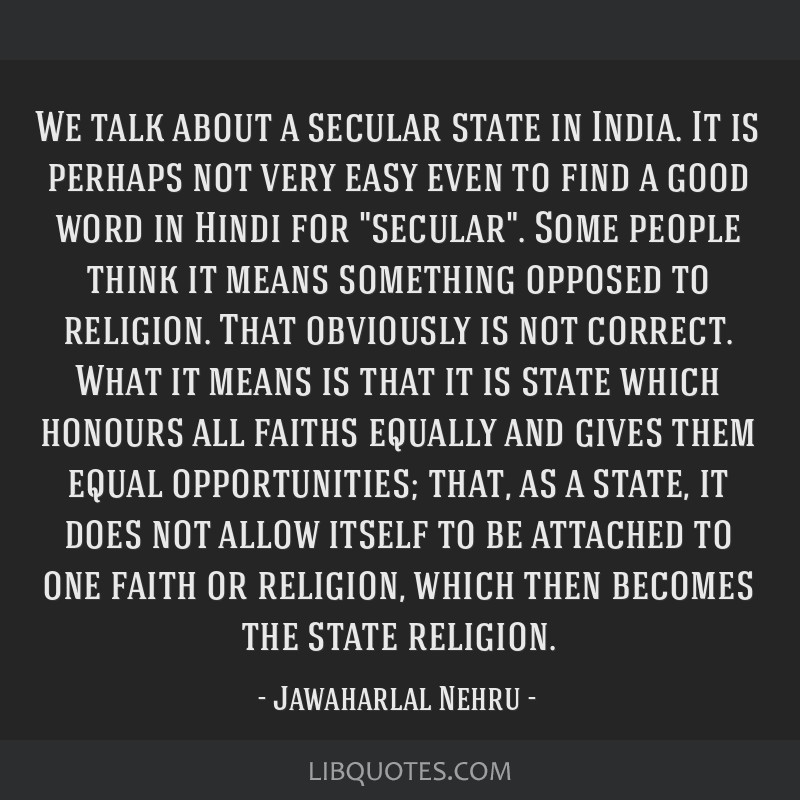 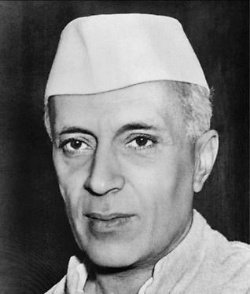