Donald Judd spoke of a 'neutral' surface, but what is meant? Neutrality must involve some relationship (to other ways of painting, thinking?) He would have to include these in his work to establish the neutrality of that surface. He also used 'non' or 'not' – expressive – this is an early problem – a negative solution or – expression of new sense – which can help one into – what one has not known. 'Neutral' expresses an intention. 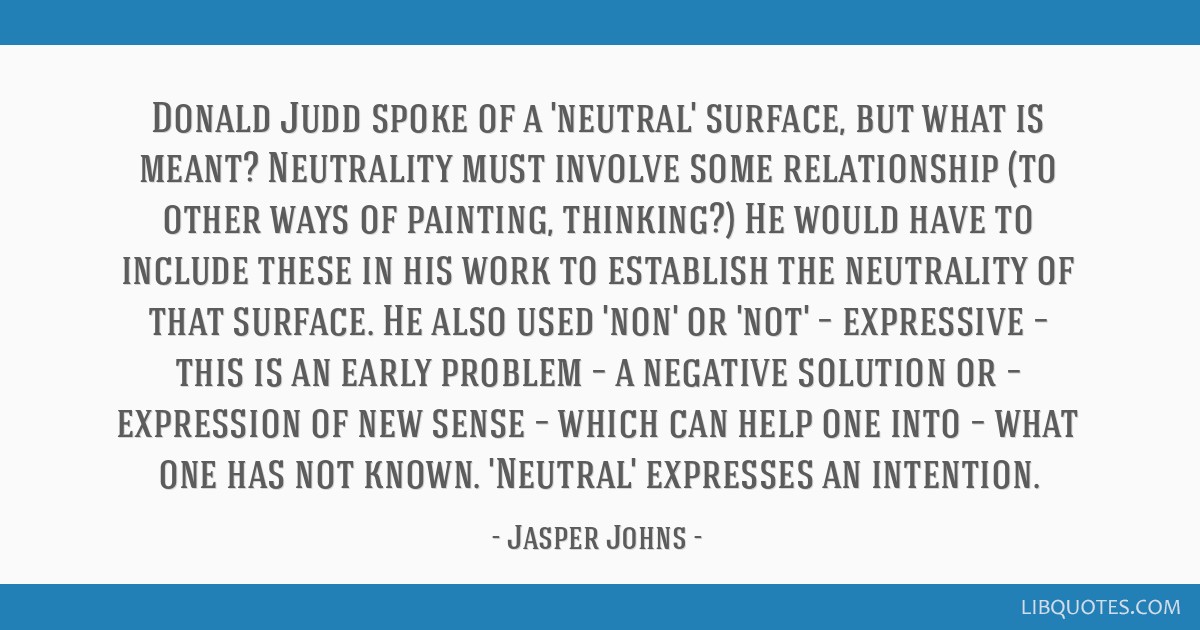 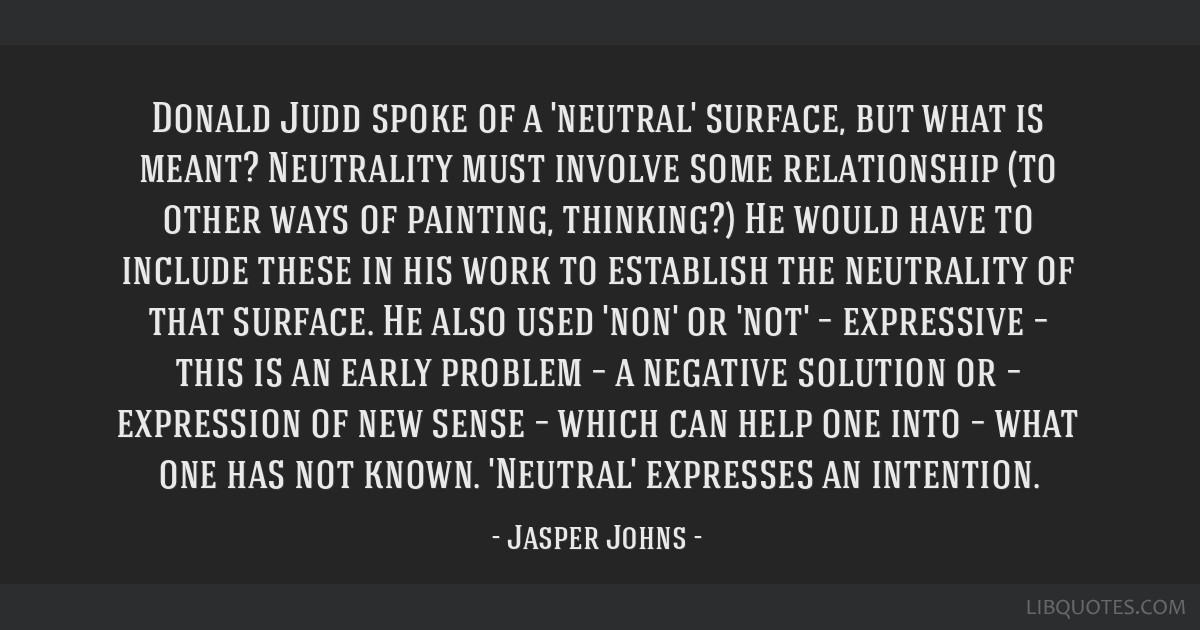 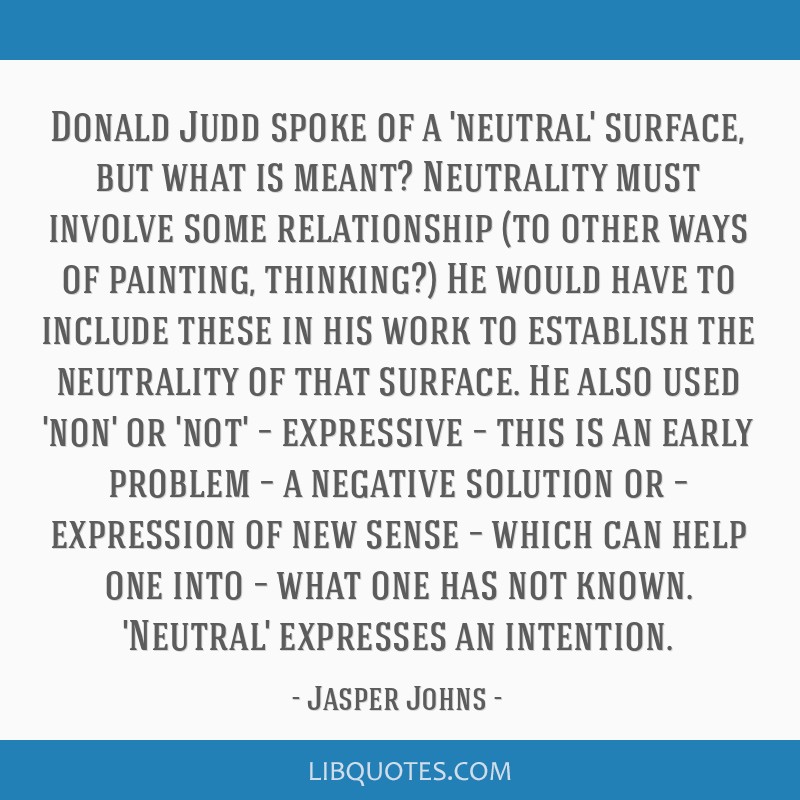 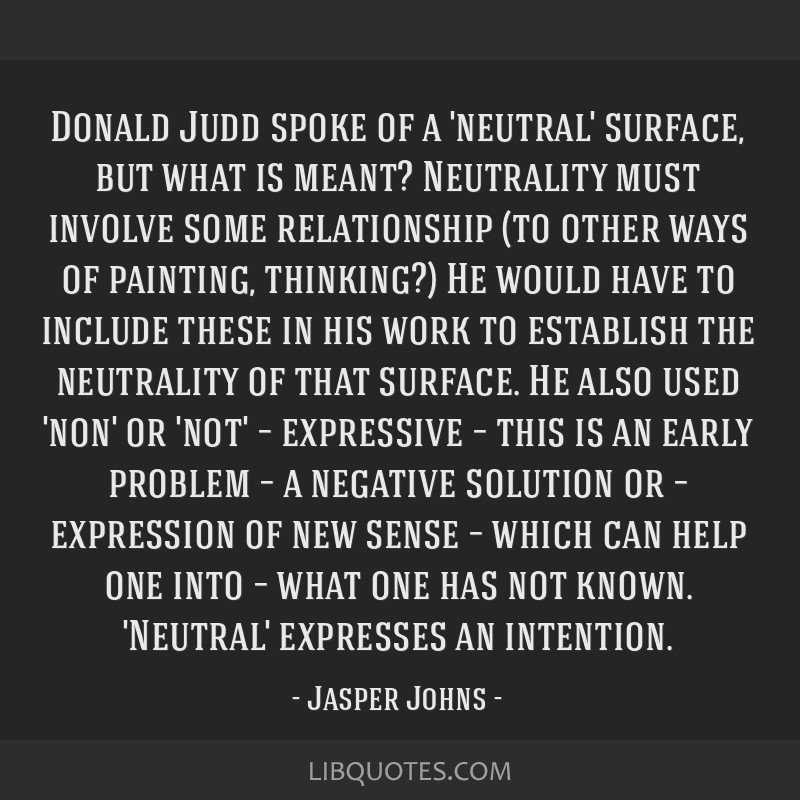