Only from chaos does order come. The angry Fates bring death where they will, when war is king, says Enlil, storm god of the armies, and the tip of his crown rends the clouds above their heads. "Wheresoever I rule, death comes shambling after. So it has always been, is, and will be." 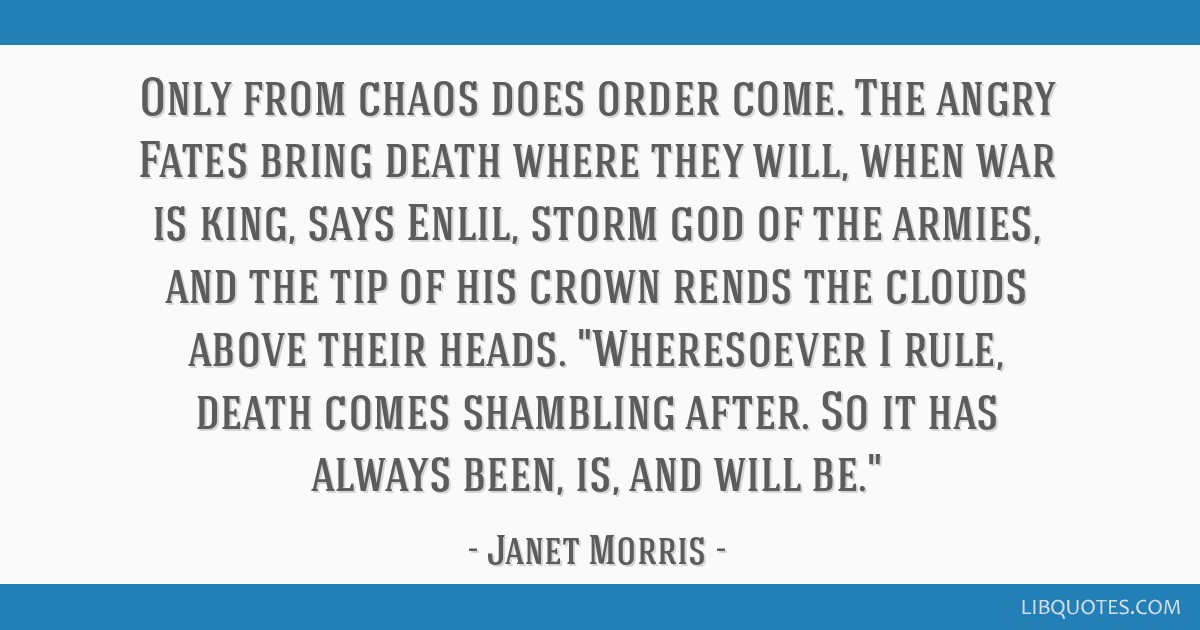 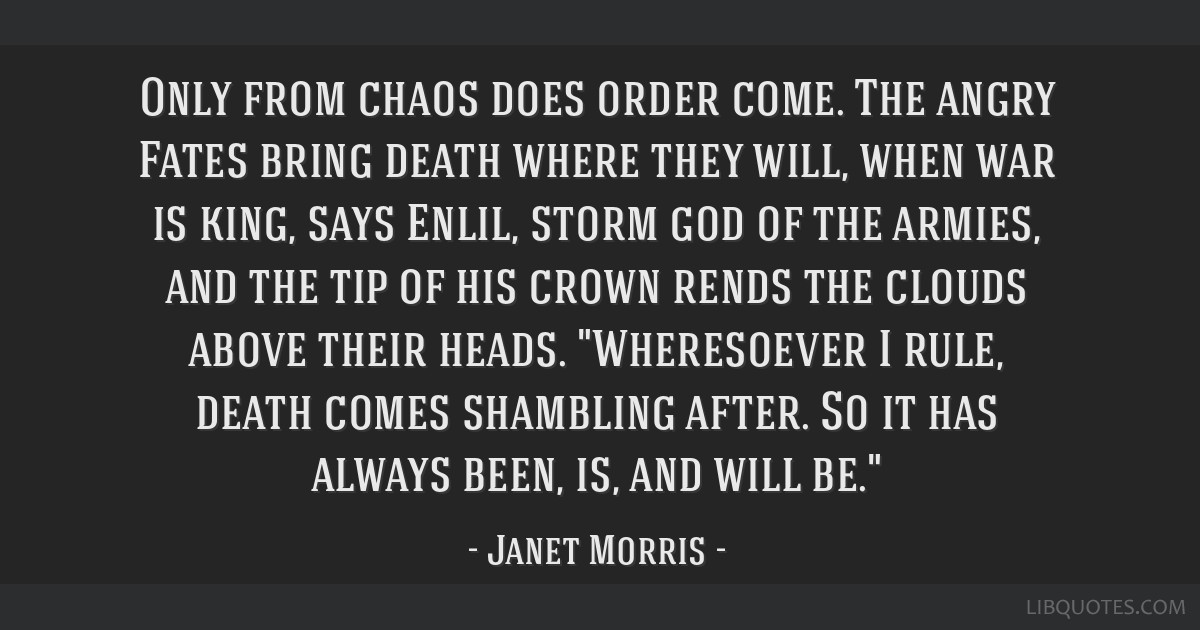 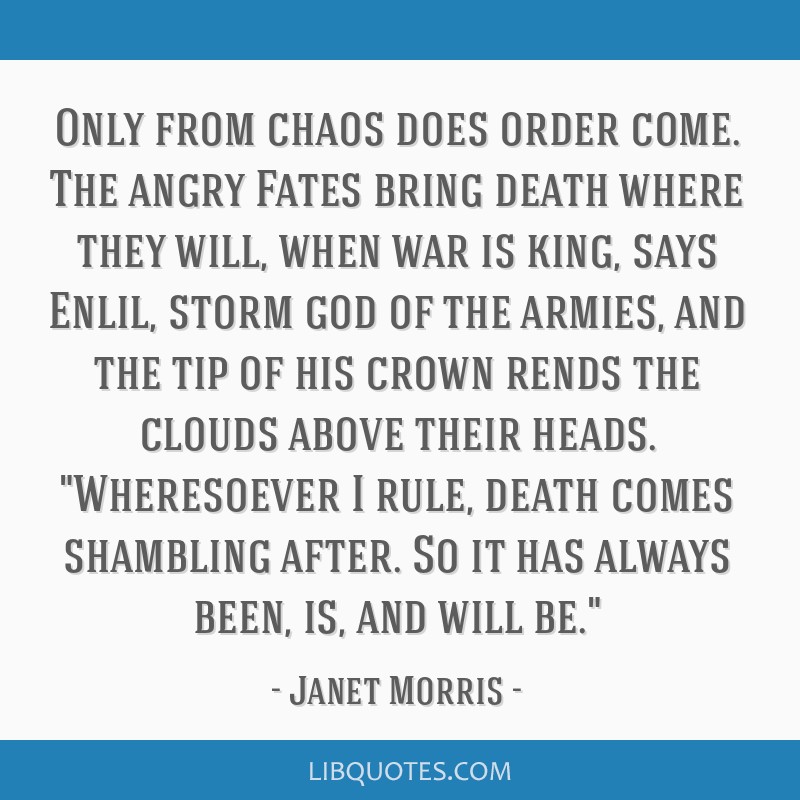 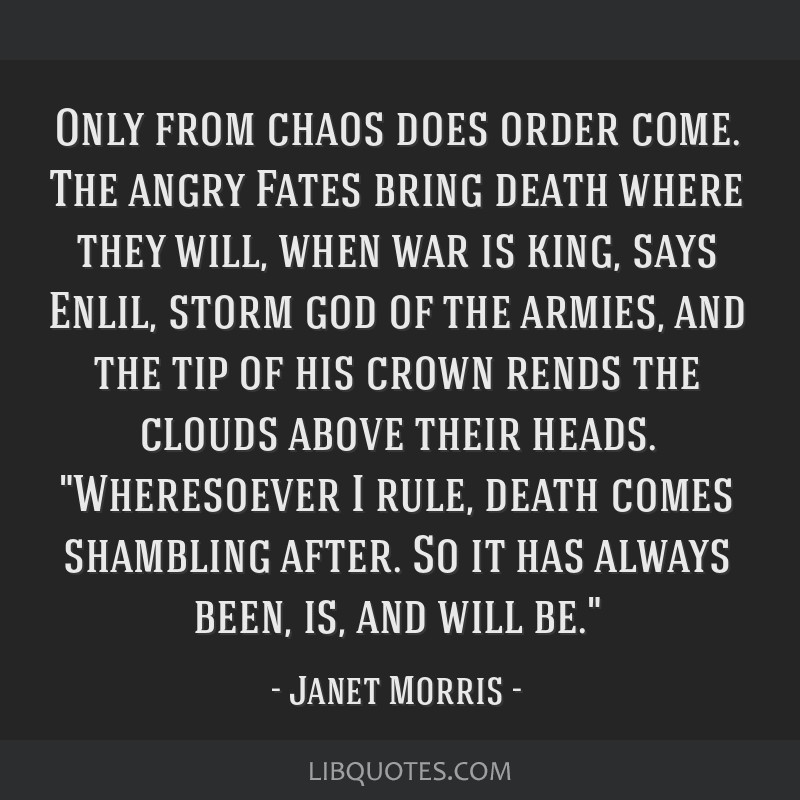