I was... questioning the students when something else caught my attention. First, dimly, then more vividly, I began to sense the presence of an invisible personality beside me. That is, I didn't see him, but felt his emotional reality quite as strongly as physical vision could ever show it. I'd "met" this same person in several previous classes when he told me mentally that he represented a past life of mine. Then, supposedly, I'd been some kind of jealous leader, demanding utmost loyalty. My friend Sue had been one of my followers. Now he wanted to confront her, feeling that she was going her own way this time and not following in her footsteps, as he thought she should have.

p. 8 - Adventures In Consciousness: An Introduction to Aspect Psychology, (1975) 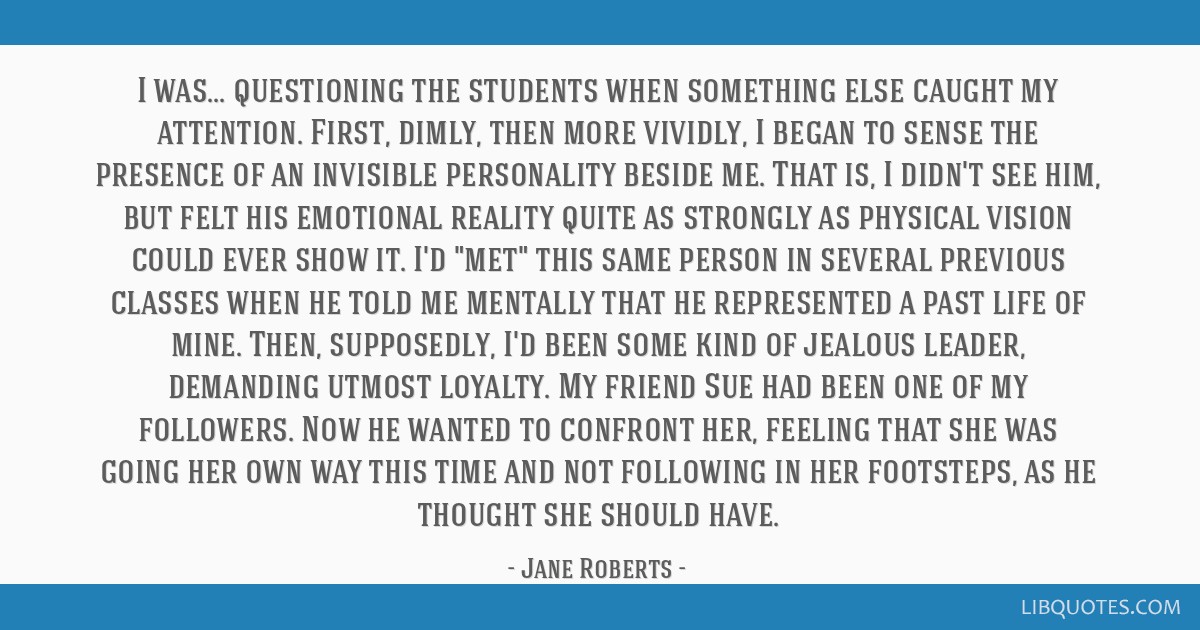 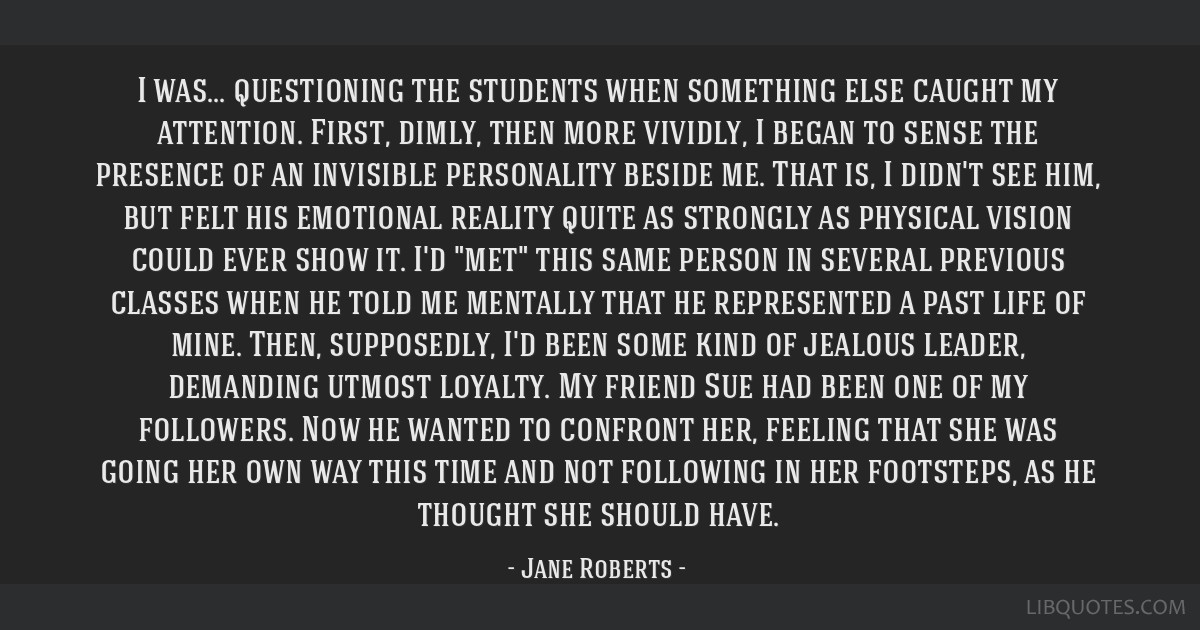 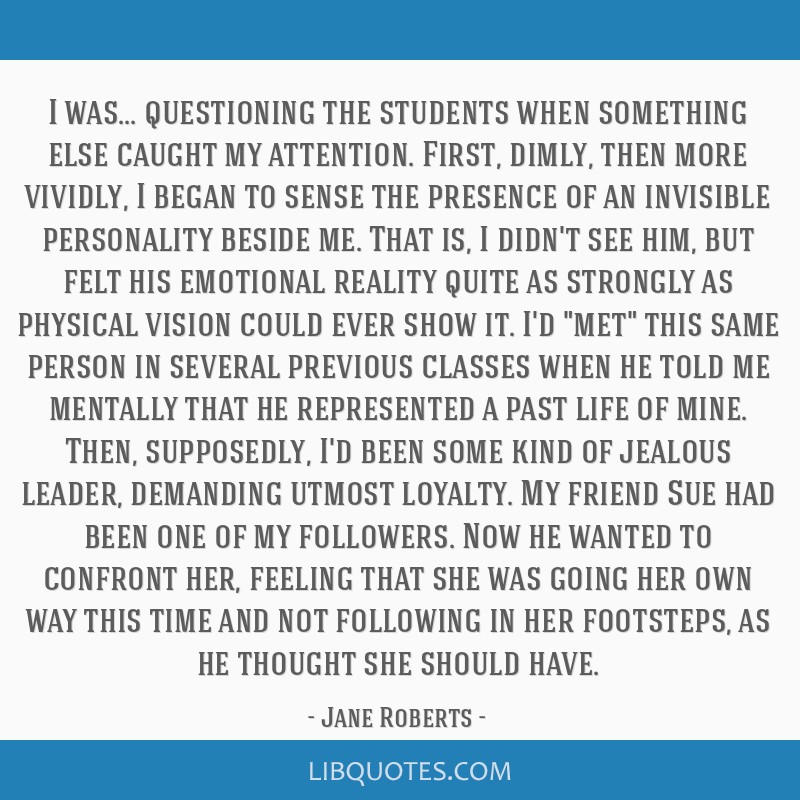 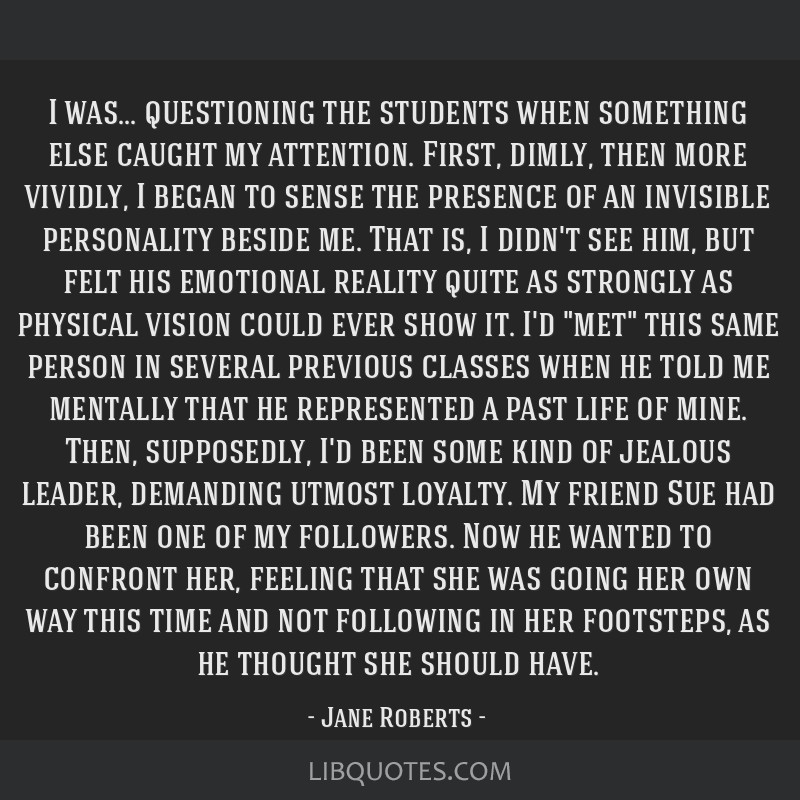 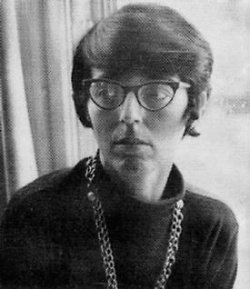