Take Kentucky. Kentucky's legislature voted not to secede, and early in the war, Confederate Gen. Albert Sidney Johnston ventured through the western part of the state and found 'no enthusiasm as we imagined and hoped but hostility … in Kentucky.' Eventually, 90,000 Kentuckians would fight for the United States, while 35,000 fought for the Confederate States. Nevertheless, according to historian Thomas Clark, the state now has 72 Confederate monuments and only two Union ones.

2015 - Why do people believe myths about the Confederacy? Because our textbooks and monuments are wrong (2015) 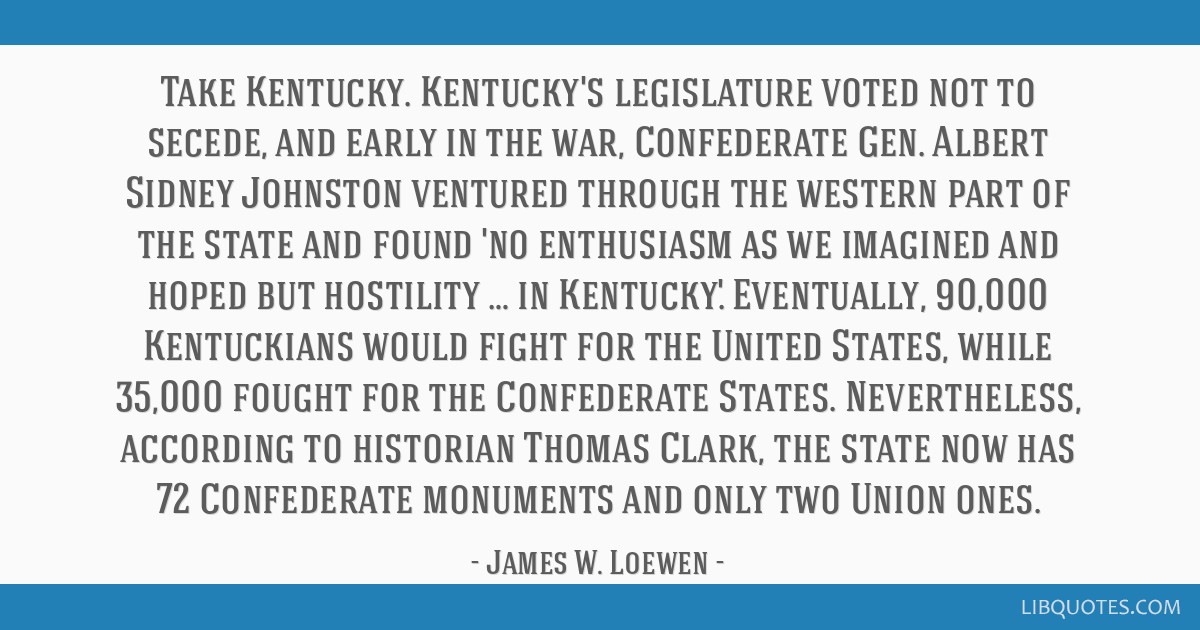 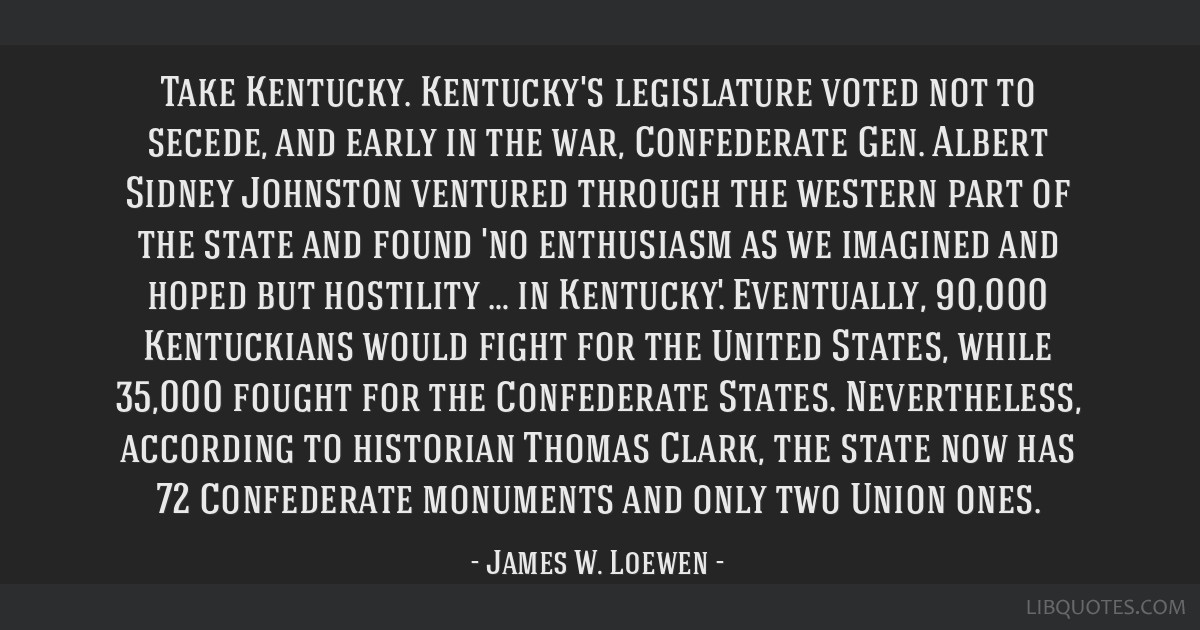 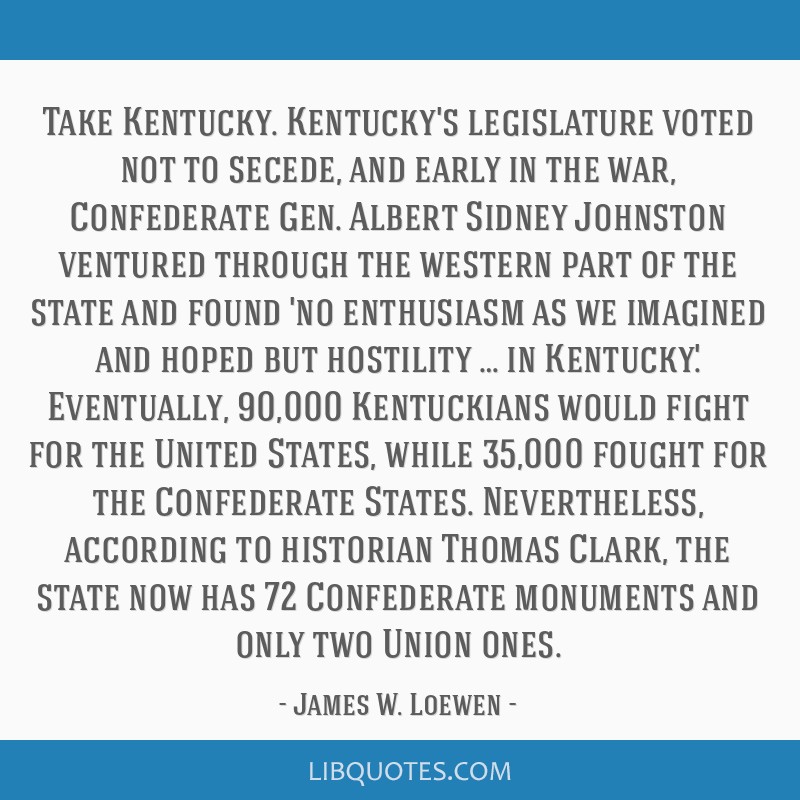 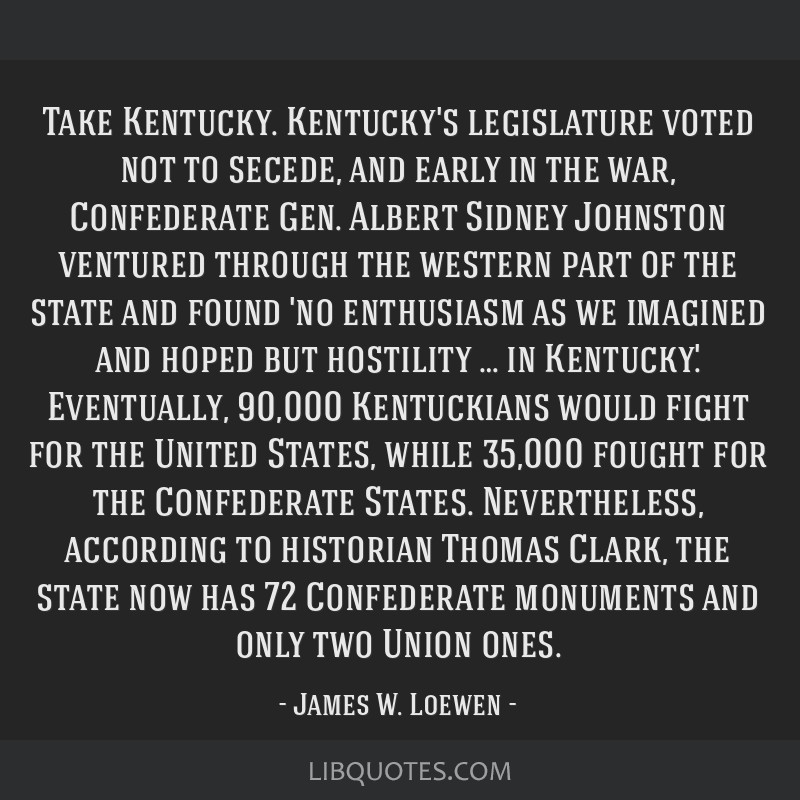