It's one thing to remember history and to put up historical markers that get it right. It's quite another thing to commemorate someone and to name stuff for him. You don't learn anything from driving the Jefferson Davis Highway about Jefferson Davis except that he was a great man and should be honored. And it's precisely that last little bit - should be honored - that we need to take away from him.

As quoted in "Rejection Of Flag Exposes Larger Truths About The Confederacy" (2 July 2015), by Robert Siegel, NPR - How Two Historians Responded To Racism In Mississippi (December 2014) 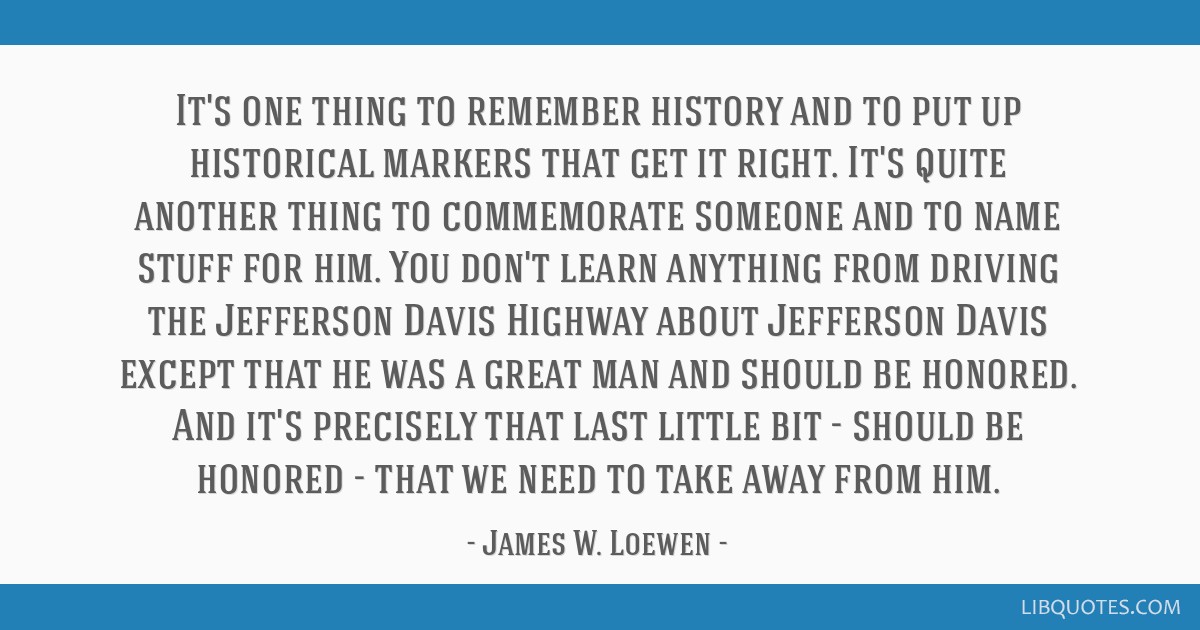 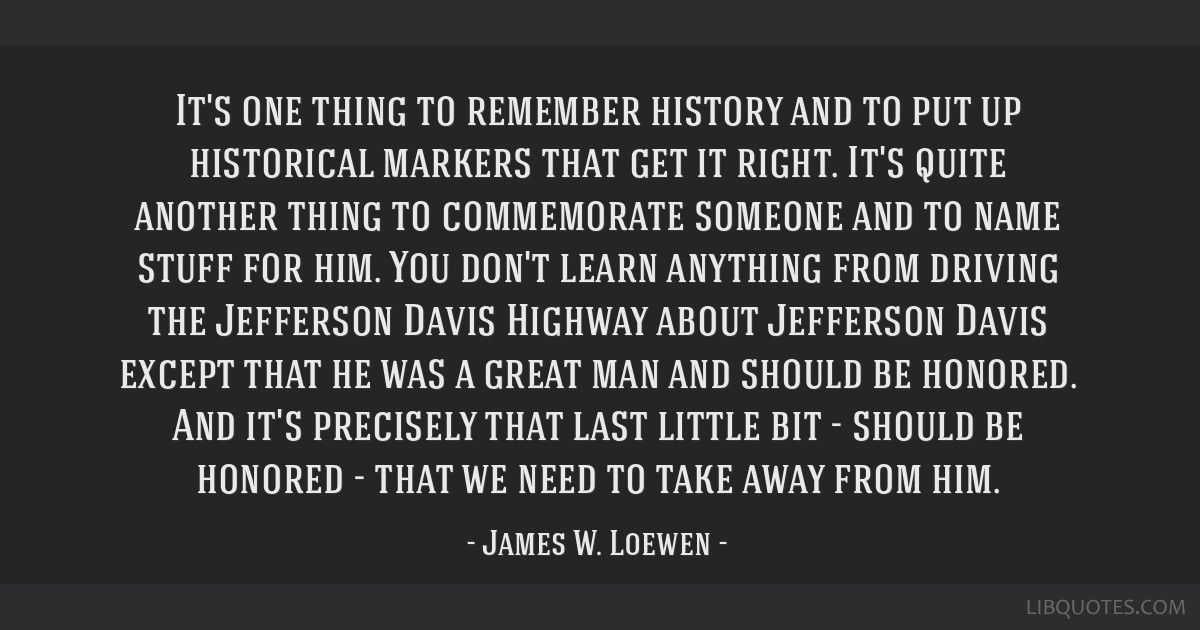 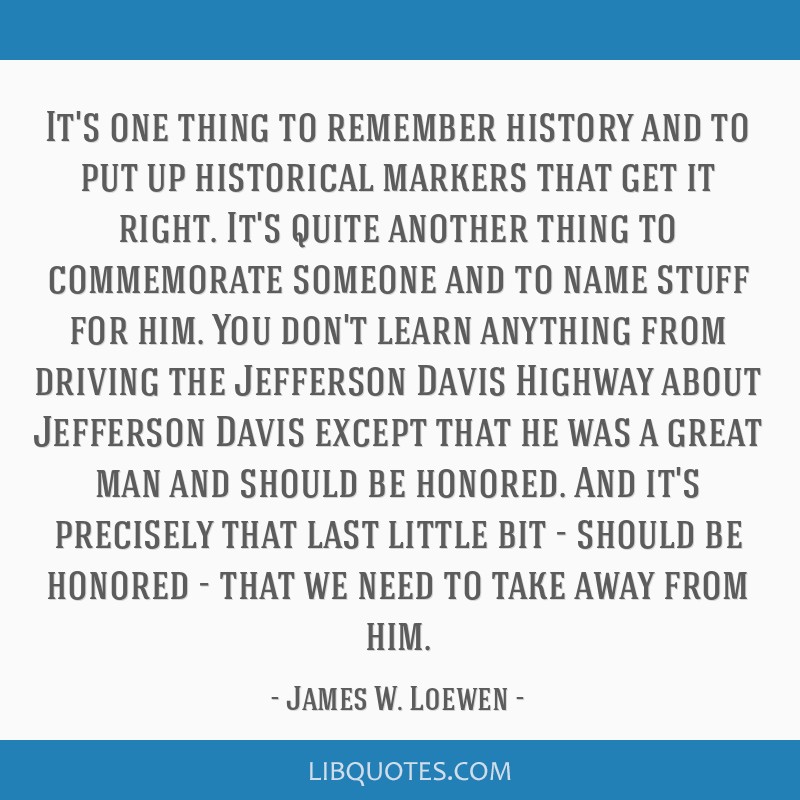 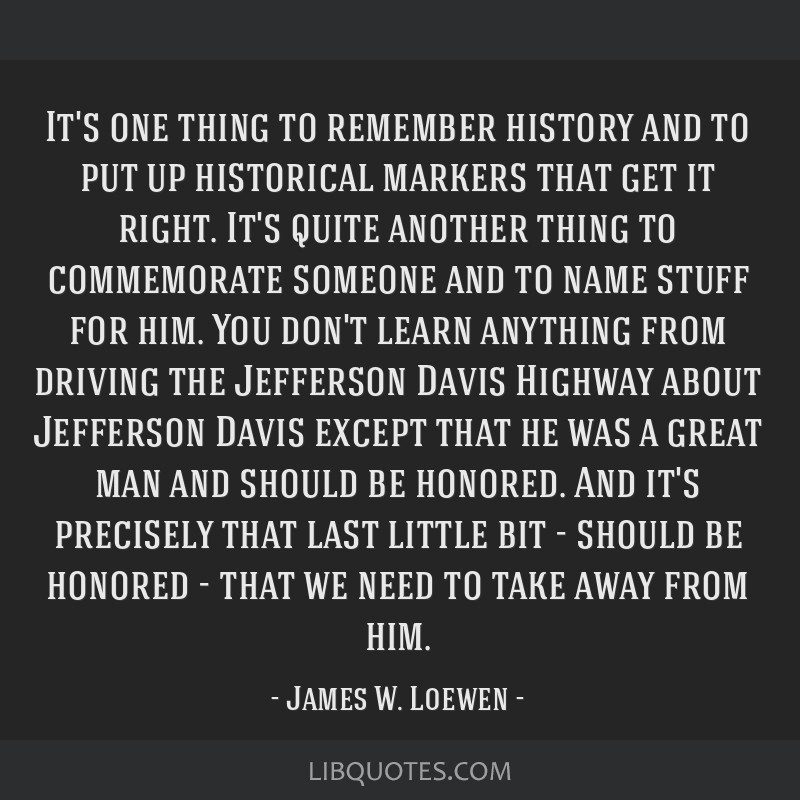