Songs such as 'Nigger Doodle Dandy' reflect the racist tone of the Democrats' presidential campaign in 1864. How did Republicans counter? In part, they sought white votes by being anti-racist. The Republican campaign, boosted by military victories in the fall of 1864, proved effective. The Democrats' overt appeals to racism failed, and anti-racist Republicans triumphed almost everywhere. One New York Republican wrote 'The change of opinion on this slavery question... is a great and historic fact. Who could have predicted... this great and blessed revolution?' People around the world supported the Union because of its ideology.

As quoted in Lies My Teacher Told Me: Everything Your American History Textbook Got Wrong (2007), New York: New Press, p. 192 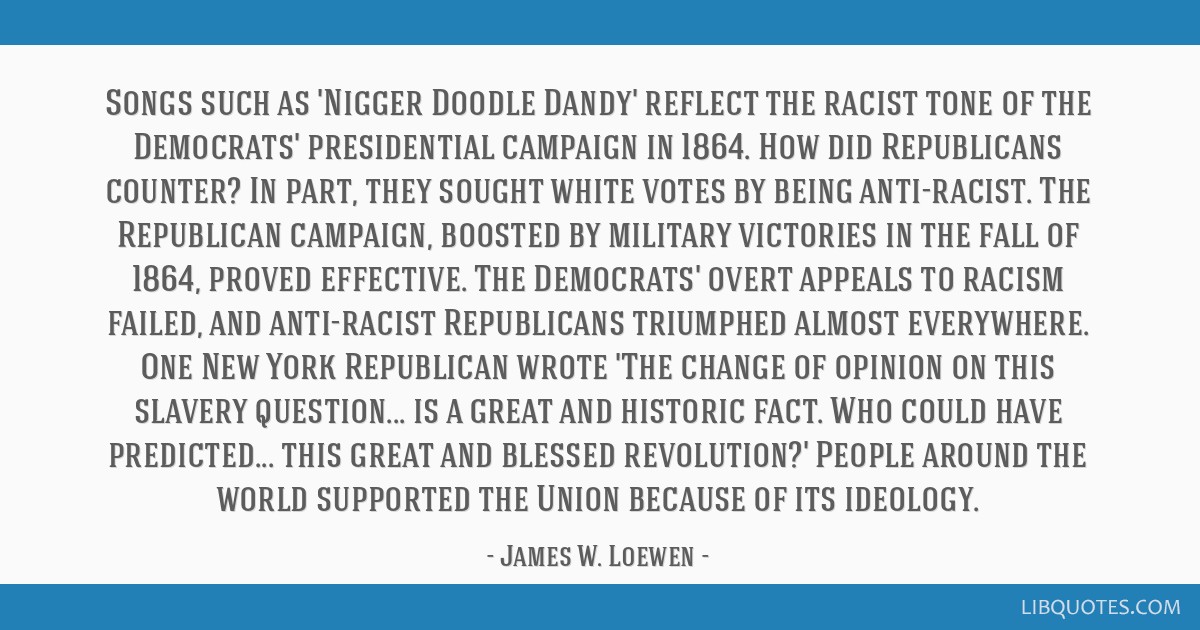 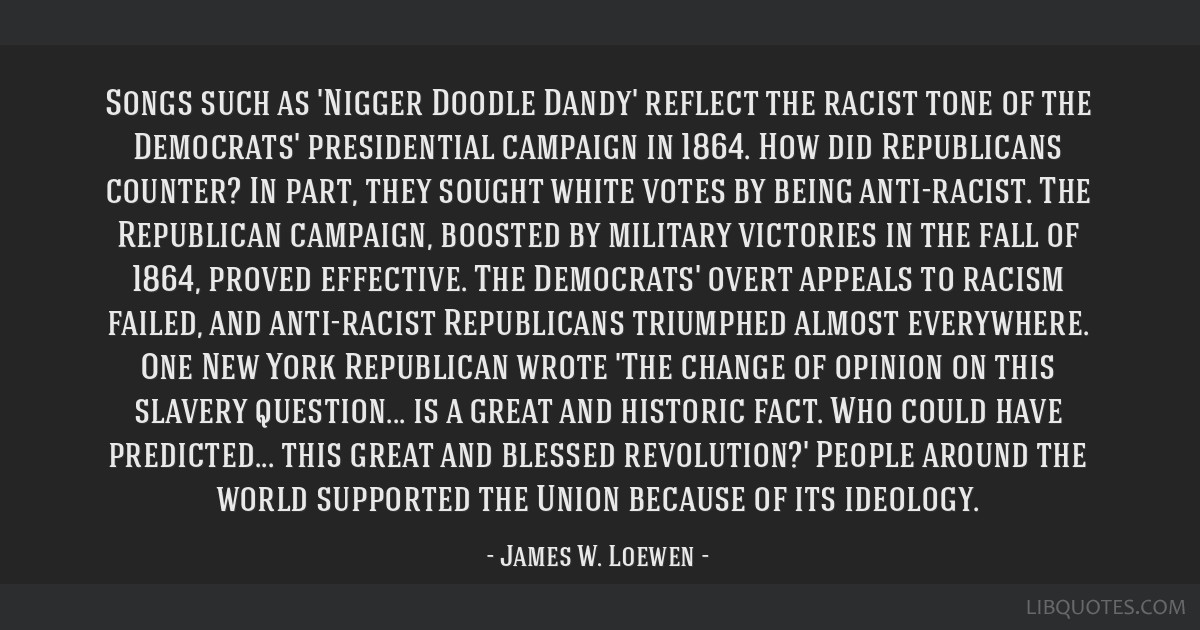 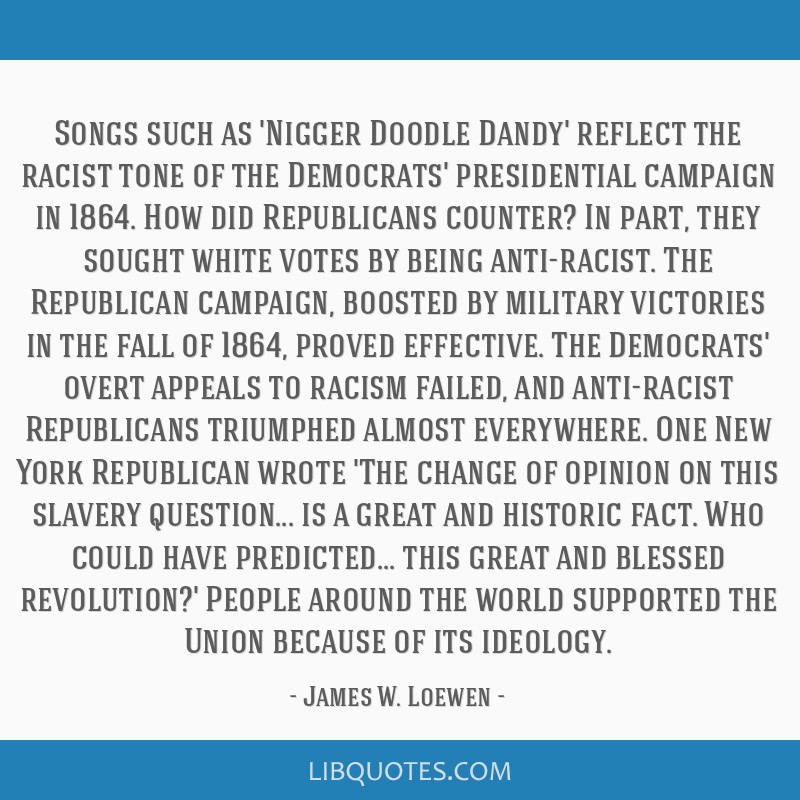 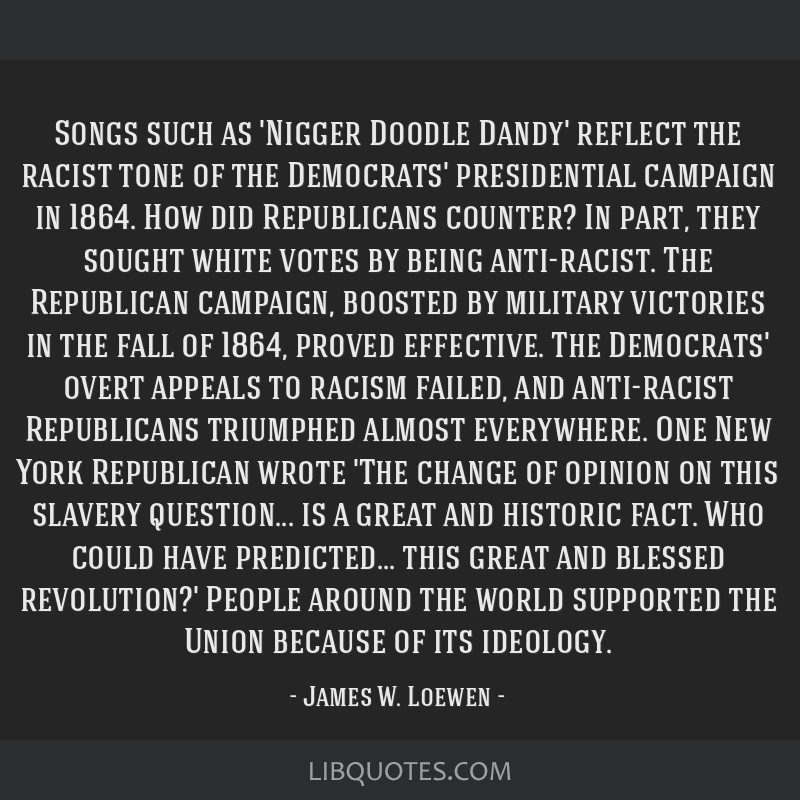