When the Irishman is found outside of Ireland in another environment, he very often becomes a respected man. The economic and intellectual conditions that prevail in his own country do not permit the development of individuality. No one who has any self-respect stays in Ireland, but flees afar as though from a country that has undergone the visitation of an angered Jove. 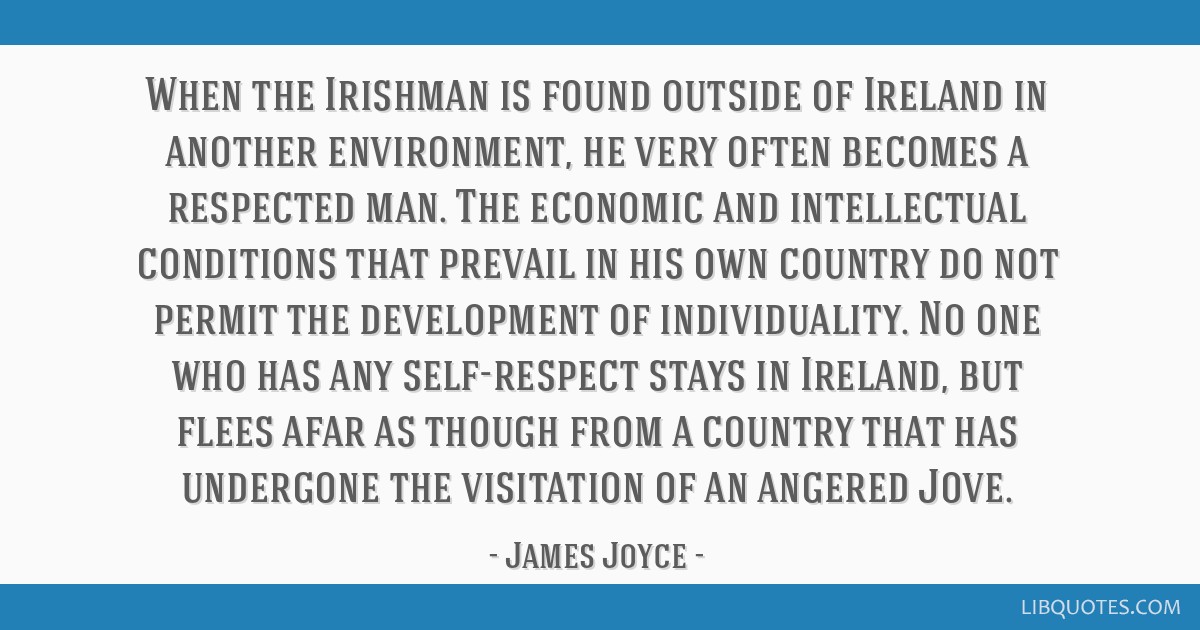 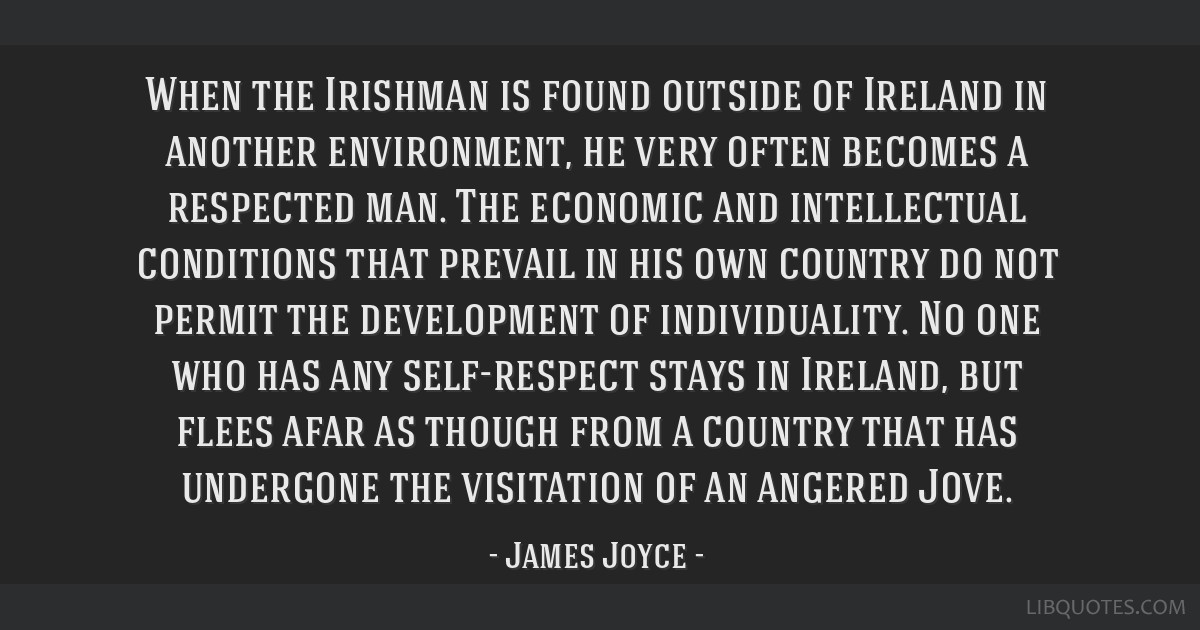 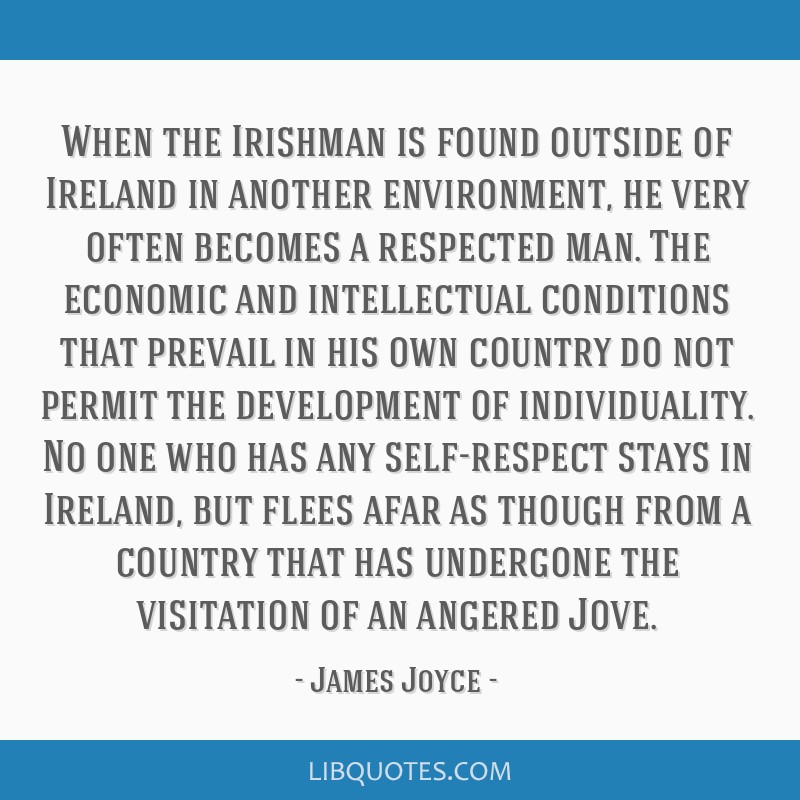 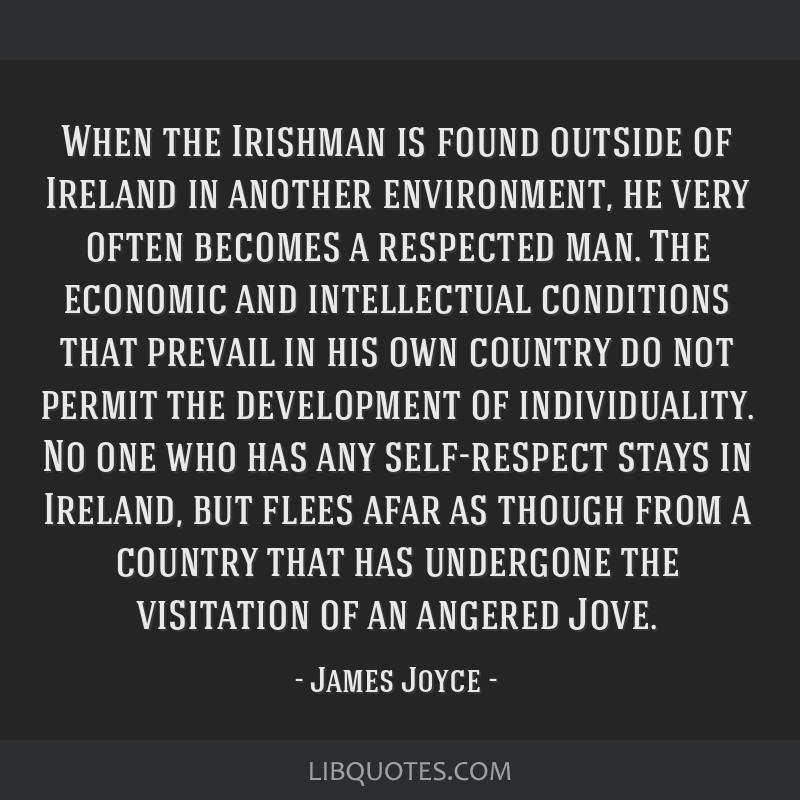 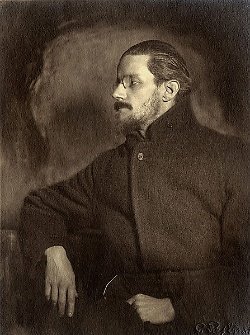