I think men of science as well as other men need to learn from Christ, and I think Christians whose minds are scientific are bound to study science that their view of the glory of God may be as extensive as their being is capable. But I think that the results which each man arrives at in his attempts to harmonize his science with his Christianity ought not to be regarded as having any significance except to the man himself, and to him only for a time, and should not receive the stamp of a society. 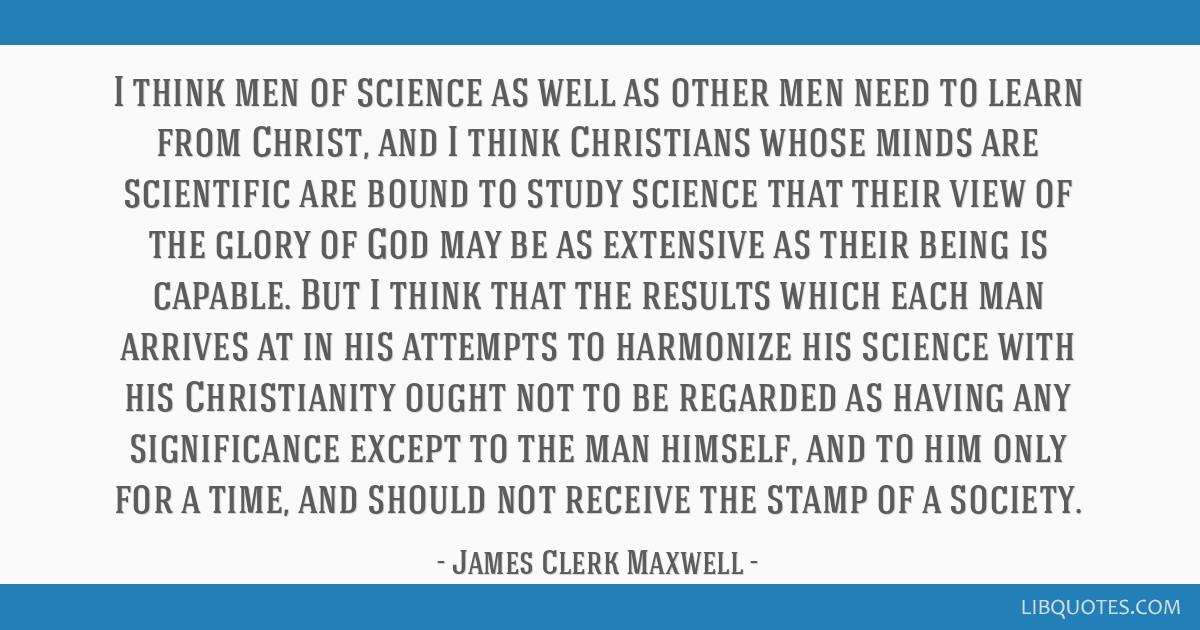 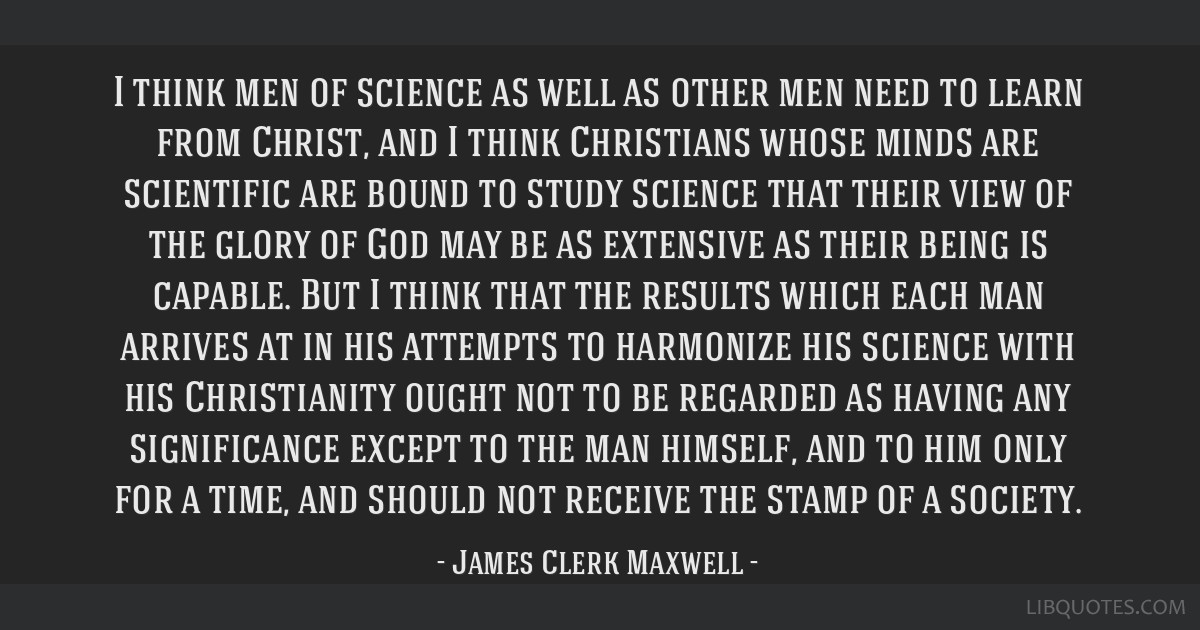 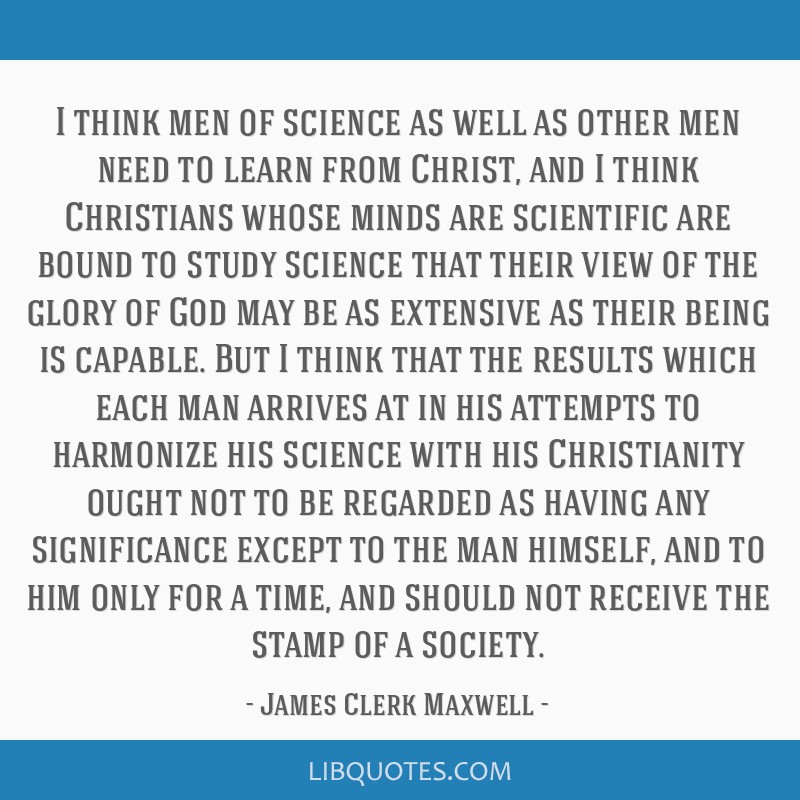 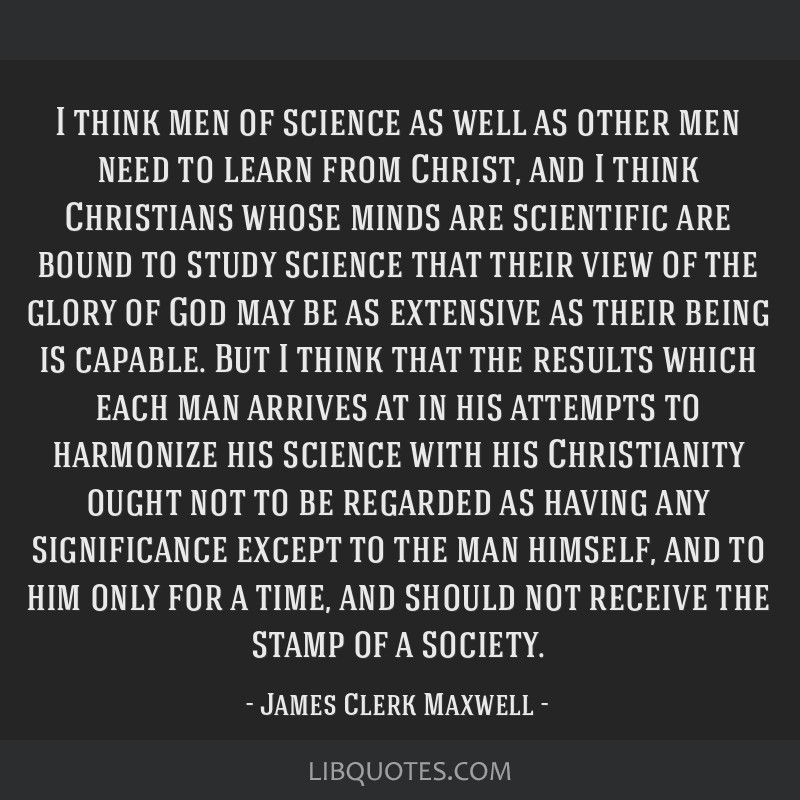 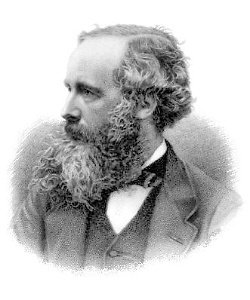