Imagination is a force that can actually manifest a reality. … Don't put limitations on yourself. Other people will do that for you. Don't do that to yourself. Don't bet against yourself. And take risk. NASA has this phrase that they like, "Failure is not an option." But failure has to be an option. In art and exploration, failure has to be an option. Because it is a leap of faith. And no important endeavour that required innovation was done without risk. You have to be willing to take those risks. … In whatever you are doing, failure is an option. But fear is not. 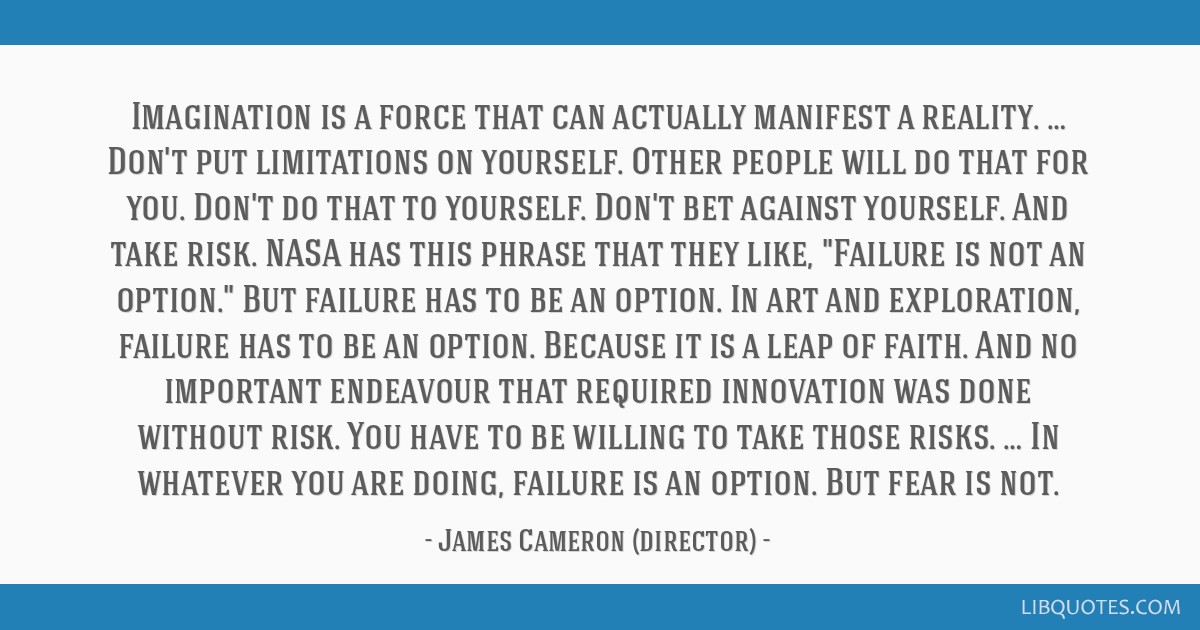 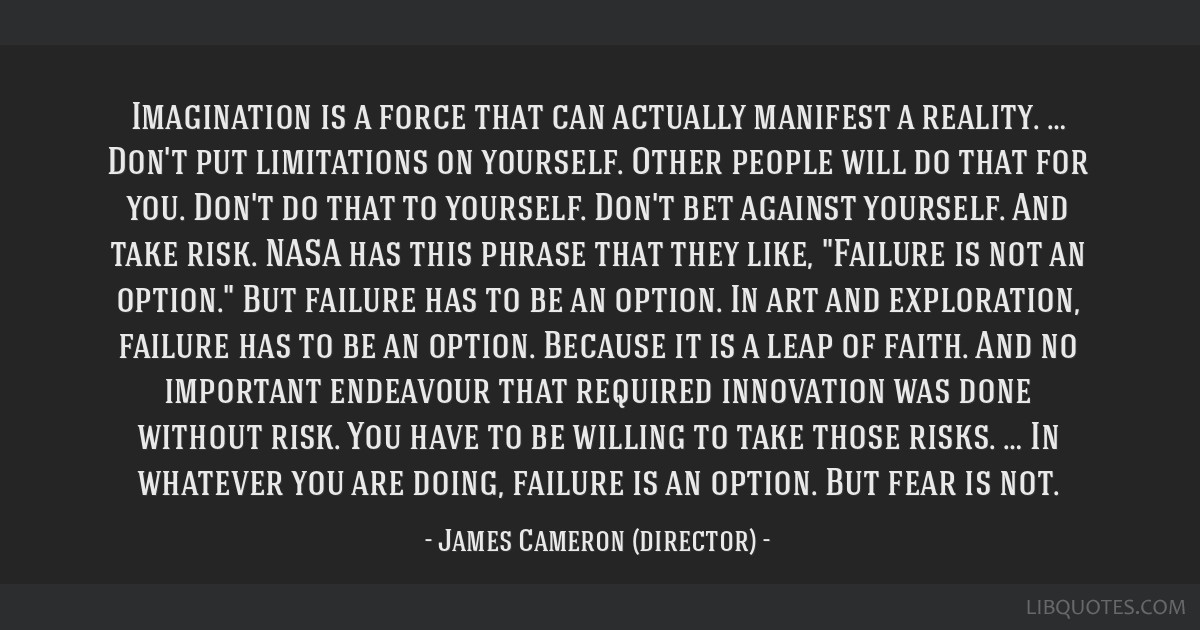 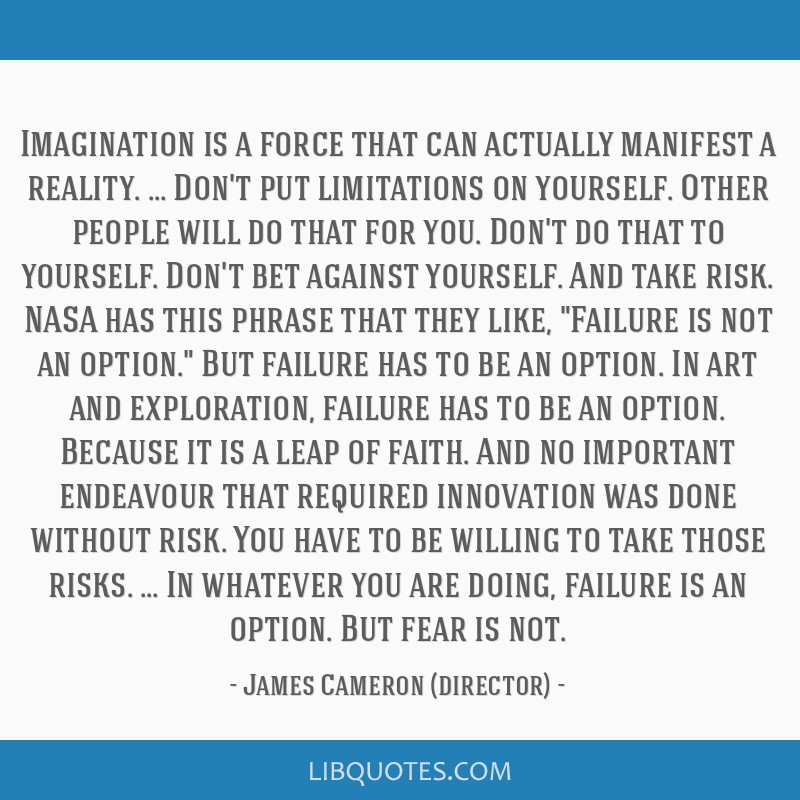 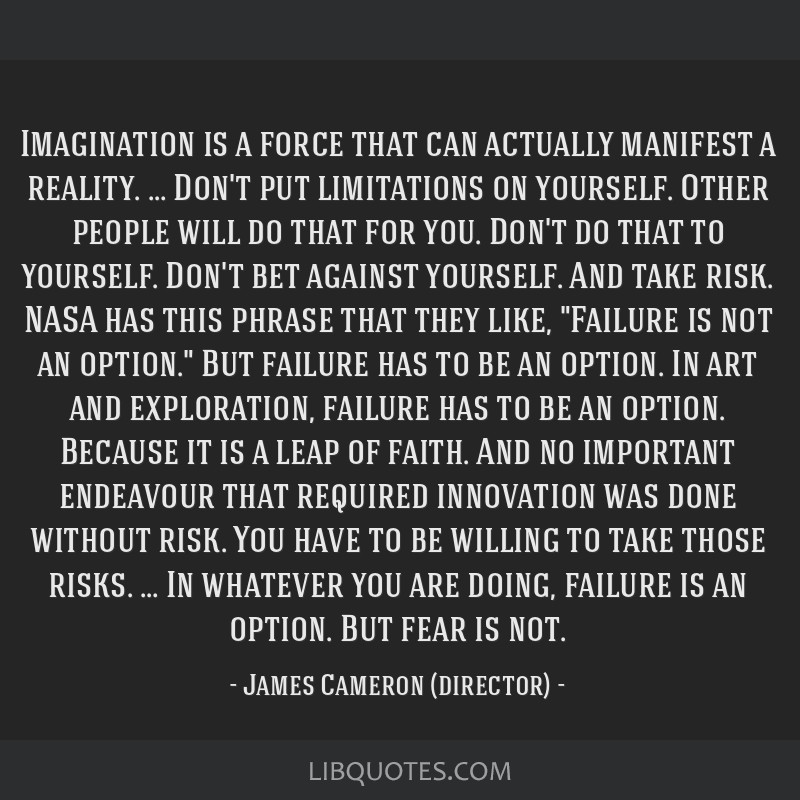 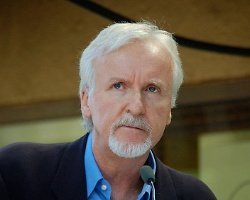