Millions of people in Britain must have been very surprised to hear that the language of Chaucer, of Shakespeare and of Milton must in future be regarded as an undesirable American import from which we have to protect ourselves if we are to build a new Europe. We can agree that the French own the supreme prose literature in Europe. But if we are to prove — if we have to prove — our Europeanism by accepting that French is the dominant language in the Community, then my answer is quite clear, and I will say it in French in order to prevent any misunderstanding: Non, merci beaucoup. 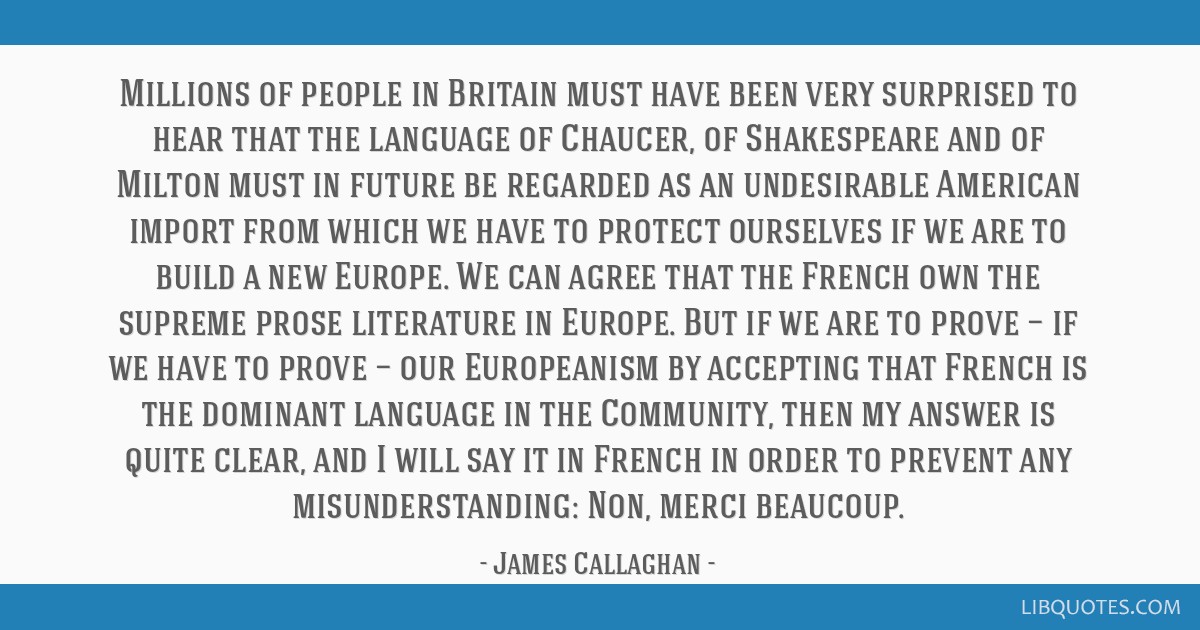 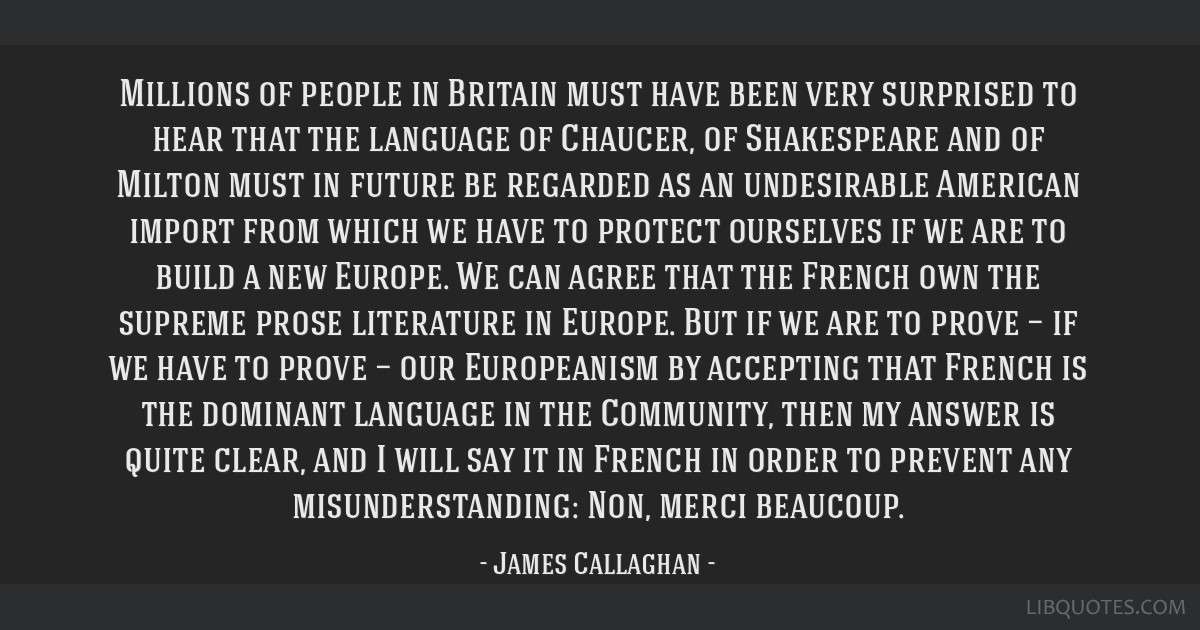 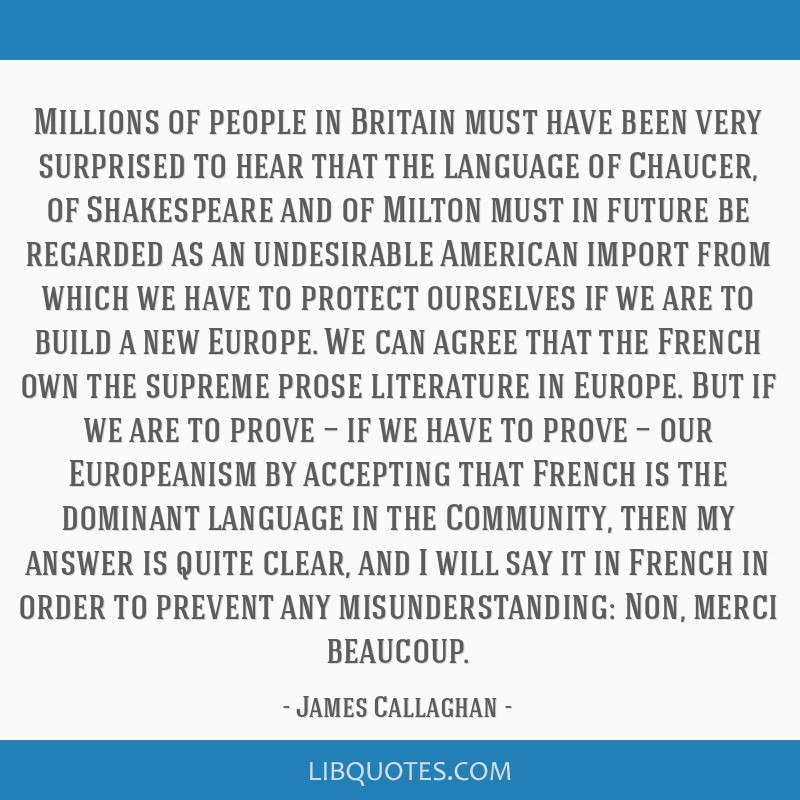 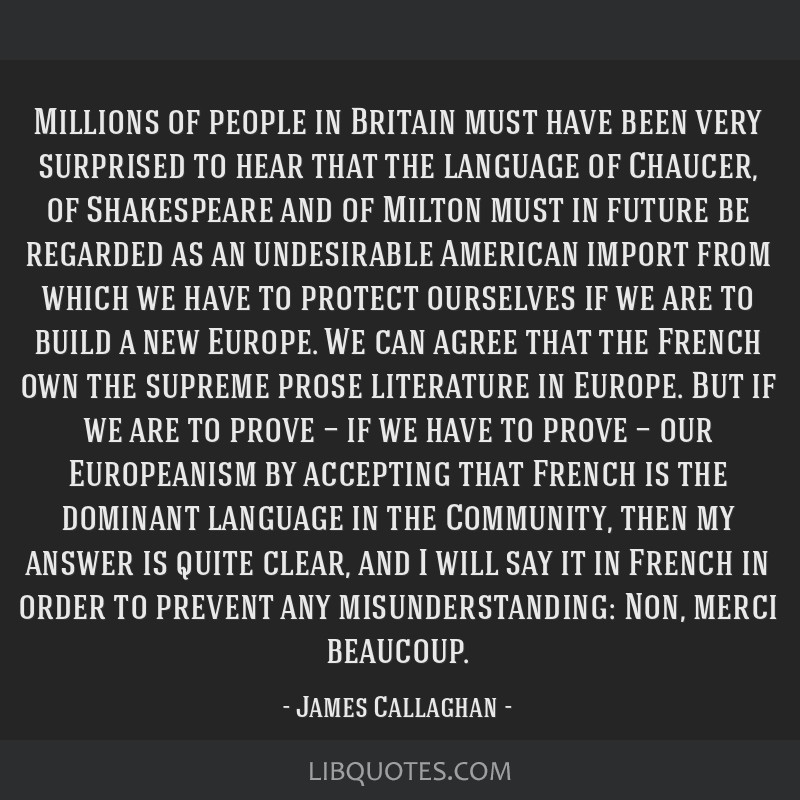 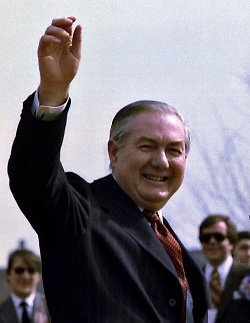