Hitherto we have considered the apparent motion of the star about its true place, as made only in a plane parallel to the ecliptic, in which case it appears to describe a circle in that plane; but since, when we judge of the place and motion of a star, we conceive it to be in the surface of a sphere, whose centre is our eye, 'twill be necessary to reduce the motion in that plane to what it would really appear on the surface of such a sphere, or (which will be equivalent) to what it would appear on a plane touching such a sphere in the star's true place. 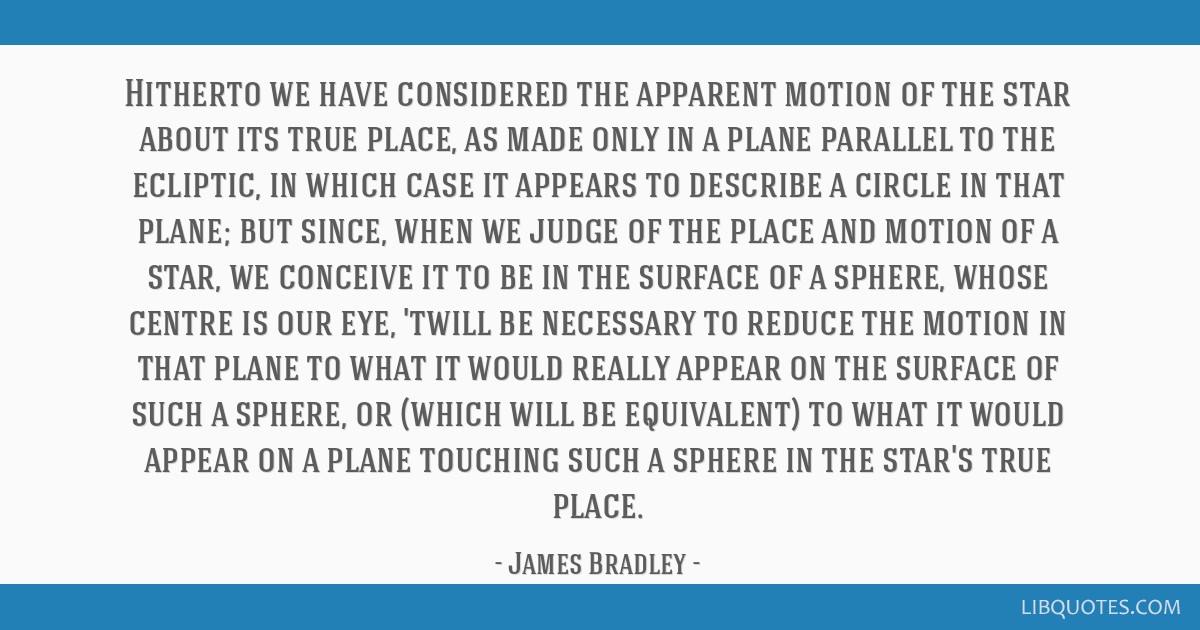 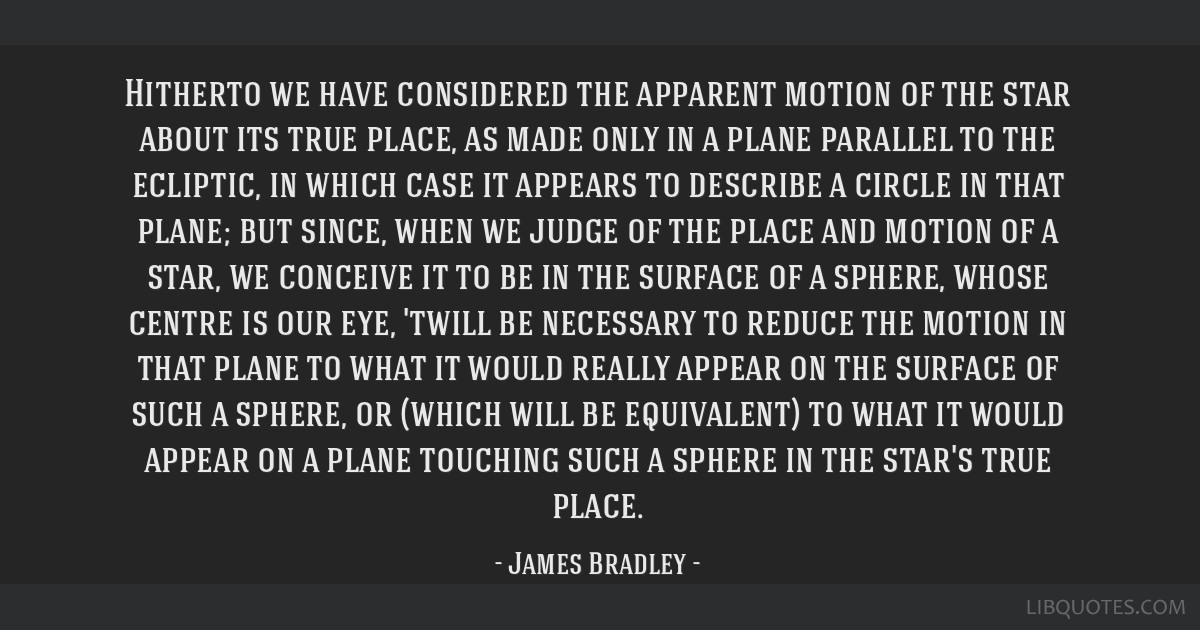 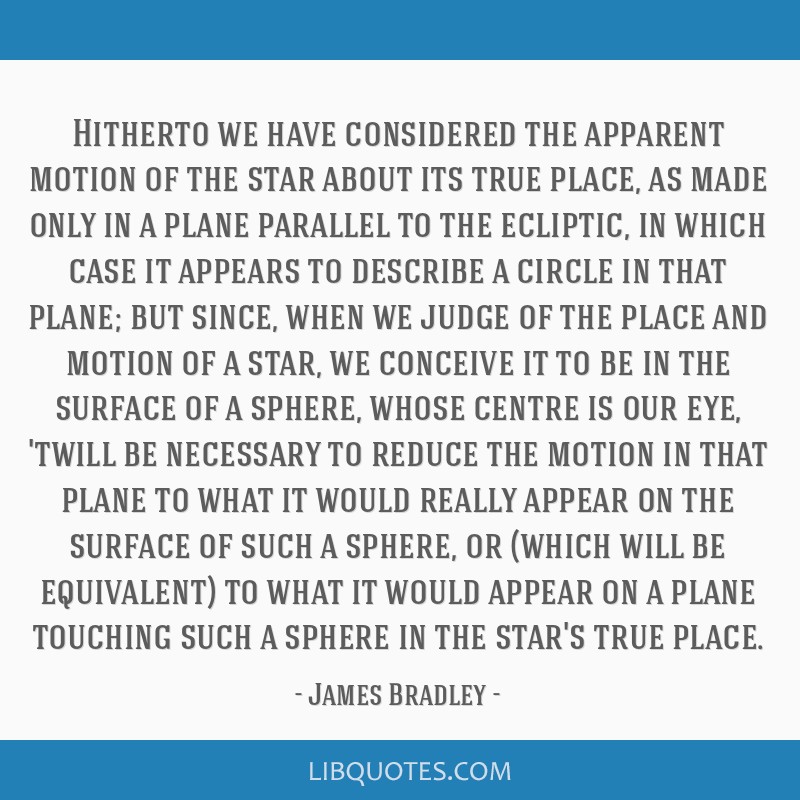 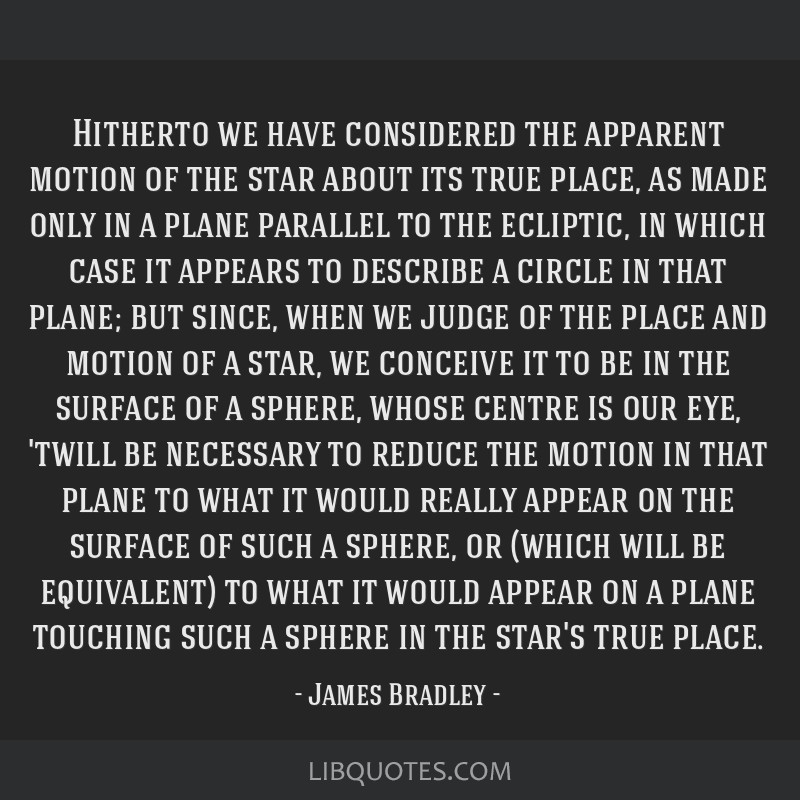 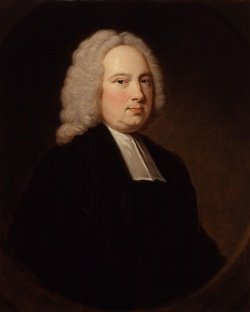