I jumped up on the benches, roared out, "Damn you, you rascals!", hissed and was in the greatest rage. [...] I hated the English; I wished from my soul that the Union was broke and that we might give them another battle of Bannockburn.

On an occasion of mocking a pair of Highland officers, circa 1672, as attributed by Ruaridh Nicoll, "As a Scot, I hate this idea of a neutered nation", The Observer, 22 April 2007

Ruaridh Nicoll: As a Scot, I hate this idea of a neutered nation 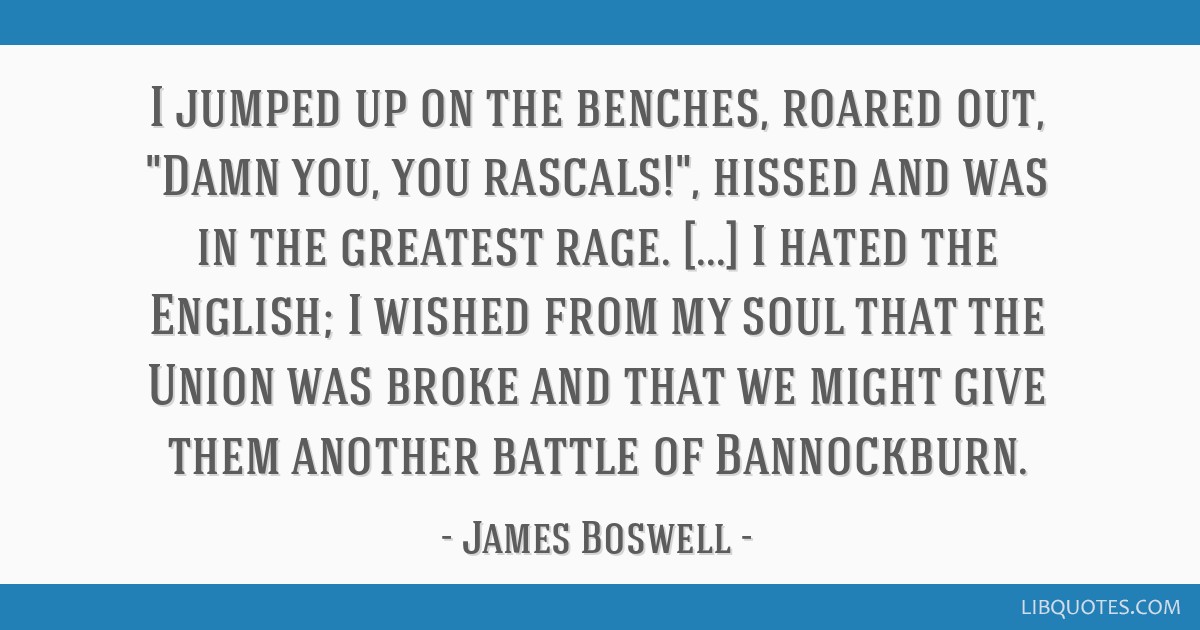 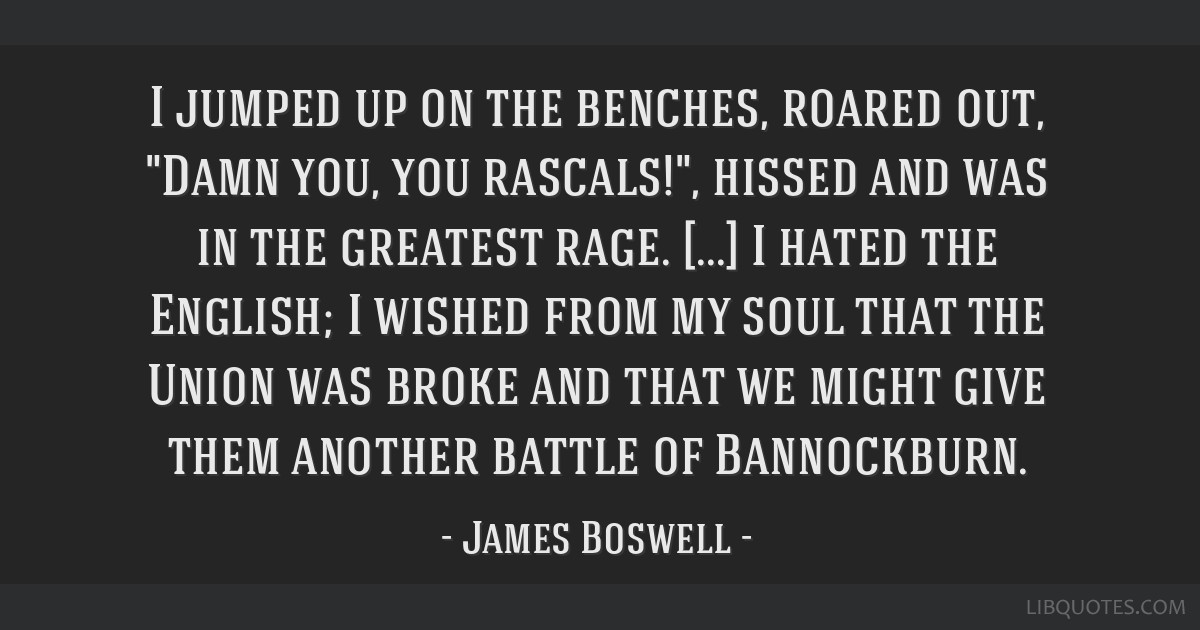 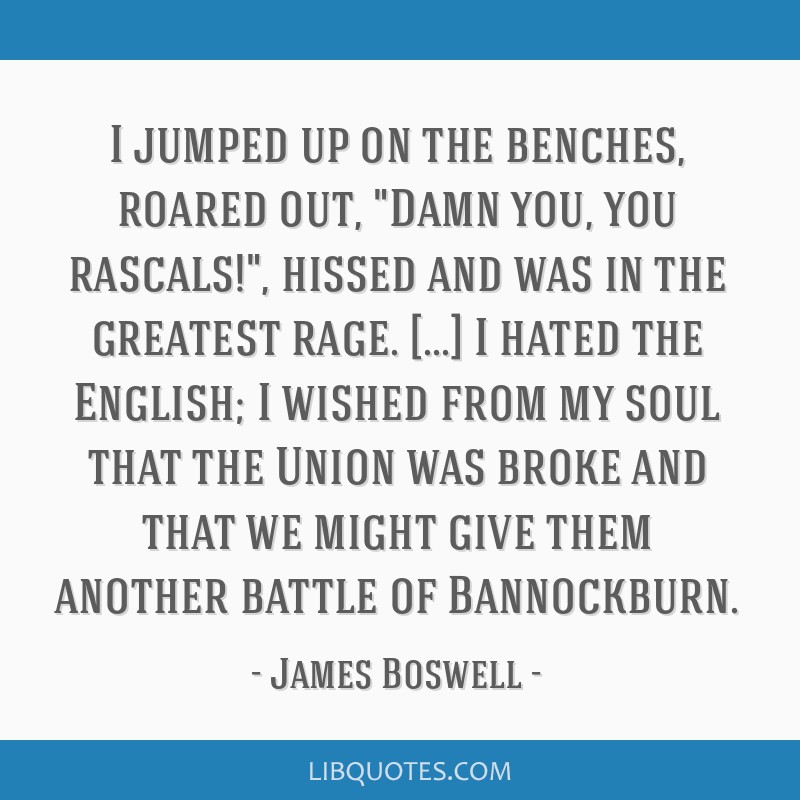 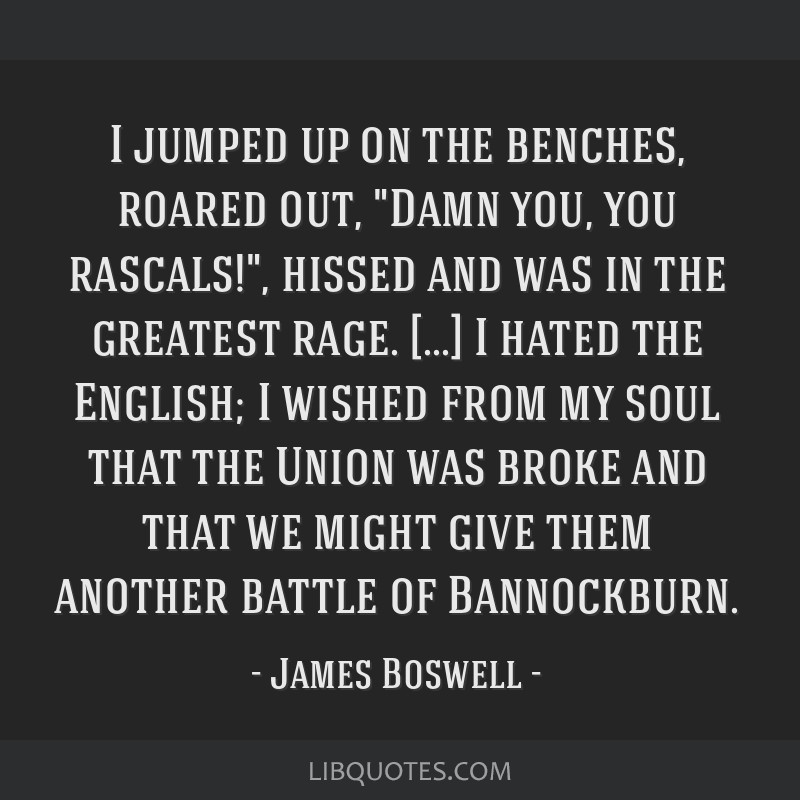 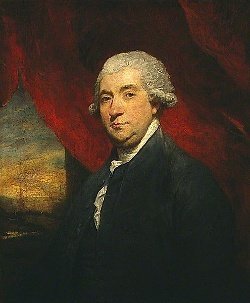