You can't break my spirit, it's my dreams you take.

James Blunt
It's time to the face the truth, I will never be with you. 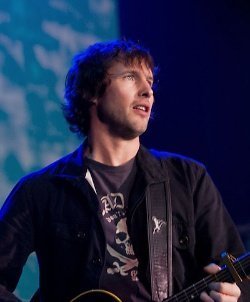 Creative Commons
Born: February 22, 1974 (age 48)
Bio: James Hillier Blount, better known by his stage name James Blunt, is an English singer-songwriter and former soldier. He had signed with EMI before securing a recording contract with Atlantic Records and Custard Records.
Known for: