It is true that two wrongs don't make a right, as we love to point out to the people we have wronged. But one wrong doesn't make a right, either. People who have been wronged will attempt to right the wrong; they would not be people if they didn't. They can rarely afford to be scrupulous about the means they will use. They will use such means as come to hand. Neither, in the main, will they distinguish one oppressor from another, nor see through to the root principle of their oppression.

Negroes Are Anti-Semitic Because They're Anti-White 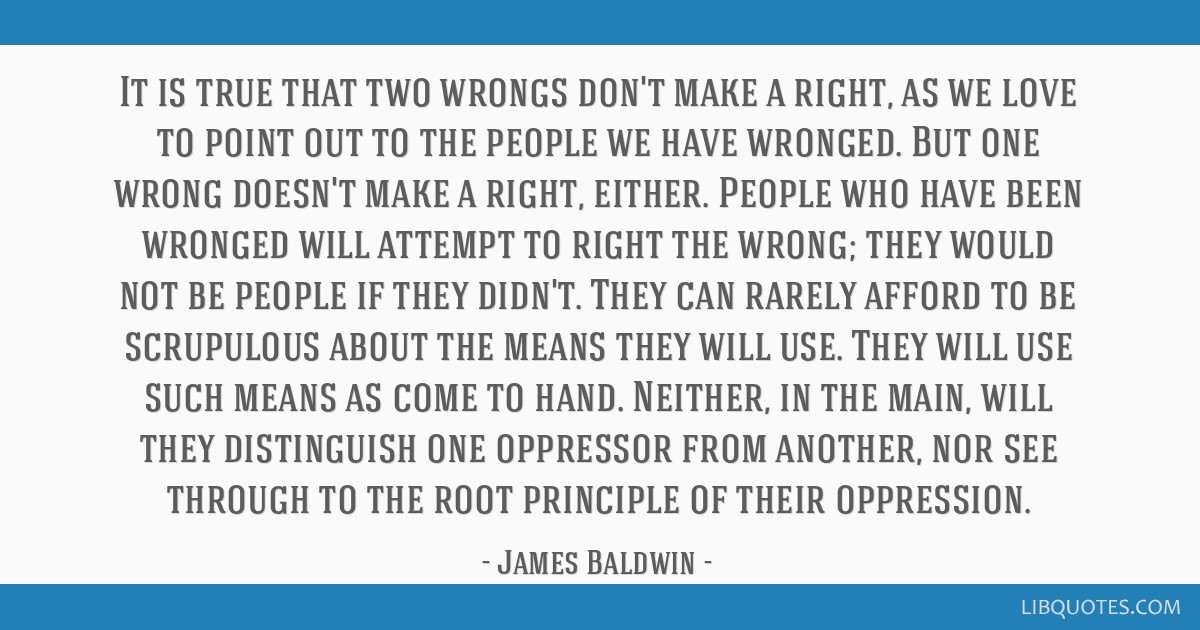 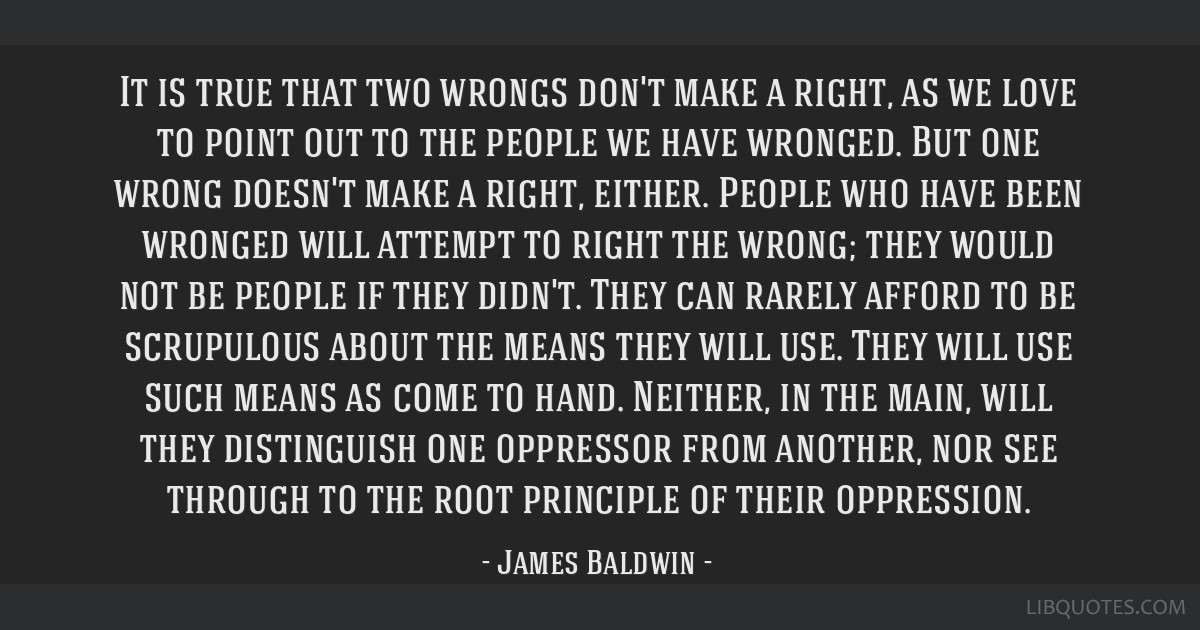 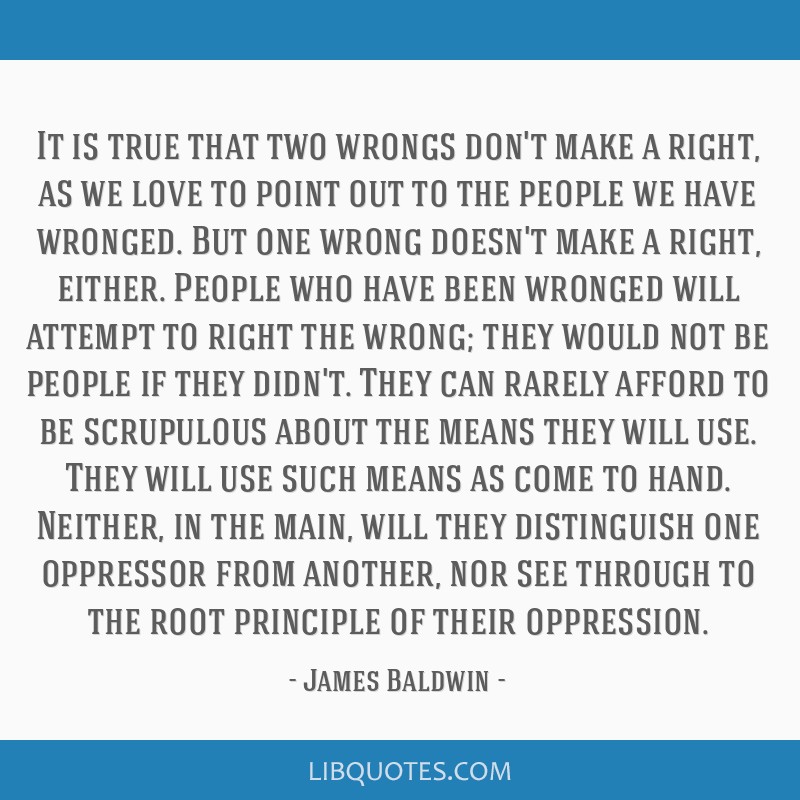 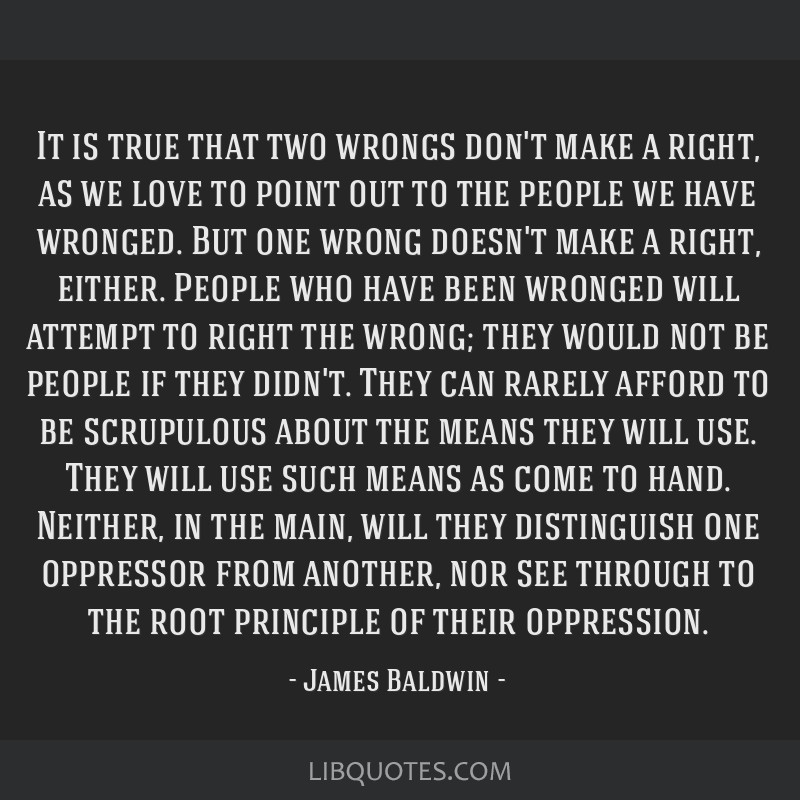 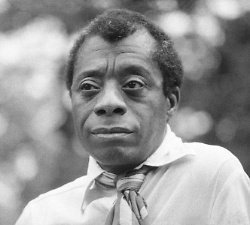