Shaw's emotional development was one with his intellectual strength. His path led him into the thick of the scrimmage, where more spontaneous natures defend themselves with the usual weapons of malice, humility, bad temper or conceit. But Shaw used the death ray of imperturbability. His feelings were never hurt, his envy never aroused, his conceit was a transparent fiction, he never quarreled. 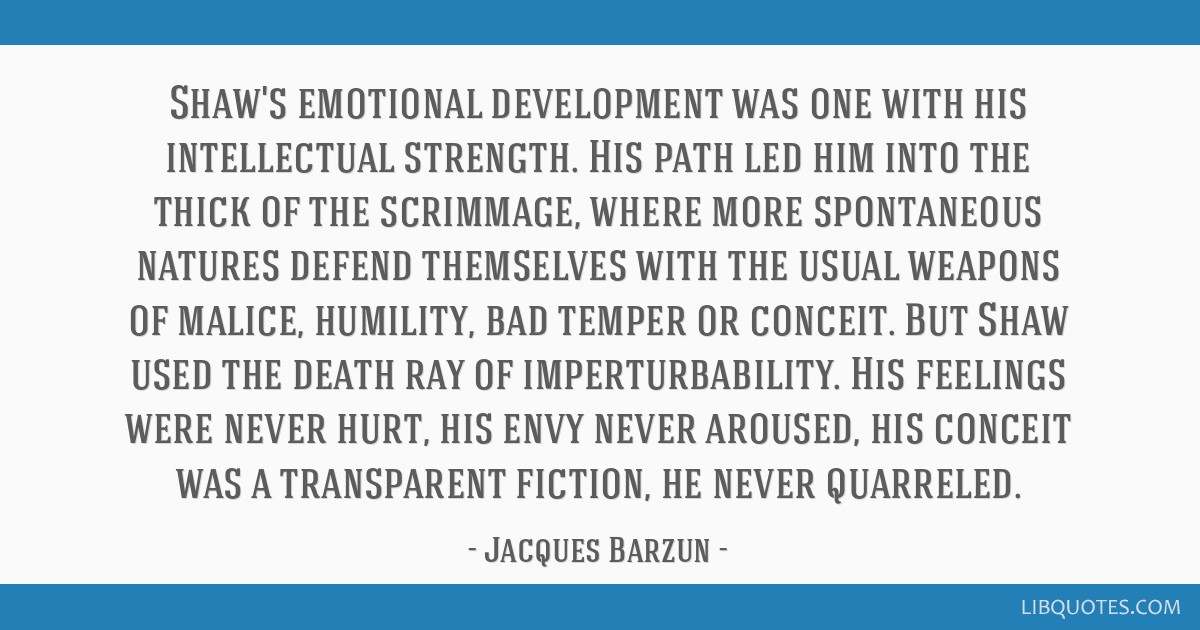 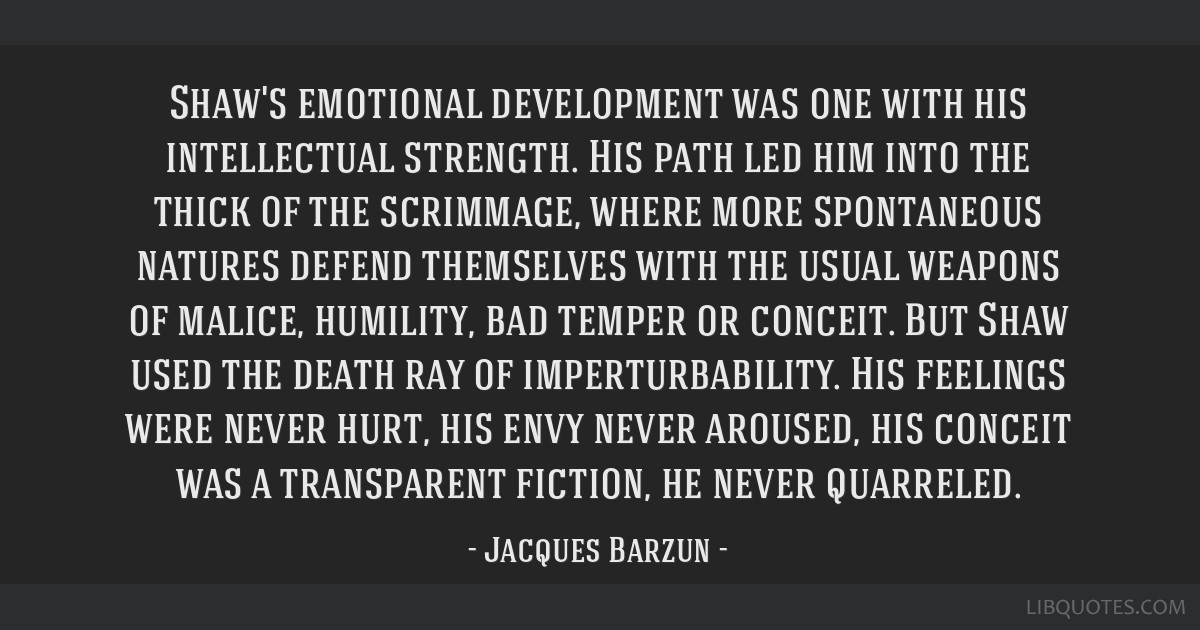 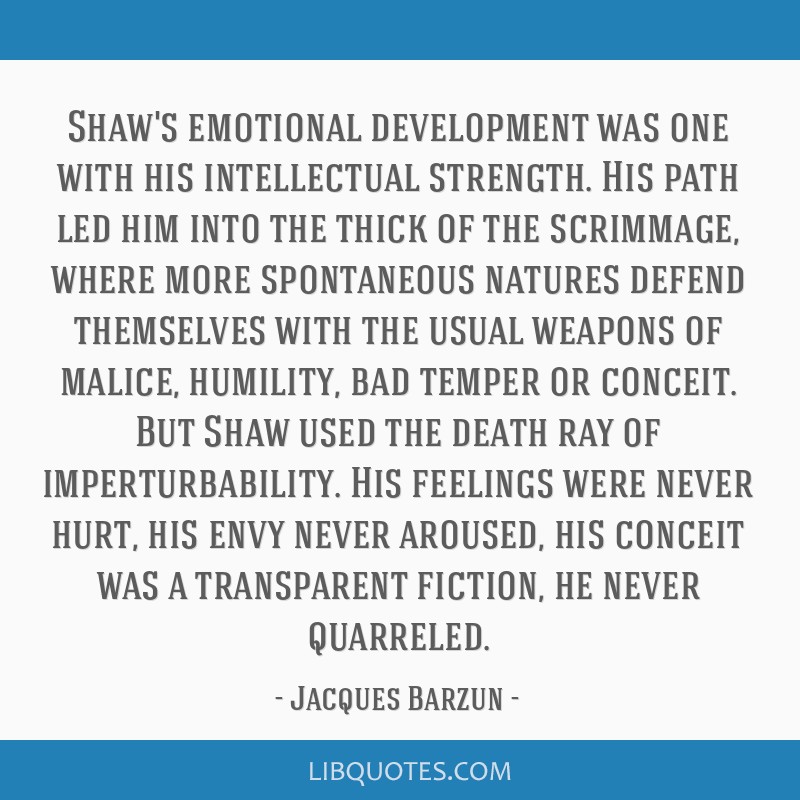 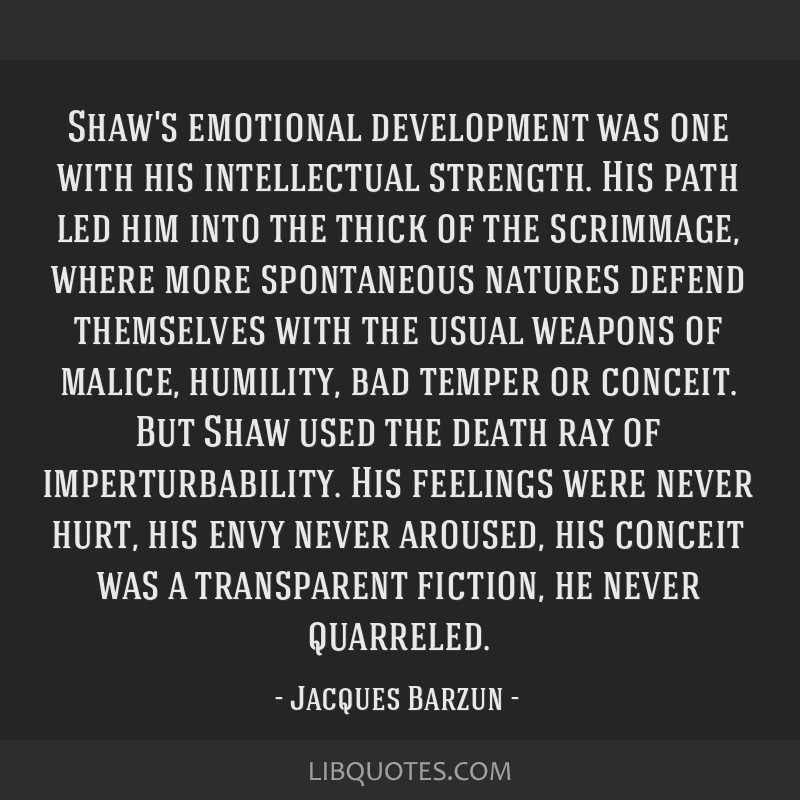 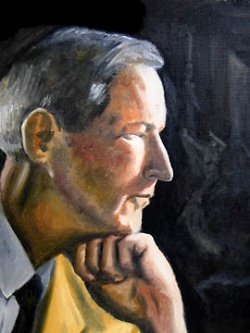