Christopher Columbus discovered the West Indies, and Alexander Graham Bell invented the telephone. We do not call their achievements creations because they are not personal enough. The West Indies were there all the time; and as for the telephone, we feel that Bell's ingenious thought was somehow not fundamental. The groundwork was there, and if not Bell then someone else would have stumbled on the telephone almost as accidentally as on the West Indies. 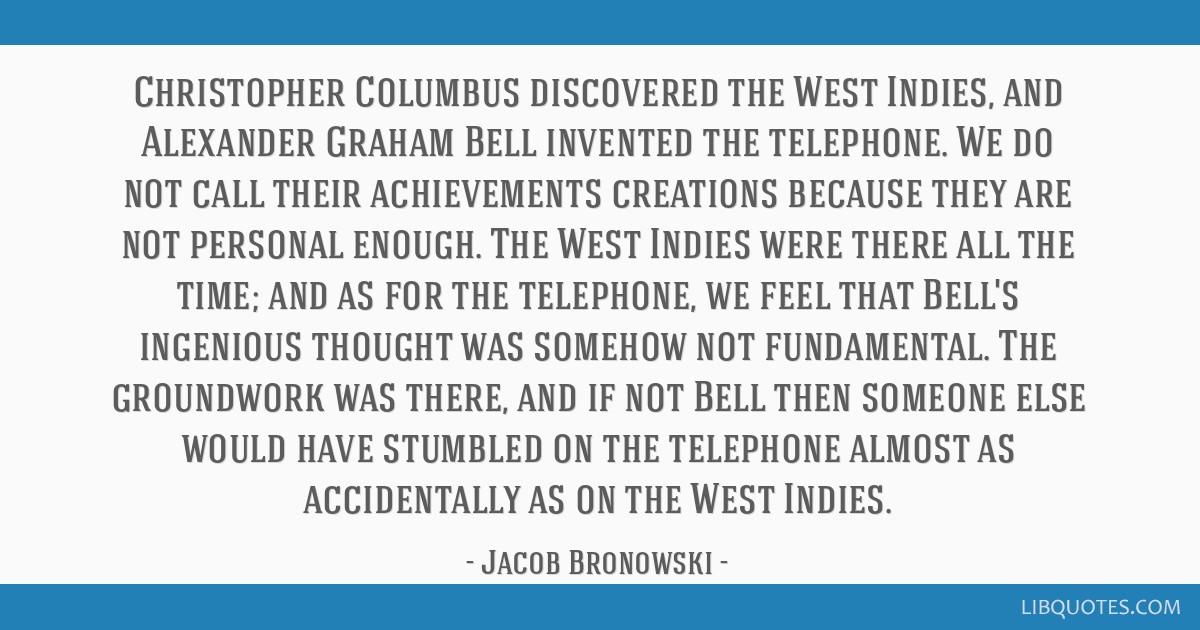 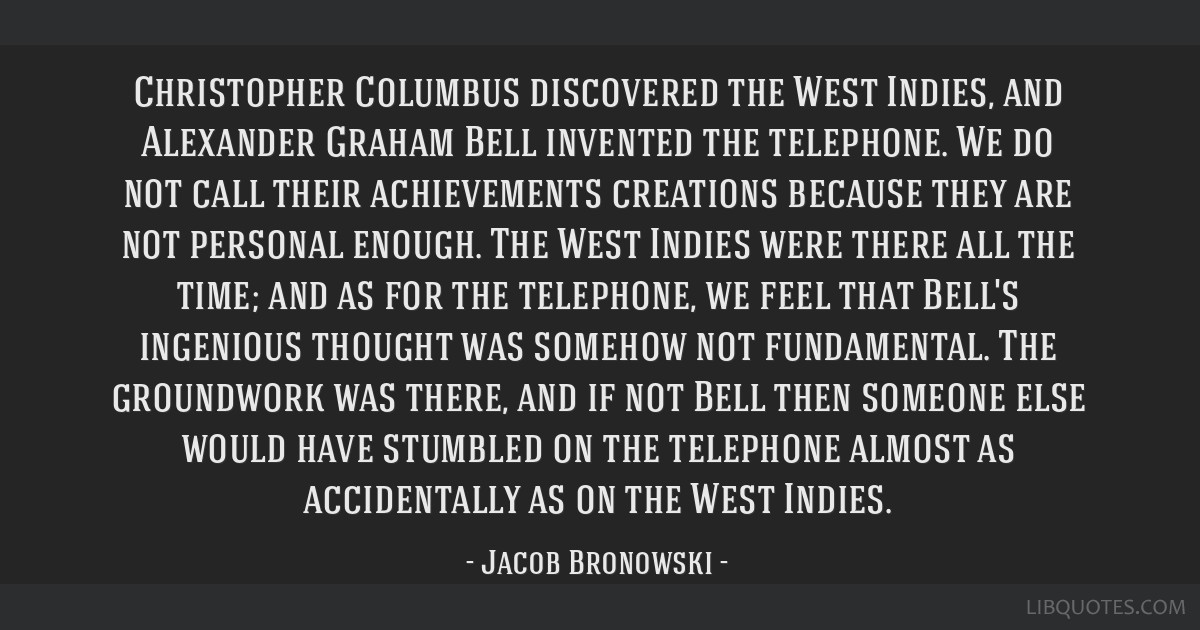 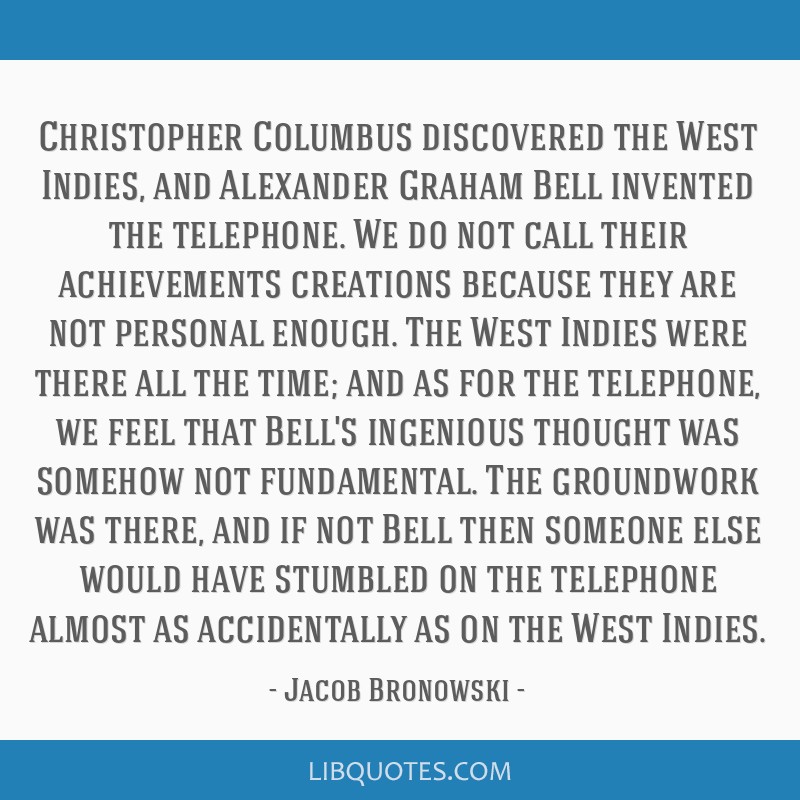 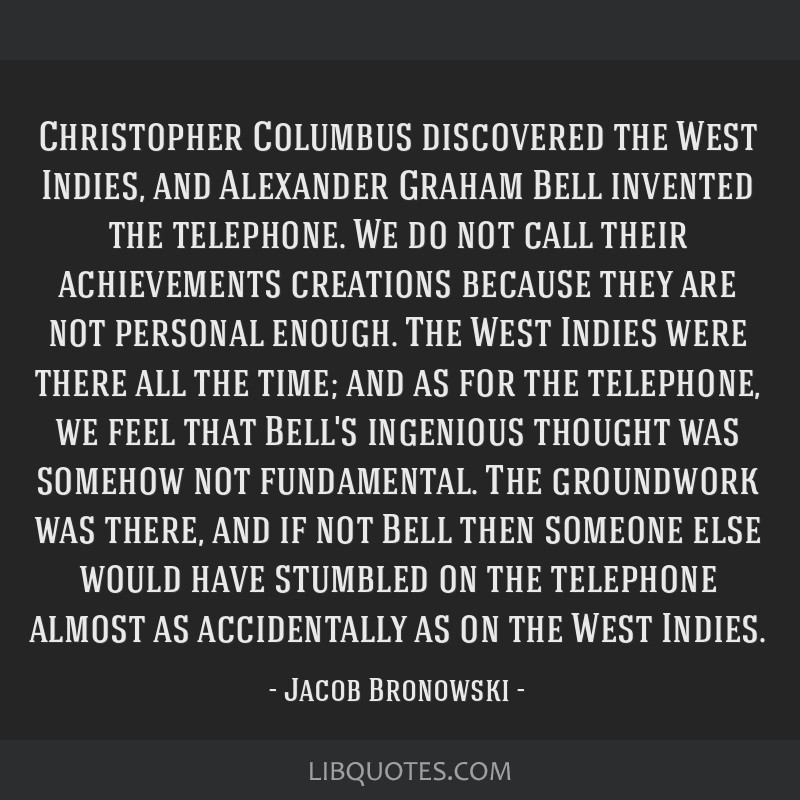 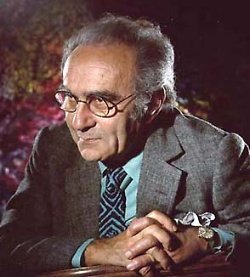