Farewell sweet earth and northern sky, for ever blest, since here did lie and here with lissom limbs did run beneath the Moon, beneath the Sun, Lúthien Tinúviel more fair than Mortal tongue can tell. Though all to ruin fell the world and were dissolved and backward hurled; unmade into the old abyss, yet were its making good, for this― the dusk, the dawn, the earth, the sea― that Lúthien for a time should be. 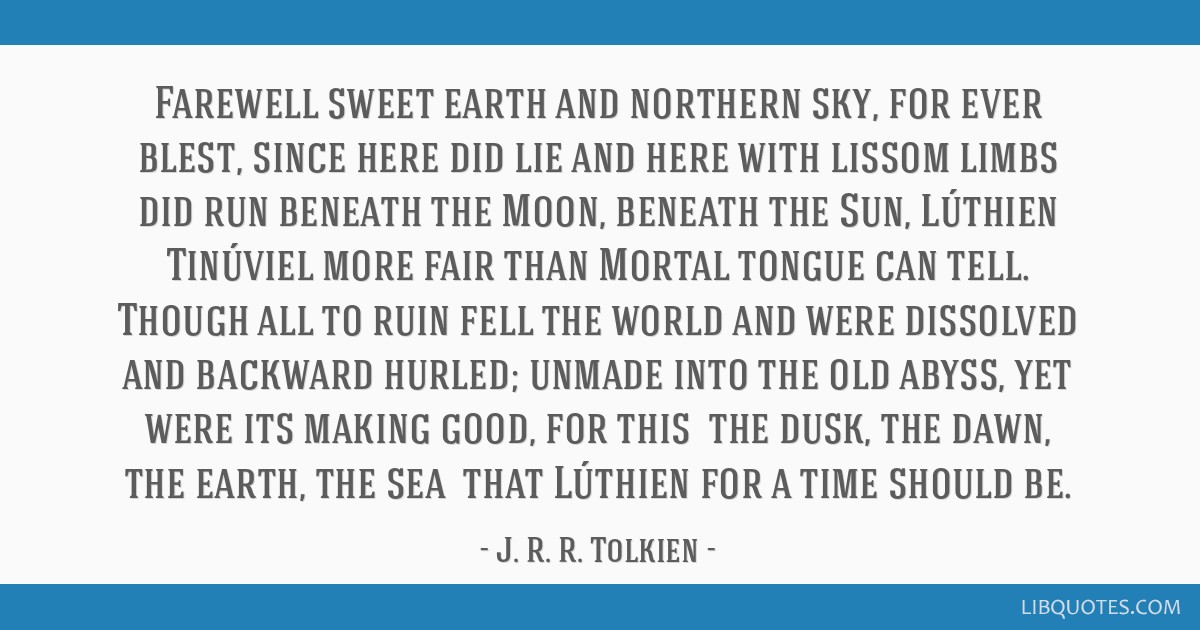 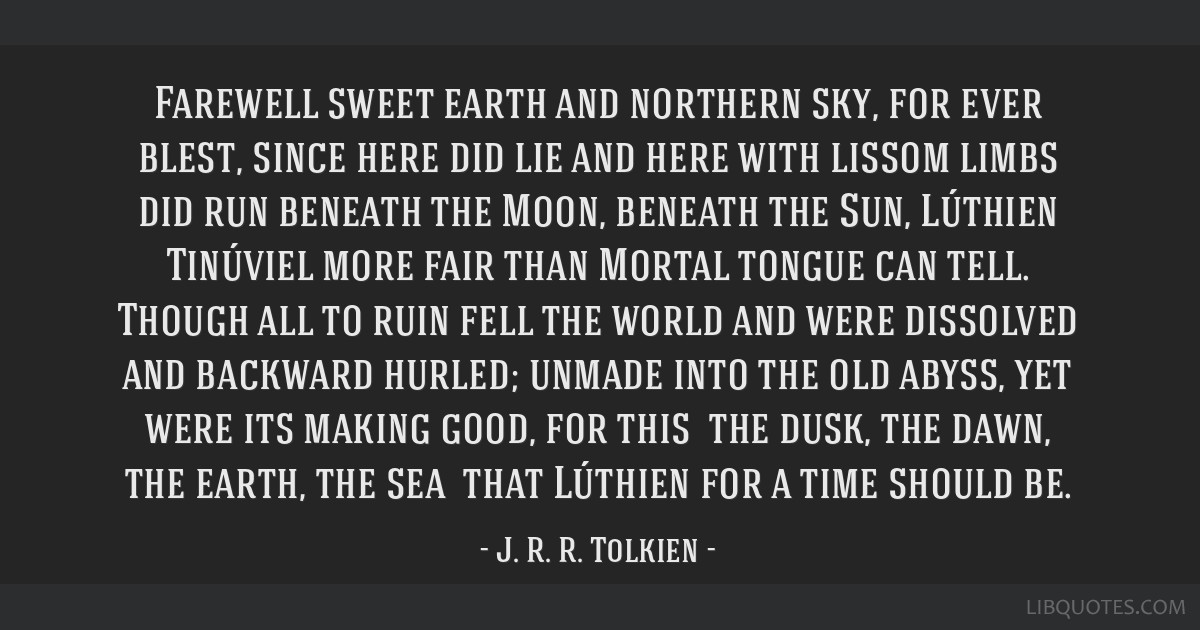 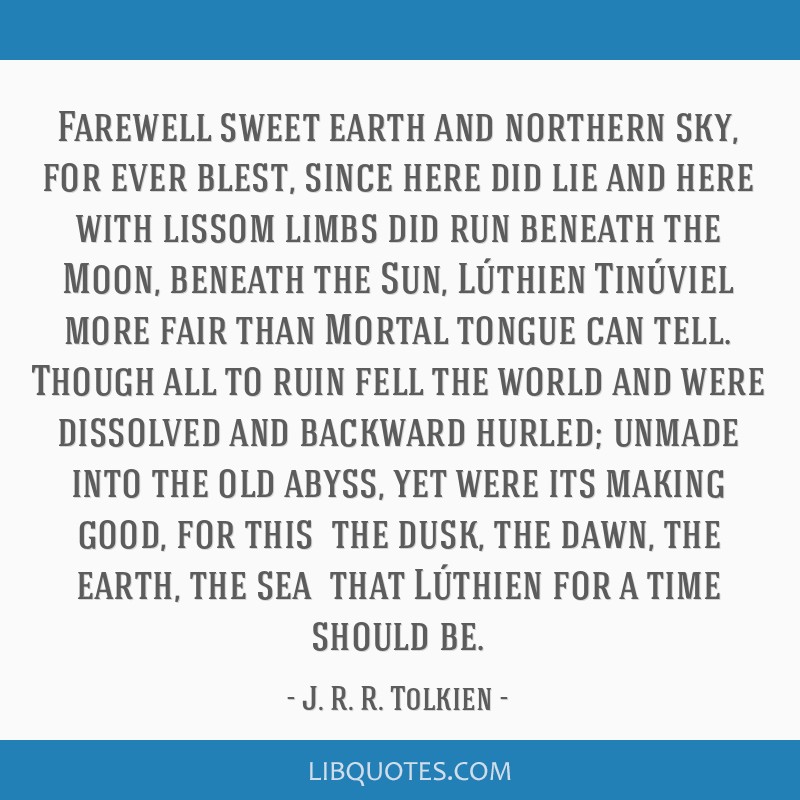 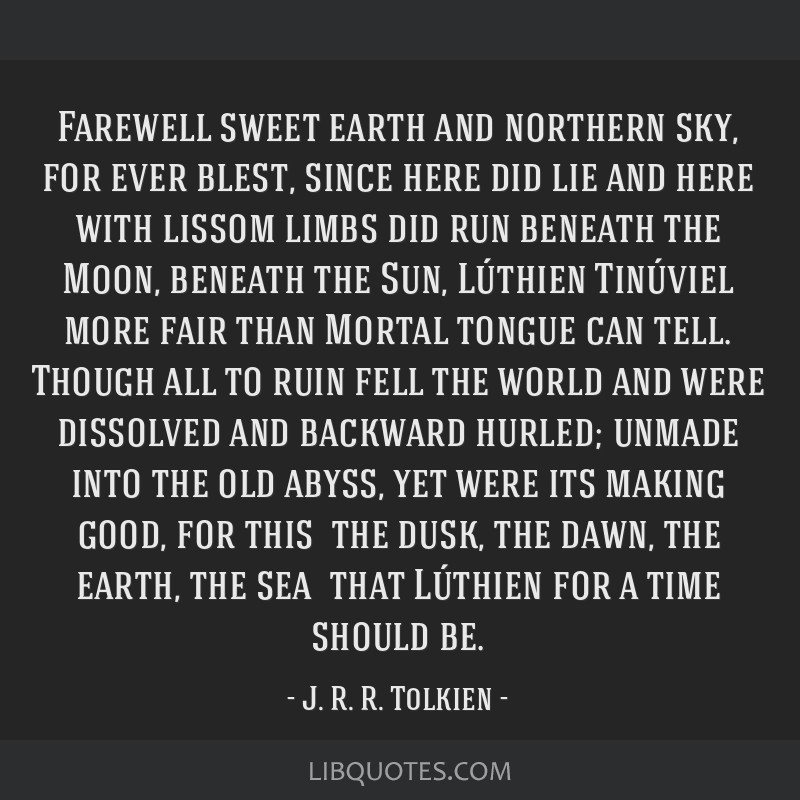 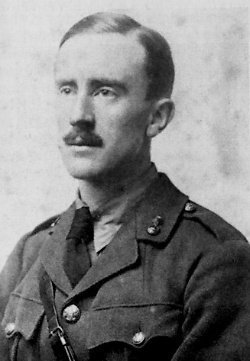