In plain words; now that Britain has told the world she has the H-Bomb, she should announce as early as possible that she has done with it, that she proposes to reject, in all circumstances, nuclear warfare. This is not pacifism. There is no suggestion here of abandoning the immediate defence of this island... No, what should be abandoned is the idea of deterrence-by-threat-of-retaliation. There is no real security in it, no decency in it, no faith, hope, nor charity in it.

"Britain and the Nuclear Bombs", The New Statesman, 2 November 1957. This article led to the creation of the Campaign for Nuclear Disarmament. 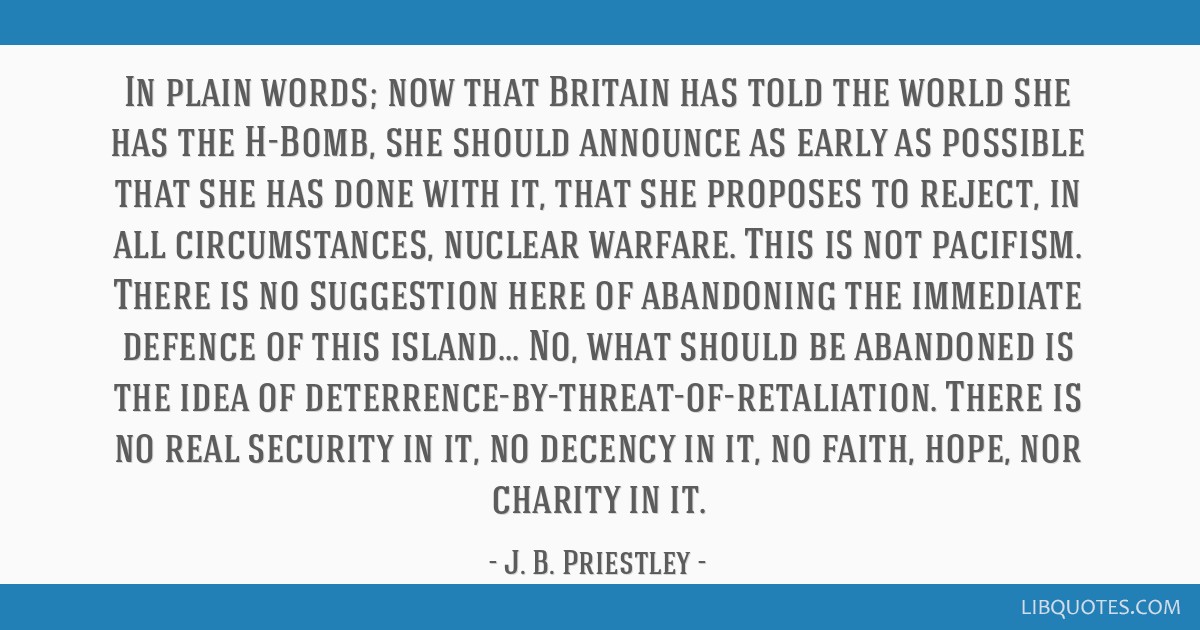 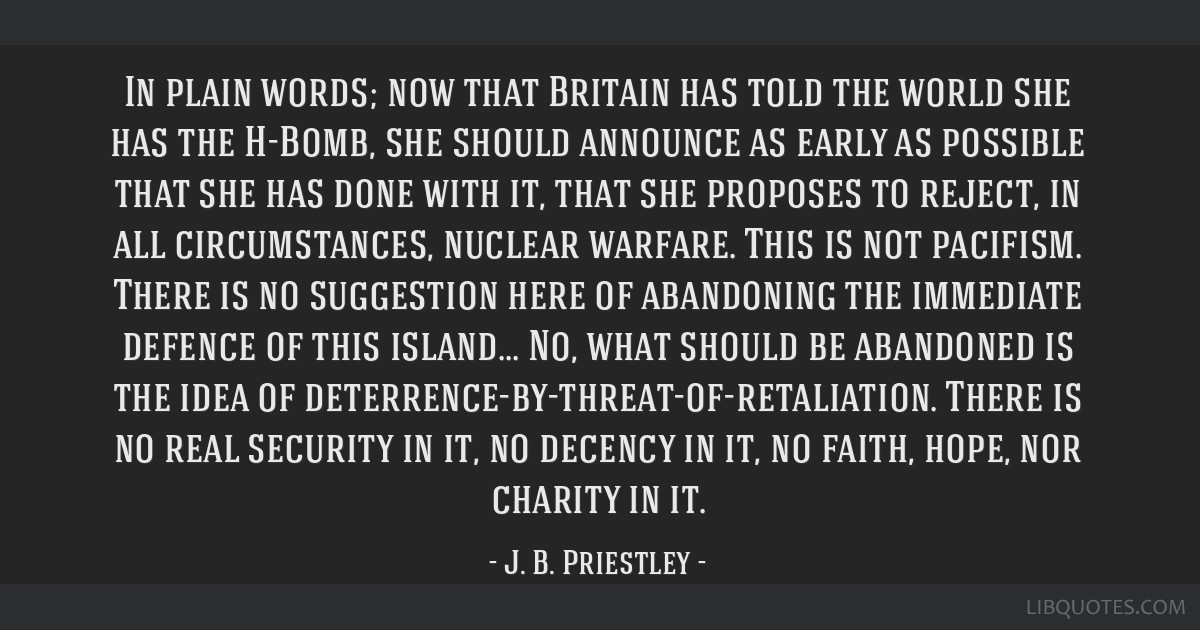 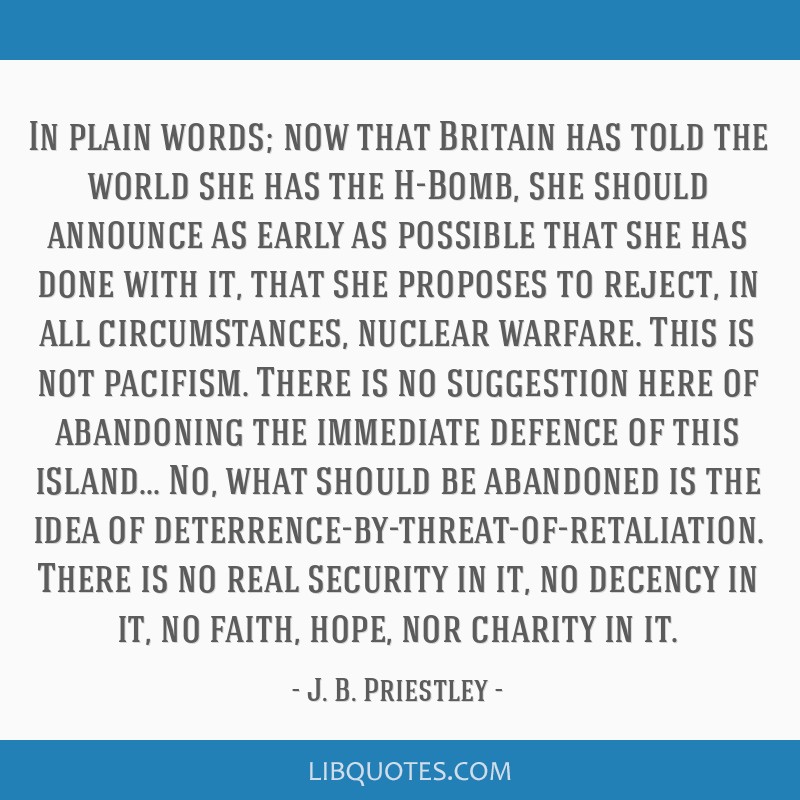 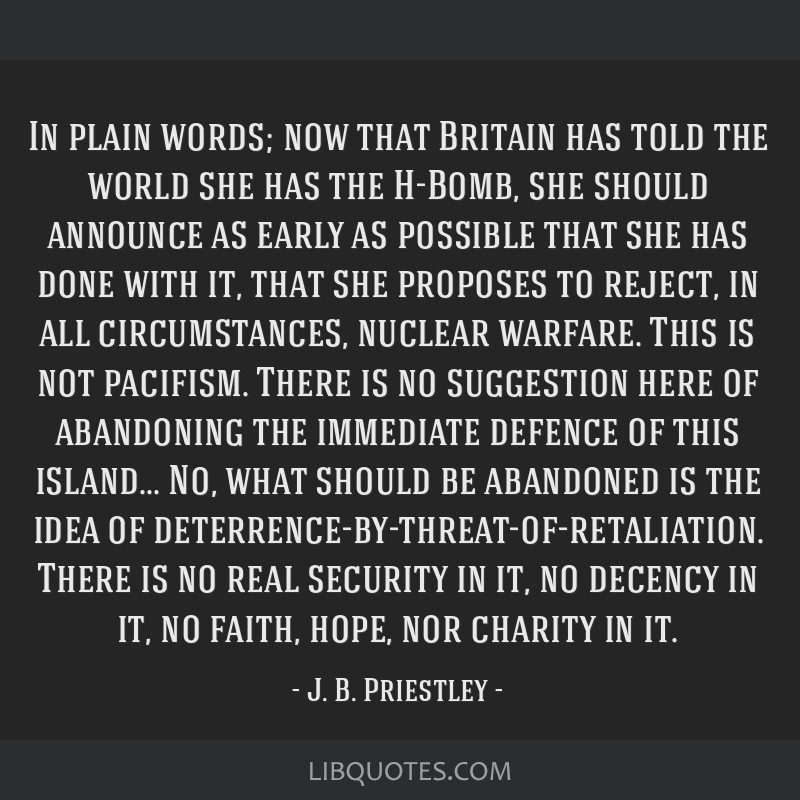 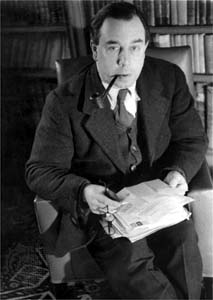