By freedom he meant a condition in which men were not prevented from choosing both the object and the manner of their worship. For him only a society in which this condition was realised could be called fully human. Its realisation was an ideal which Mill regarded as more precious than life itself. 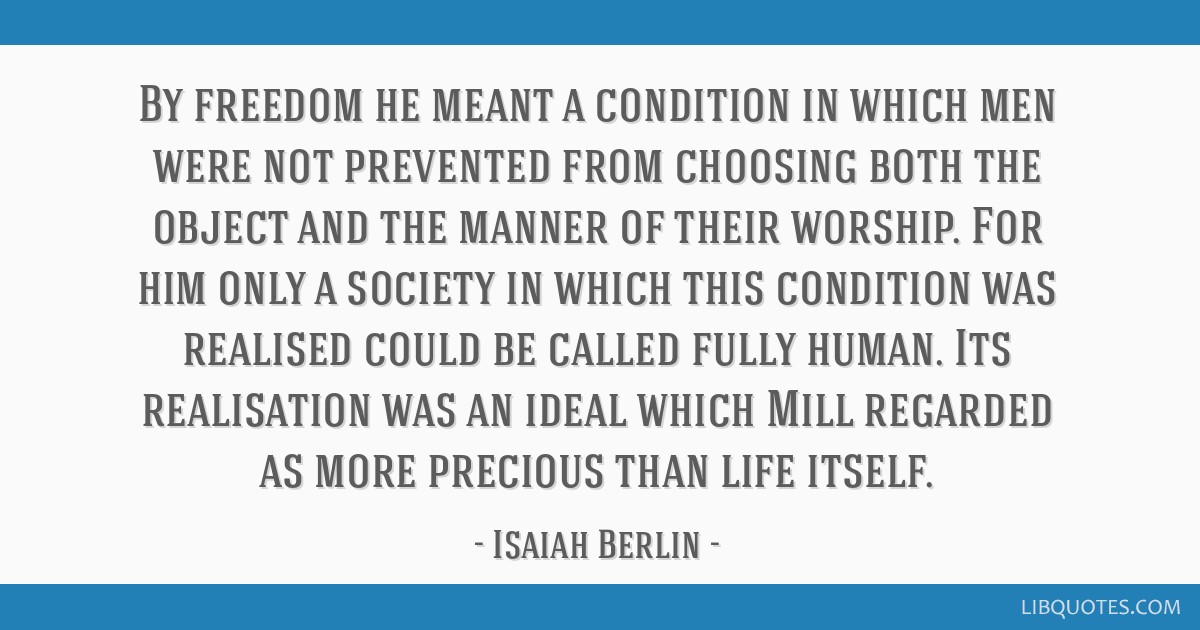 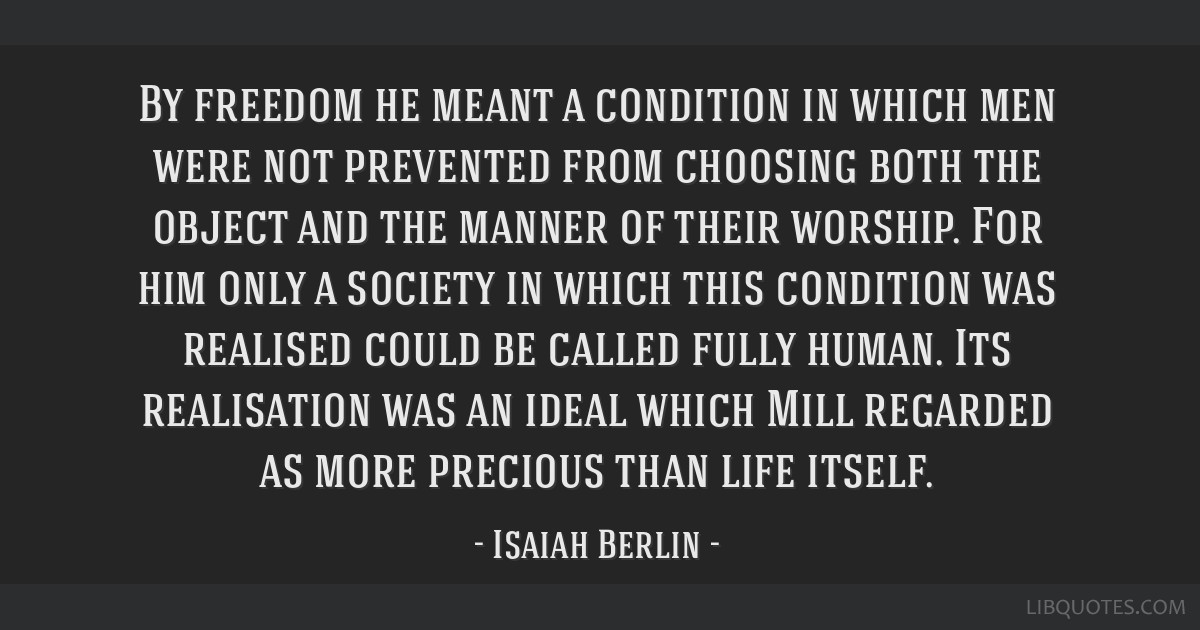 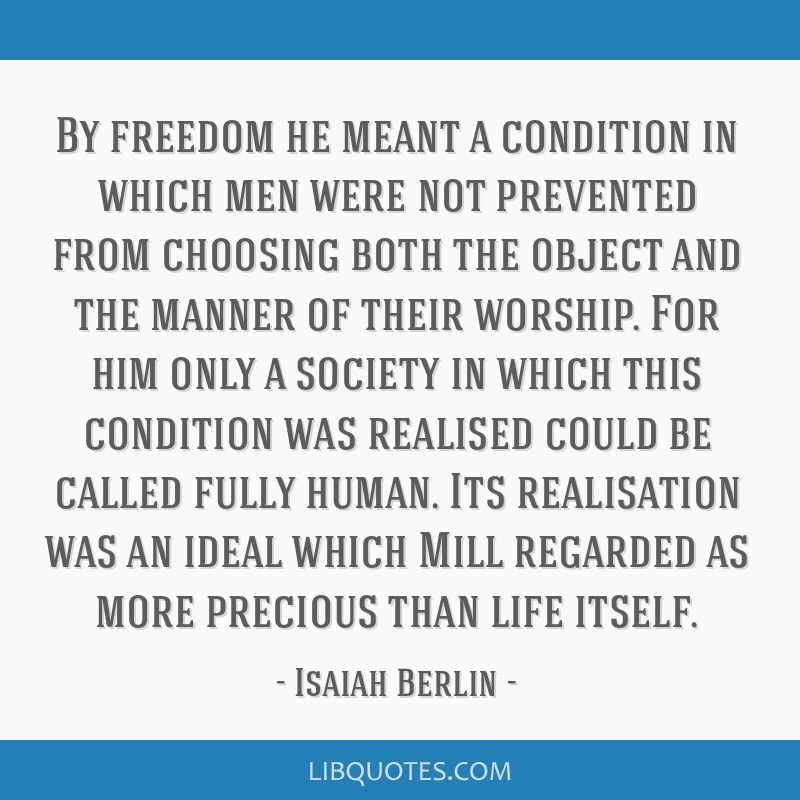 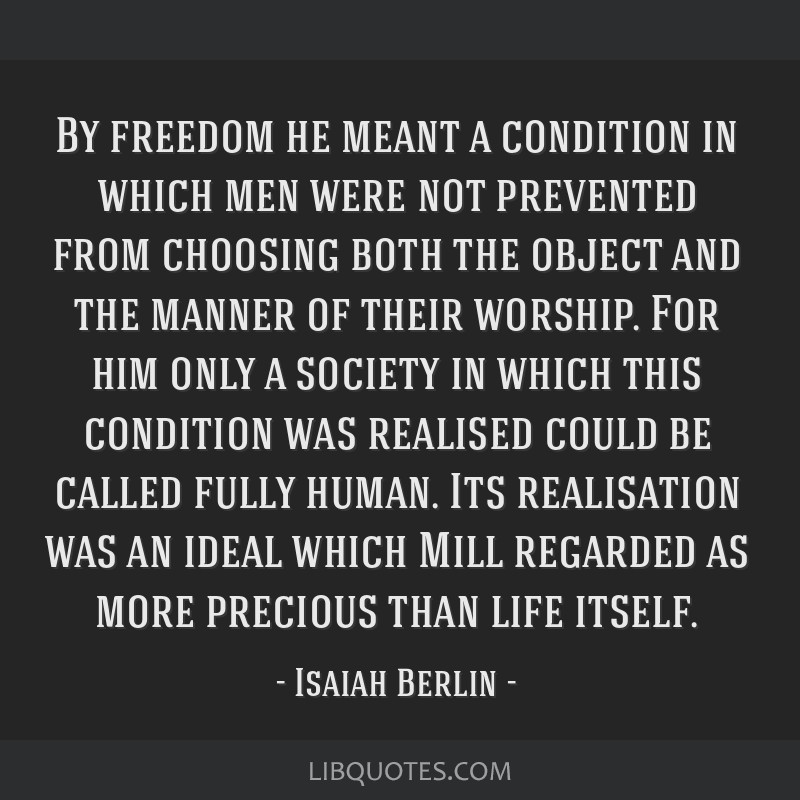