Nonsense, Weston denied, with an involuntary nervous shiver. That's completely ridiculous. We had a long discussion at the time we bought Robbie about the First Law of Robotics. You know that it is impossible for a robot to harm a human being; that long before enough can go wrong to alter that First Law, a robot would be completely inoperable. It's a mathematical impossibility. Besides I have an engineer from U.S. Robots here twice a year to give the poor gadget a complete overhaul. Why, there's no more chance of anything at all going wrong with Robbie than there is of you or I suddenly going looney—considerably less, in fact. Besides, how are you going to take him away from Gloria? 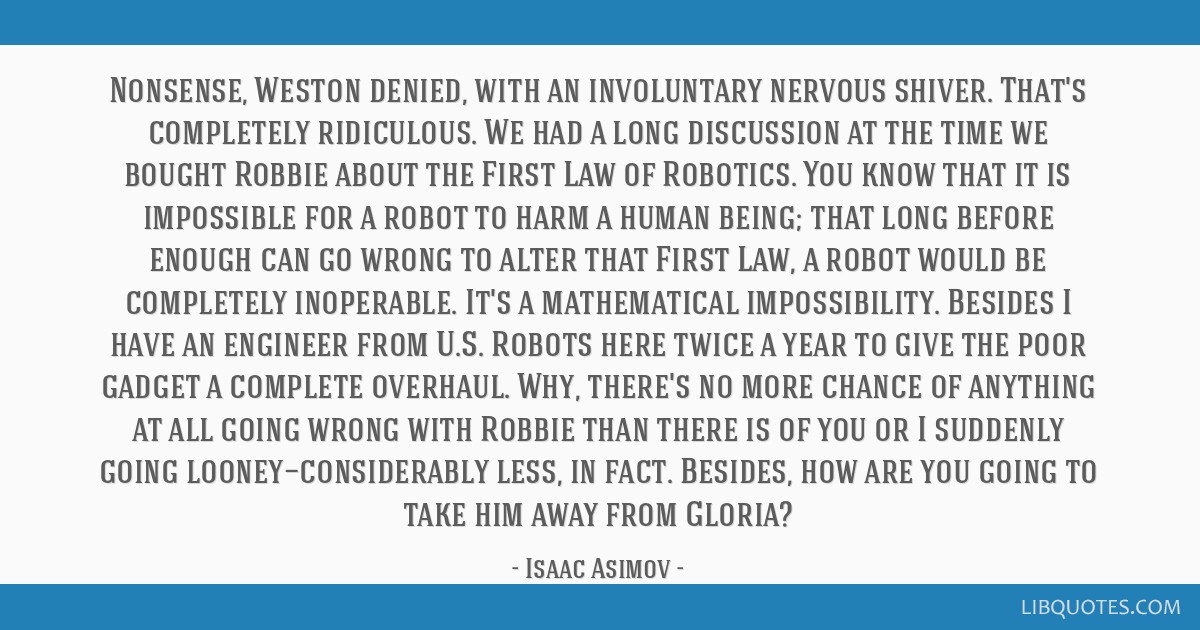 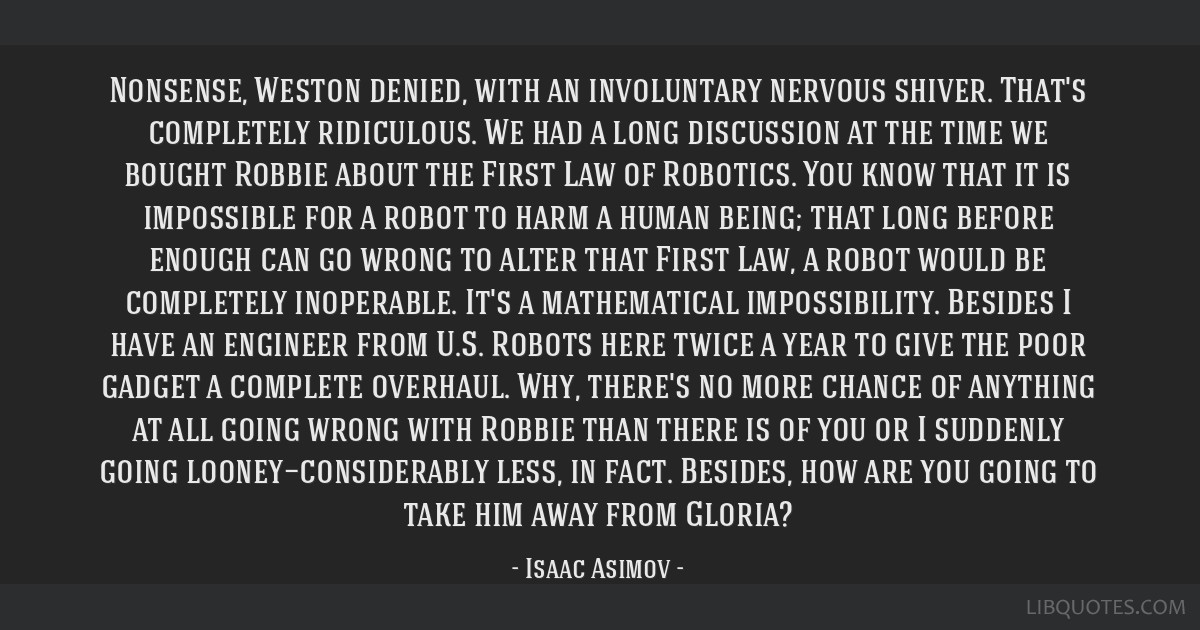 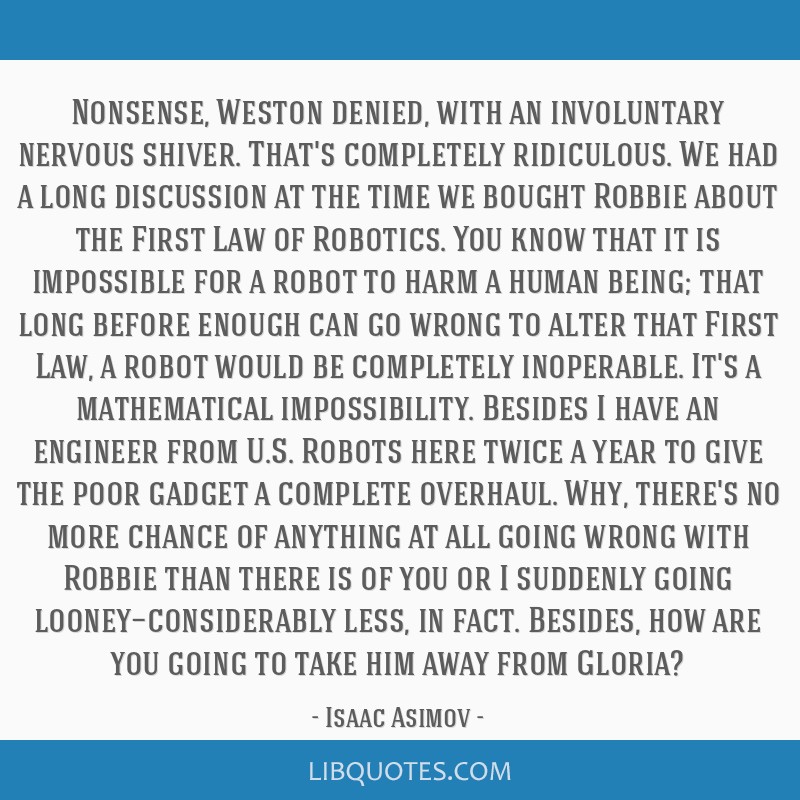 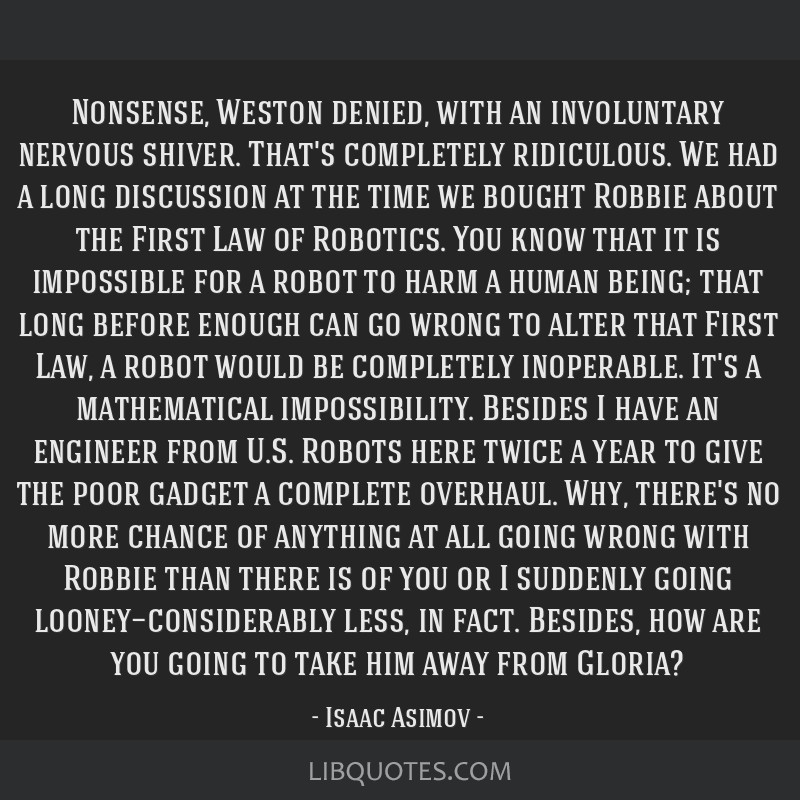 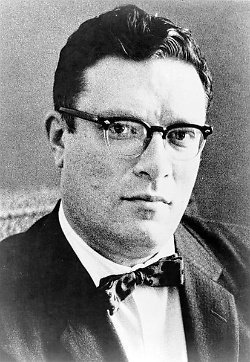