I chanced recently to be glancing over … a book on Japanese Buddhism, and I read among other things that several centuries ago there was a sect of Japanese Buddhism known as the Way of Hardships, and that shortly after there arose another sect known as the Easy Way which at once gained great popularity and tended to supplant the Way of Hardships. But the Japanese Way of Hardships is itself an easy way if one compares it with the original way of Buddha. One can follow indeed very clearly the process by which Buddhist doctrine descended gradually from the austere and almost inaccessible height on which it had been placed by its founder to the level of the prayer mill. 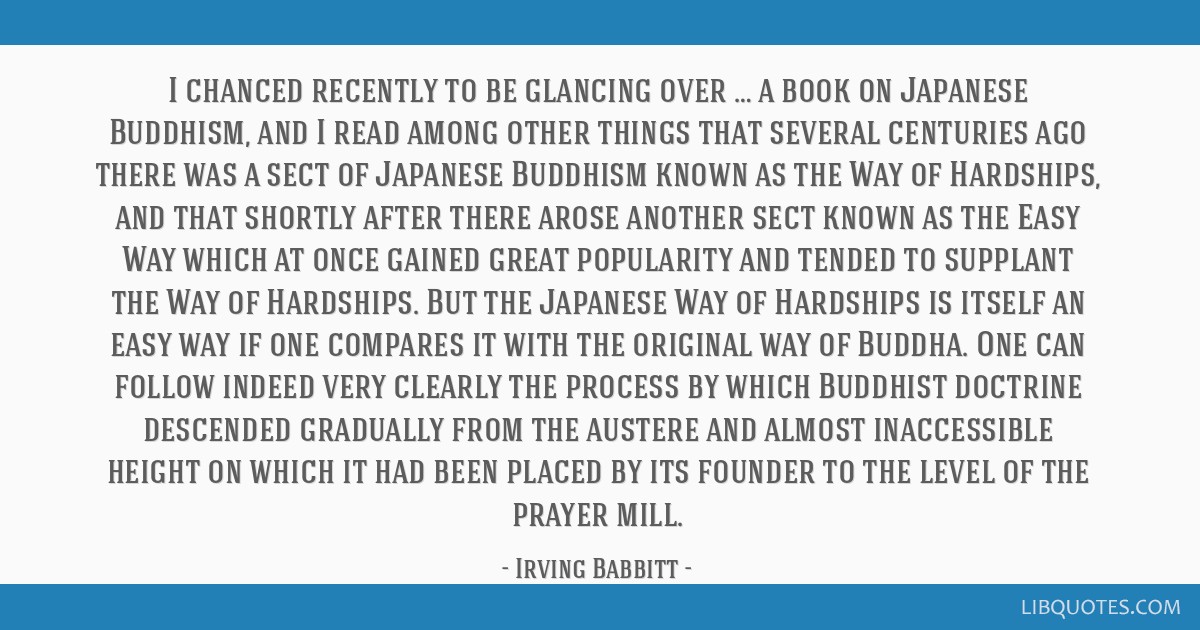 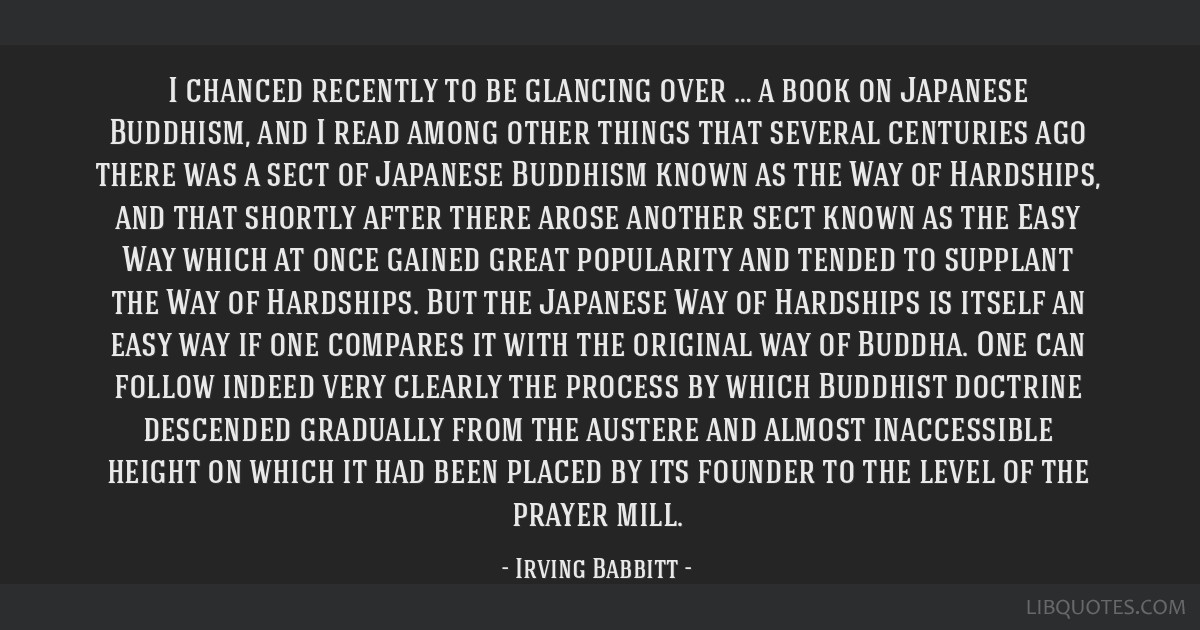 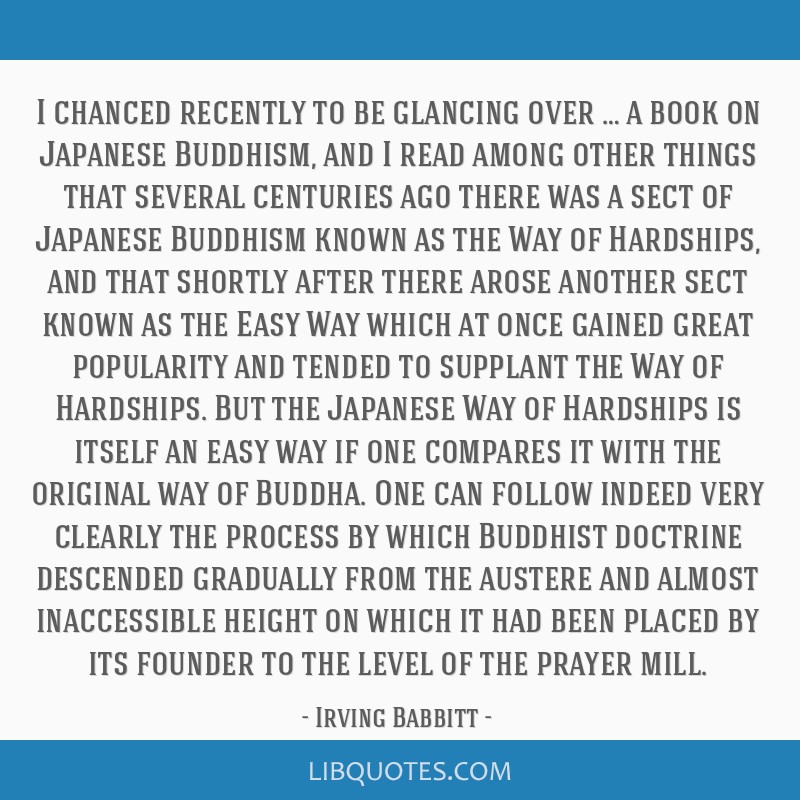 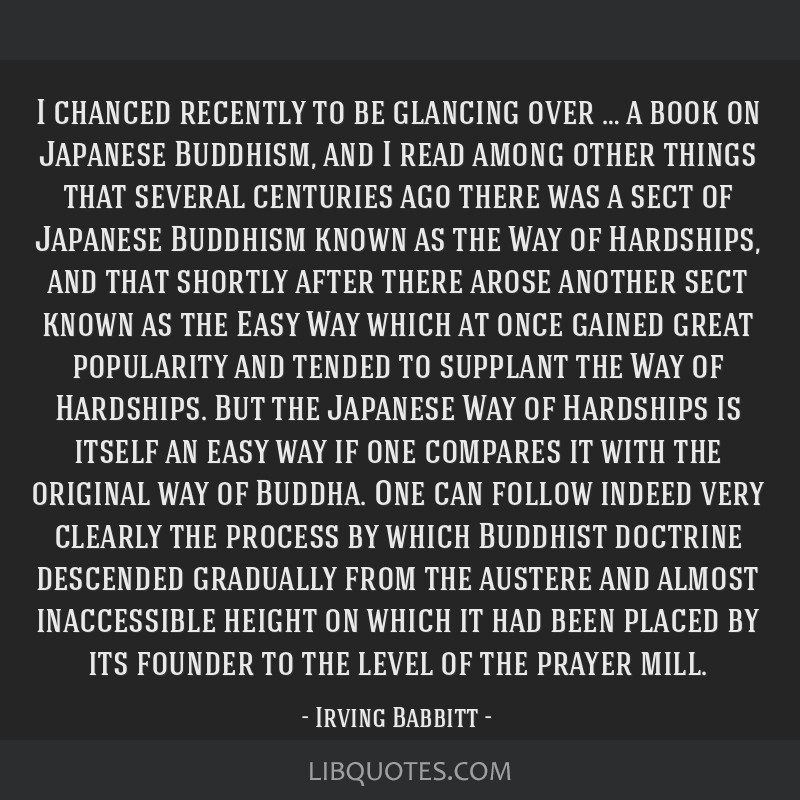