According to Mr. Walter Lippmann, the belief the modern man has lost is "that there is an immortal essence presiding like a king over his appetites." This immortal essence of which Mr. Lippmann speaks is, judged experimentally and by its fruits, a higher will. But why leave the affirmation of such a will to the pure traditionalist? Why not affirm it first of all as a psychological fact, one of the immediate data of consciousness, a perception so primordial that, compared with it, the denial of man's moral freedom by the determinist is only a metaphysical dream? The way would thus be open for a swift flanking movement on the behaviorists and other naturalistic psychologists. 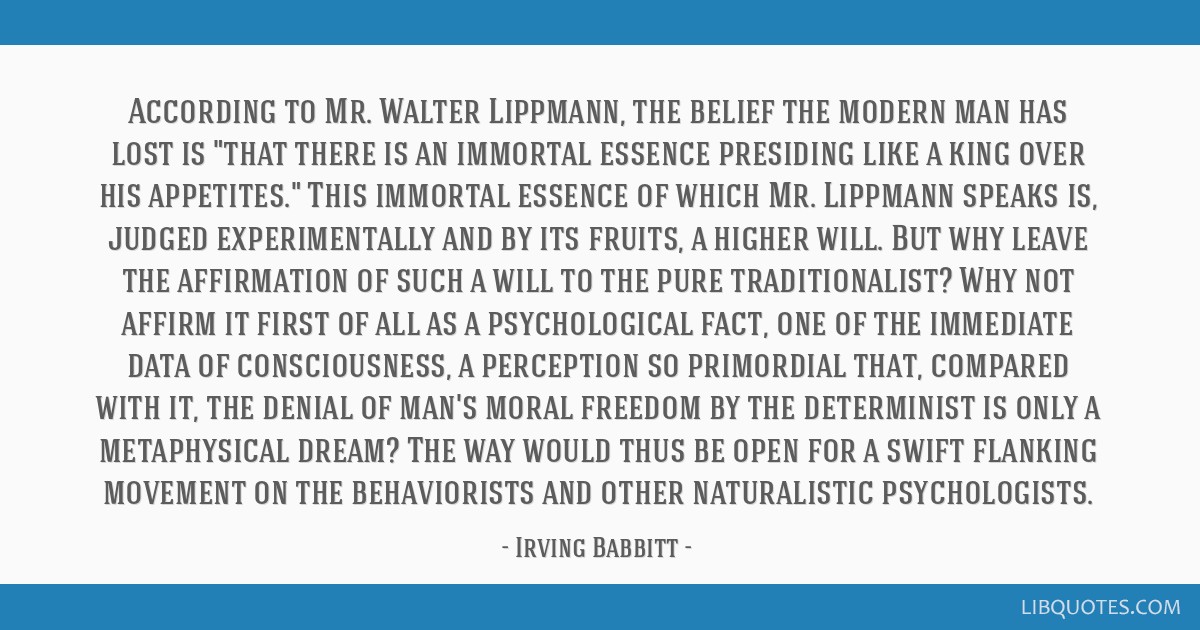 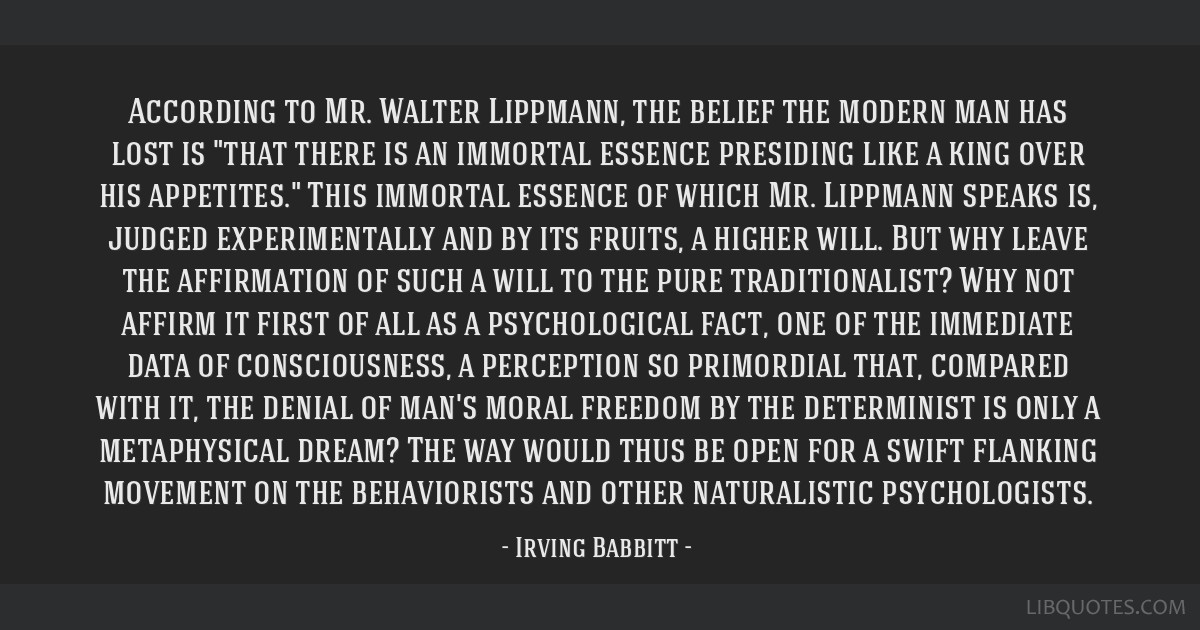 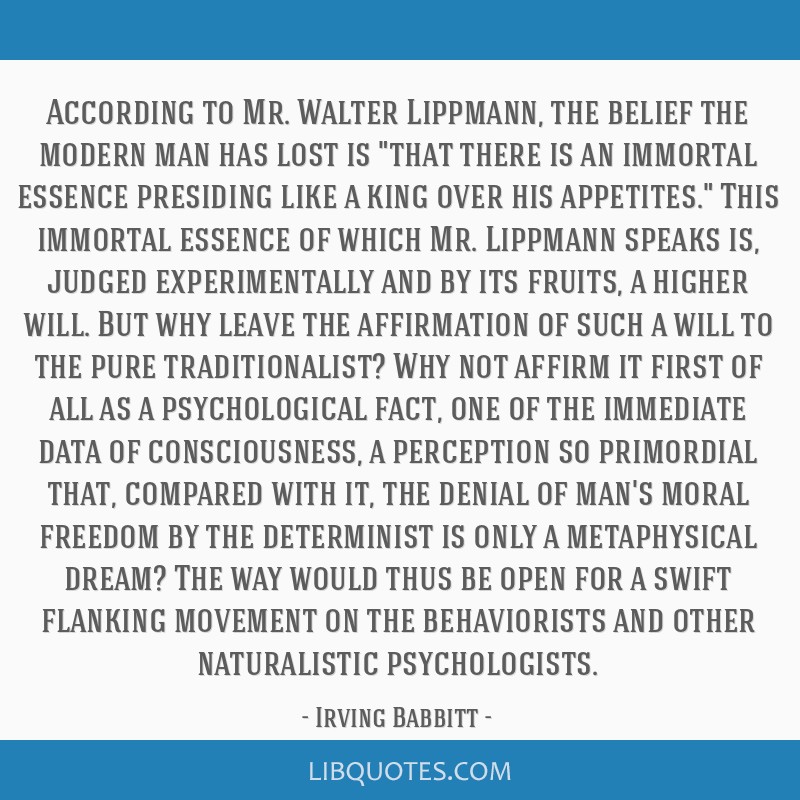 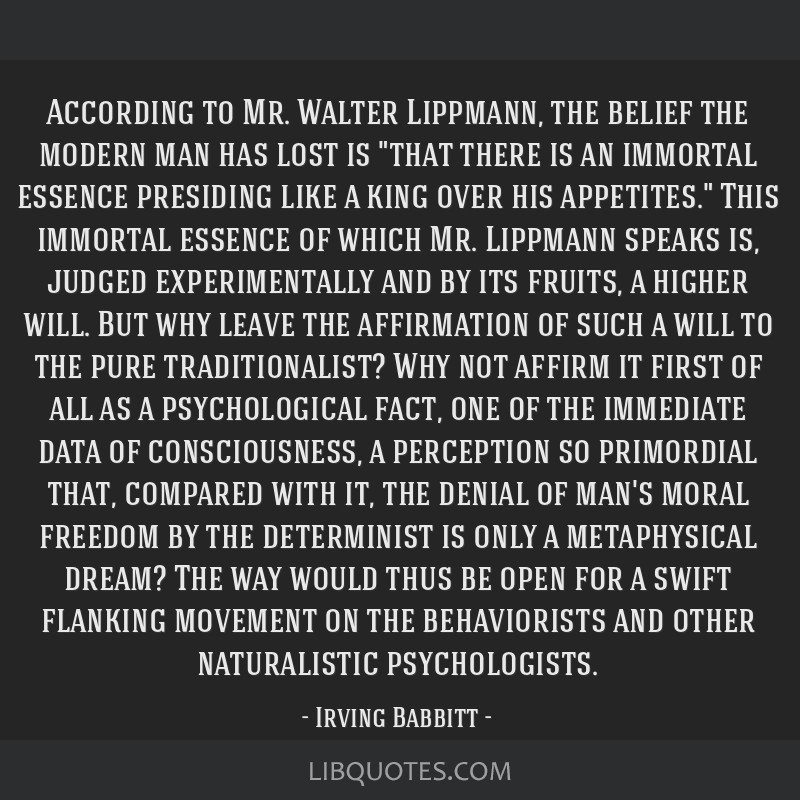