Since men in their endeavors behave, on the whole, not just instinctively, like the brutes, nor yet like rational citizens of the world according to some agreed-on plan, no history of man conceived according to a plan seems to be possible, as it might be possible to have such a history of bees or beavers. One cannot suppress a certain indignation when one sees men's actions on the great world-stage and finds, beside the wisdom that appears here and there among individuals, everything in the large woven together from folly, childish vanity, even from childish malice and destructiveness. In the end, one does not know what to think of the human race, so conceited in its gifts. 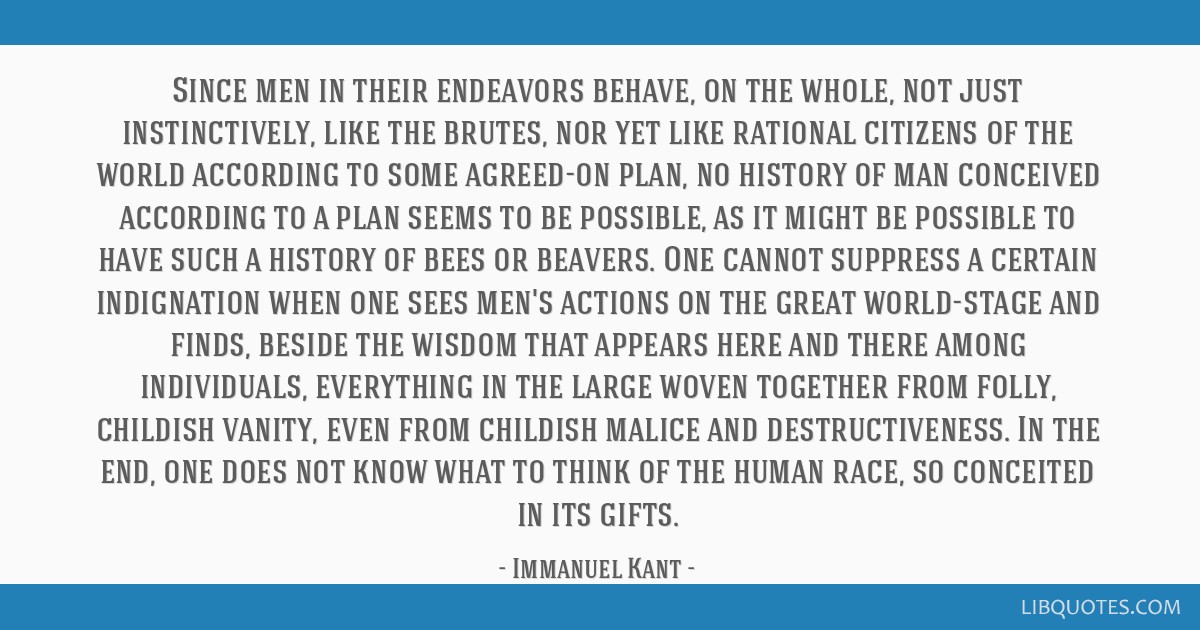 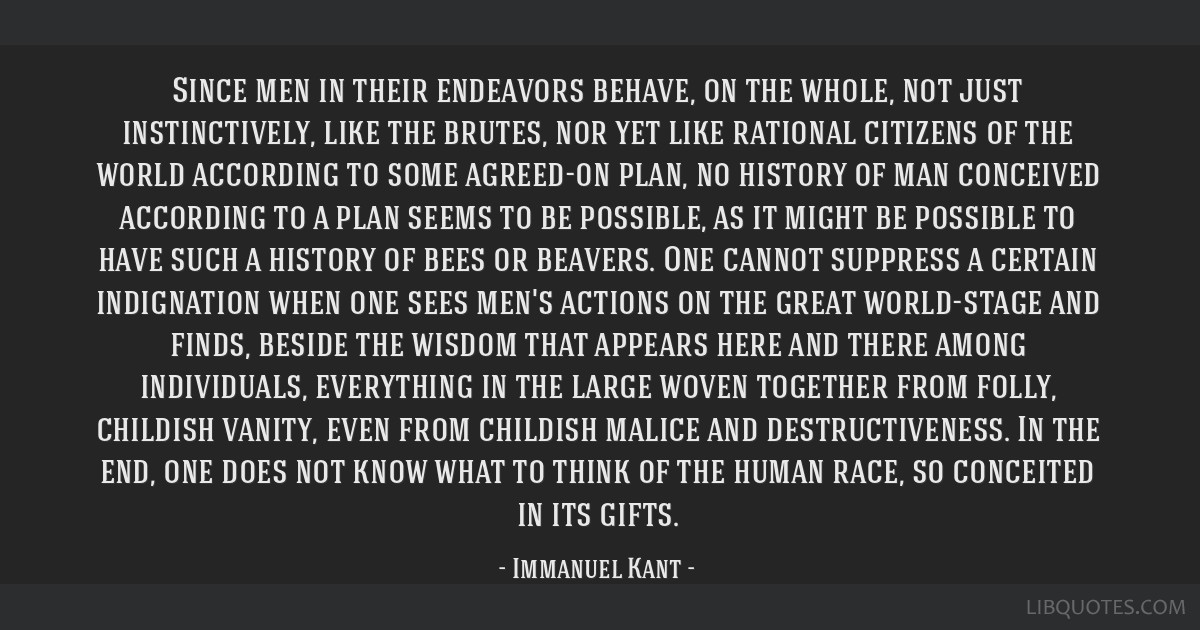 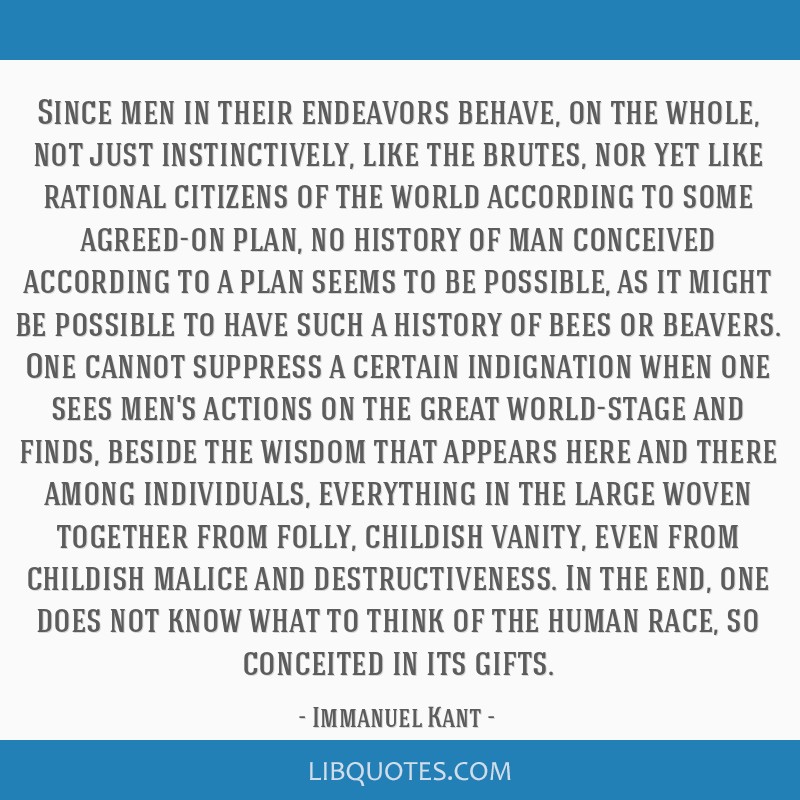 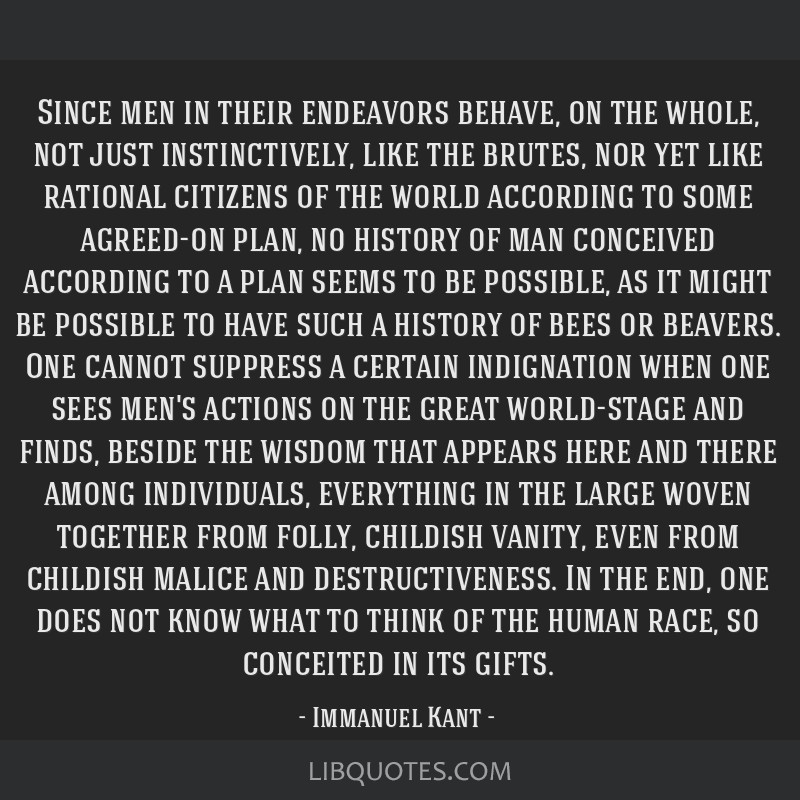 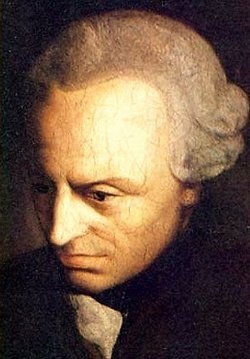