Stories set in the Culture in which Things Went Wrong tended to start with humans losing or forgetting or deliberately leaving behind their terminal. It was a conventional opening, the equivalent of straying off the path in the wild woods in one age, or a car breaking down at night on a lonely road in another. 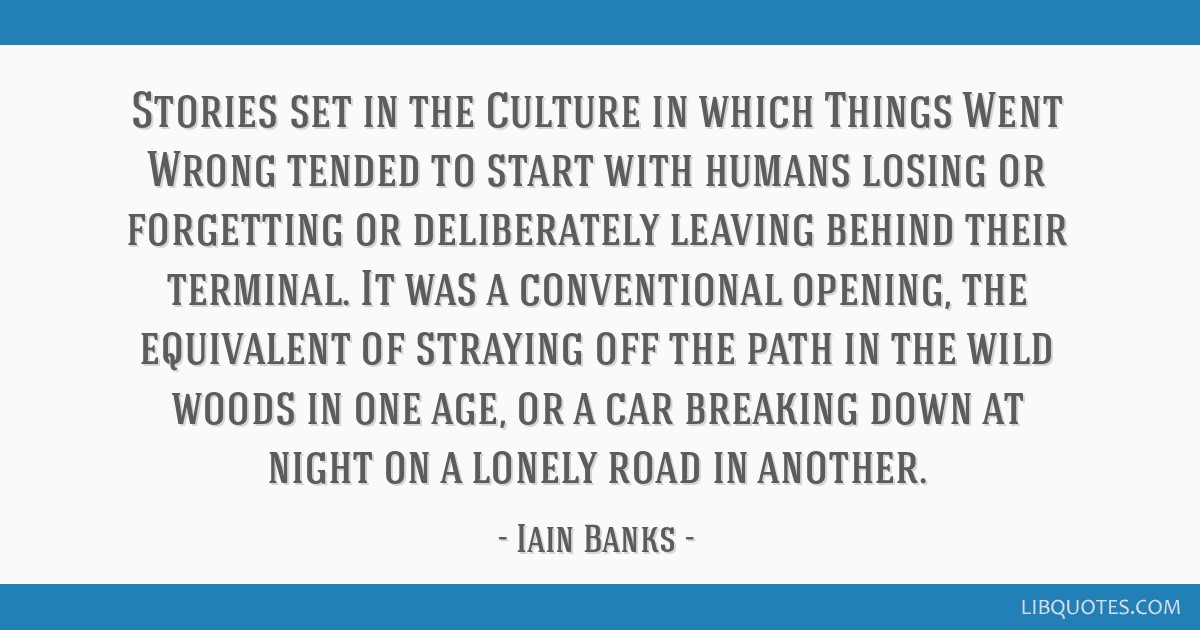 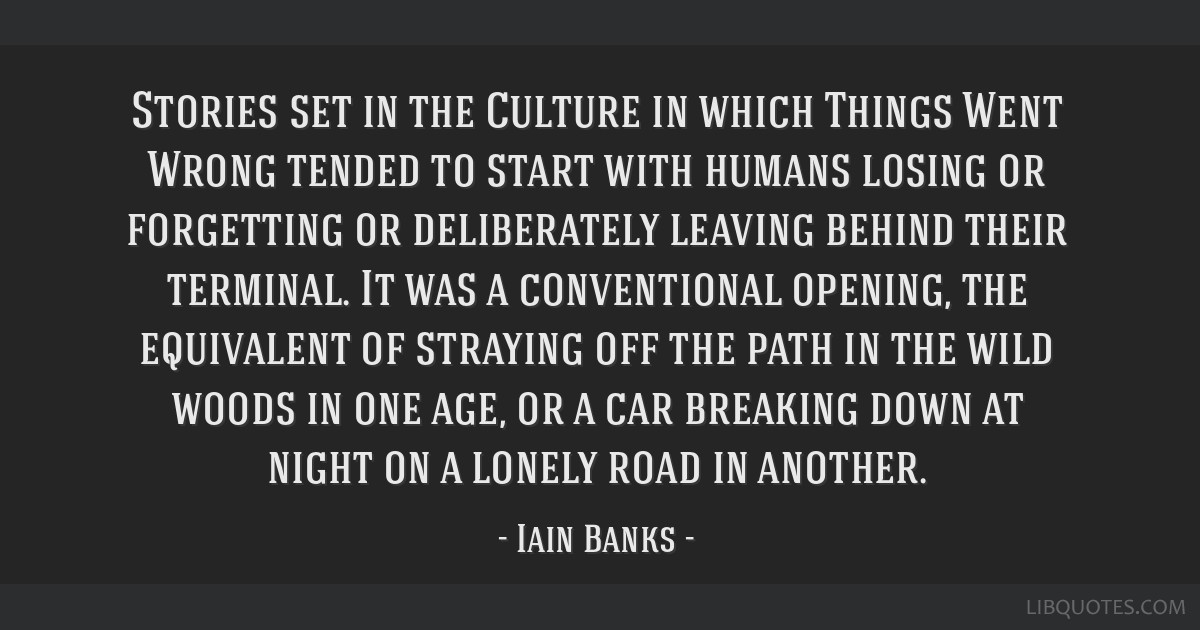 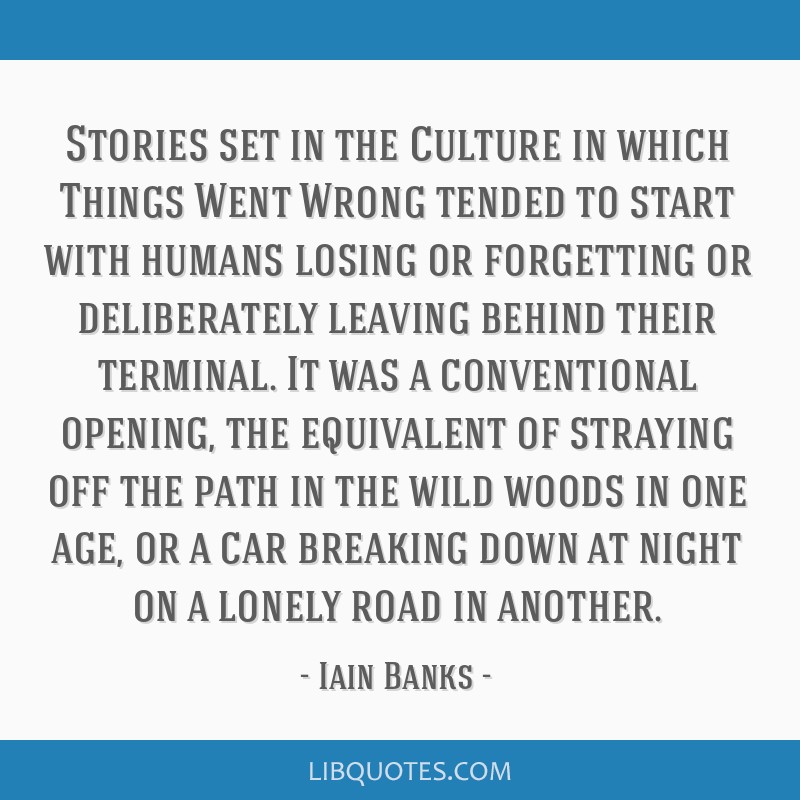 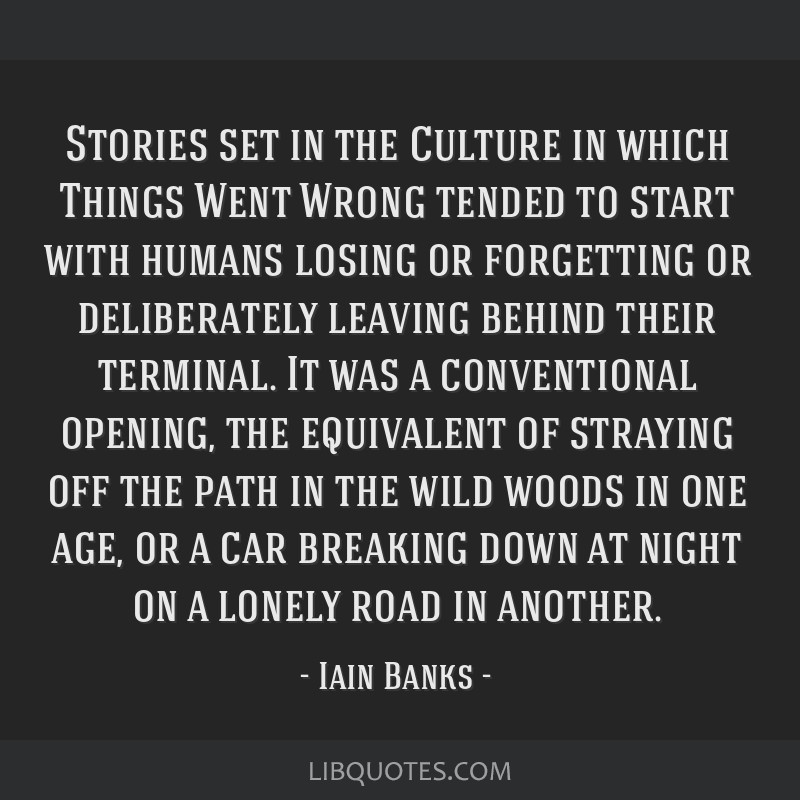 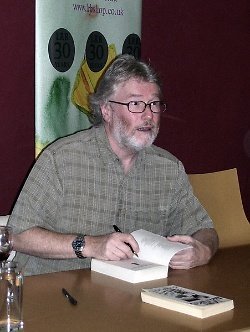