The United States initially poured money and arms into Pakistan in the hope of building a major fighting force that could assist in defending Asia against communism. Pakistan repeatedly failed to live up to its promises to provide troops for any of the wars the United States fought against communist forces, instead using American weapons in its wars with India. 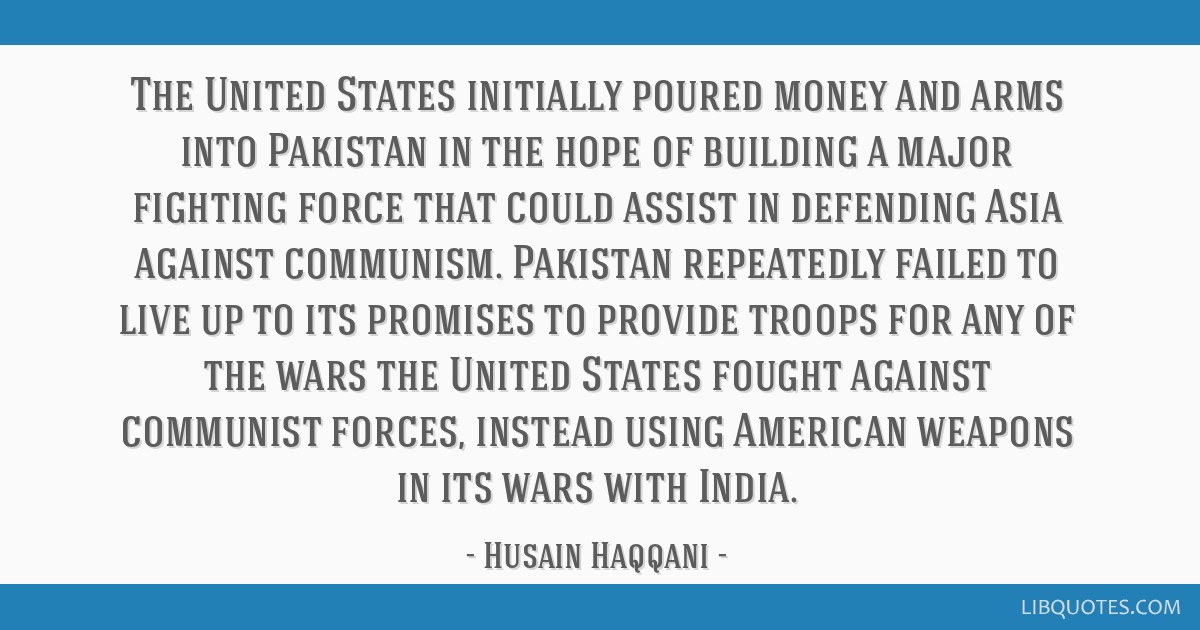 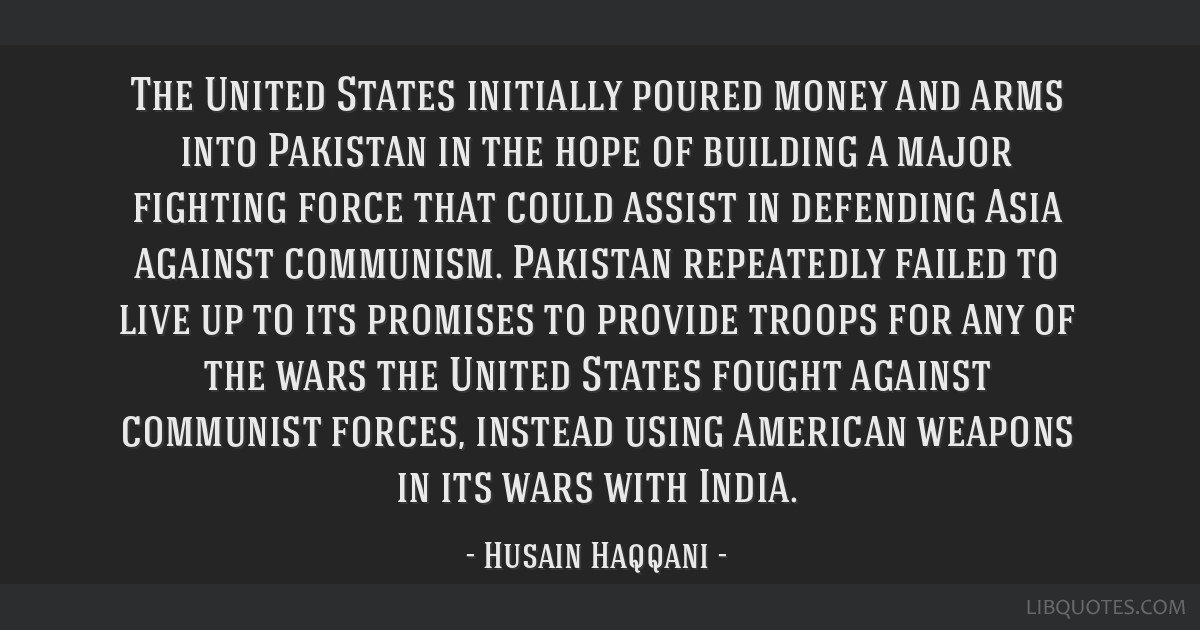 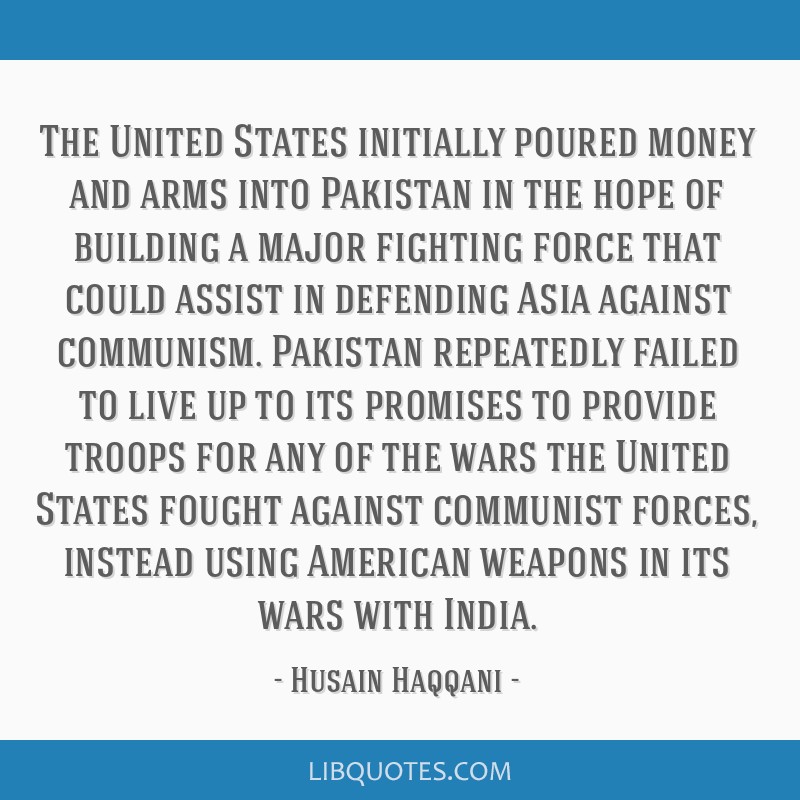 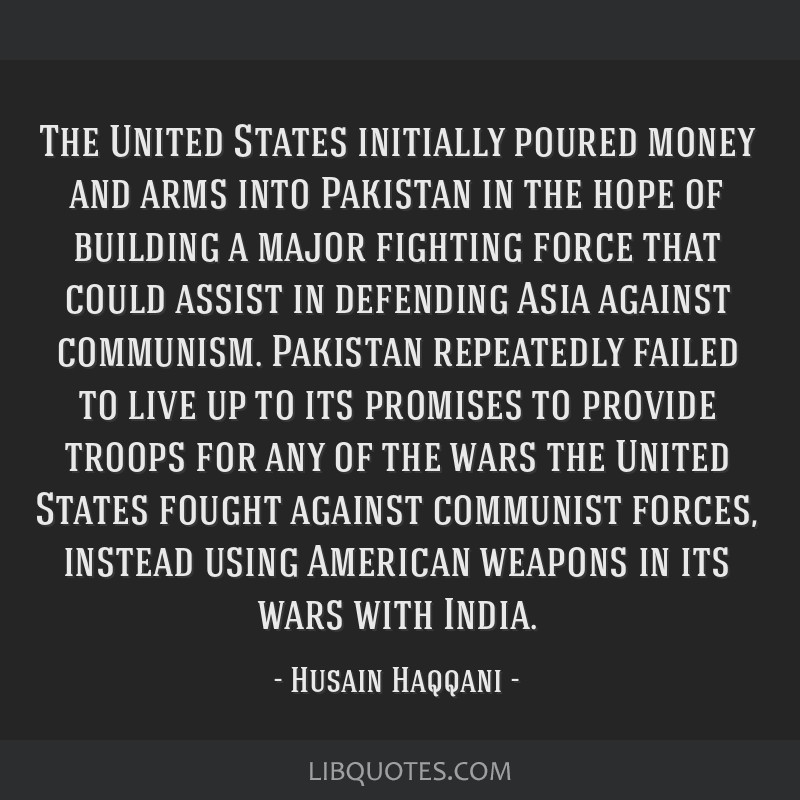 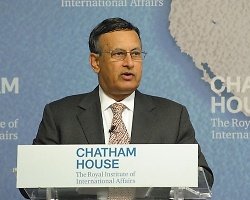