By common consent of the nations, gold and silver are the only true measure of value. They are the necessary regulators of trade. I have myself no more doubt that these metals were prepared by the Almighty for this very purpose, than I have that iron and coal were prepared for the purposes in which they are being used. 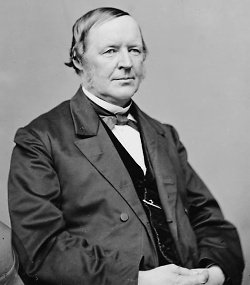 Creative Commons
Born: December 7, 1808
Died: May 24, 1895 (aged 86)
Bio: Hugh McCulloch was an American statesman who served two non-consecutive terms as U.S. Treasury Secretary under three presidents. He was opposed to the National Banking Act of 1864, and attempted to bring the United States back to the gold standard throughout his career.
Known for: